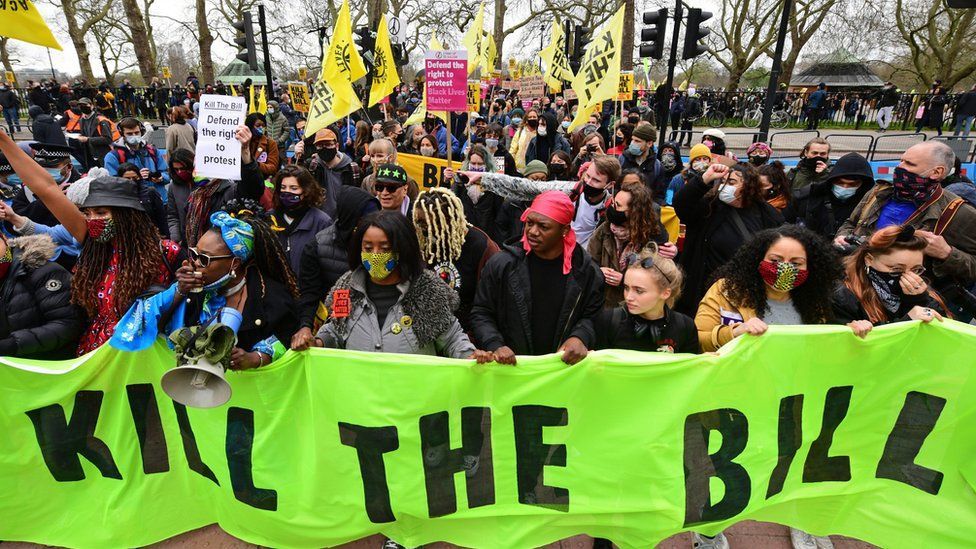 Former Labour leader Jeremy Corbyn urged marchers to "stand up for the right to protest" as protests against the Police and Crime Bill were held around the UK.

Kill the Bill demonstrations took place in London, Birmingham, Liverpool, and Bristol among other places.

Police said 26 people were arrested after a minority refused to leave after the London protest.

Speaking in Parliament Square in central London, Mr Corbyn invoked figures such as the suffragettes and Nelson Mandela as he urged the crowd to oppose the bill.

He said the protests against the bill were sparked after police dispersed the crowd at the "perfectly correct and proper vigil" for Sarah Everard, who was killed as she walked home in south London.

"I want a society where it is safe to walk the streets, where you can speak out, you can demonstrate and you don't have to seek the permission from the police or the home secretary to do so," he said. 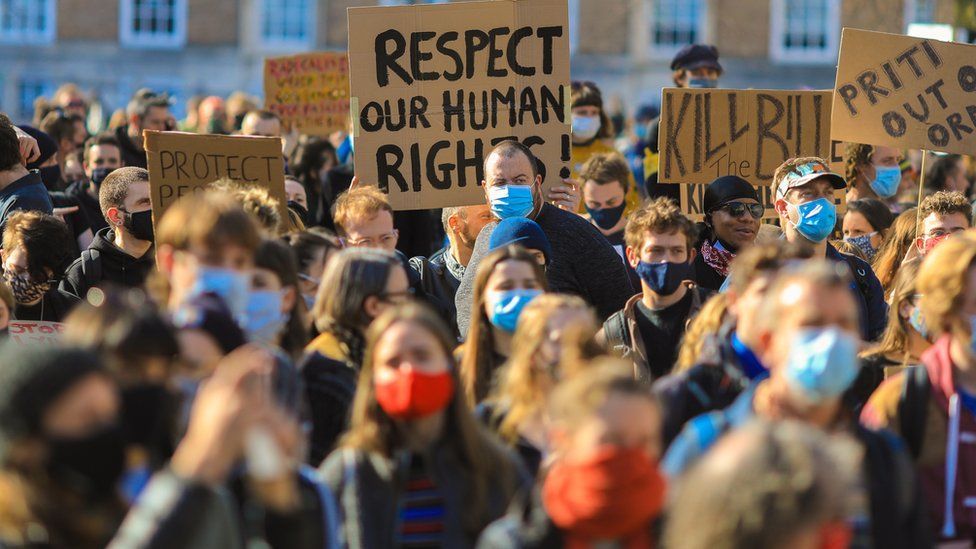 Several women addressed the crowd and shared personal experiences of abuse and being drugged.

Protesters carried anti-sexism placards and chanted "women scared everywhere, police and Government do not care" as they marched past Downing Street.

The protests were prompted by the Police, Crime, Sentencing and Courts Bill, which propose to give police in England and Wales more power to impose conditions on non-violent protests, including those which are deemed too noisy or a nuisance.

Anyone refusing to follow police directions about a protest could be fined up to £2,500. 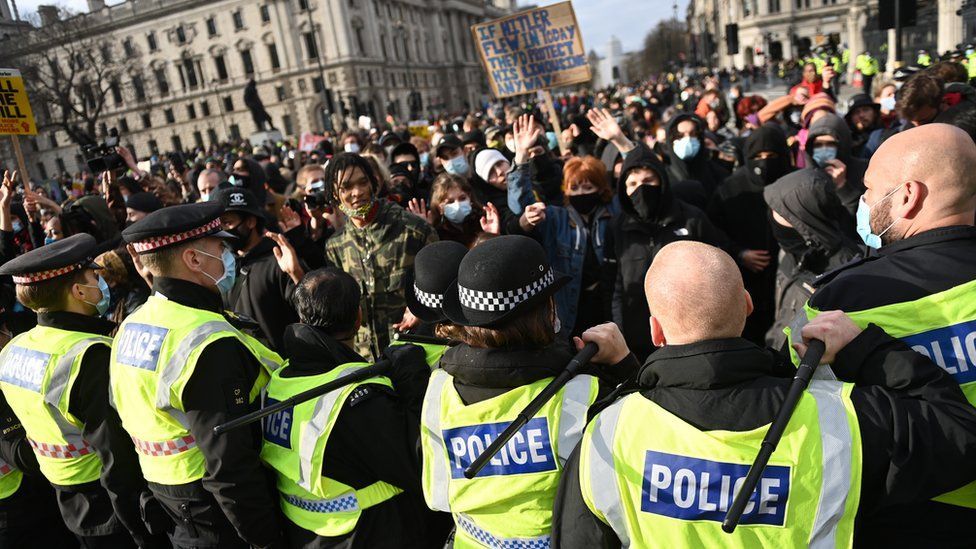 Ministers and police have defended the proposals, saying they were needed to tackle demonstrations such the ones by Extinction Rebellion in 2019, where mass occupations of roads and bridges in London and elsewhere stretched police resources to the limit.

Most of the crowd of several hundred people in London dispersed peacefully after the rally, but police said they made arrests after a "small minority" refused to leave.

In Bristol, more than 1,000 people gathered for a peaceful protest, after demonstrations on 23 March and 26 March ended in clashes with police.

Earlier Kill the Bill protests had taken place under lockdown, but the latest demonstrations are the first since coronavirus rules on outdoor gatherings were eased on Monday in the latest stage of the government's roadmap out of lockdown.

Under the current rules, people can meet outdoors in groups of six or two households. But there is an extra provision to allow outdoor protests with more than six people - as long as organisers carry out a risk assessment and take all reasonable steps to limit the spread of the virus.