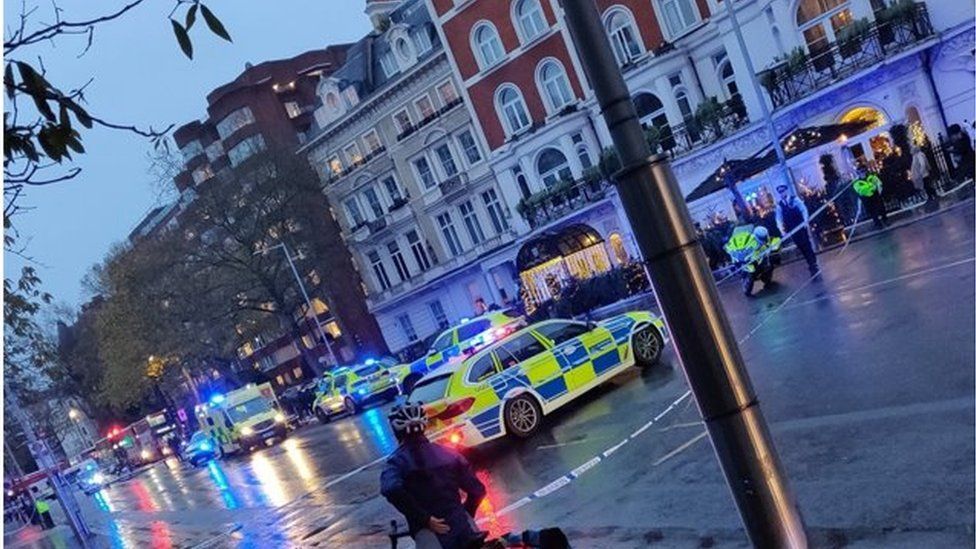 Kensington: Man dies after being shot in police confrontation

A man has died after an incident involving armed police in west London.

Officers had been responding to reports of a man with a firearm entering a bank and bookmakers in Kensington before stopping a vehicle at about 15:20 GMT, the Metropolitan Police said.

An eyewitness told the BBC they saw police shooting at a black Mercedes.

The force said shots were fired and a man sustained gunshot wounds and died at the scene. It said the incident was not being treated as terrorism.

There was "no risk to the public", it said.

Alexis, who did not want to give his surname, told the BBC he saw police with assault rifles surround a black van and shoot at it.

He said: "They shouted 'police'.

"And then they shot twice at the [Mercedes].

"There were two shots in quick succession."

He said he had been worried the van "might explode" so he ran away from the scene and it was then he heard a third shot. 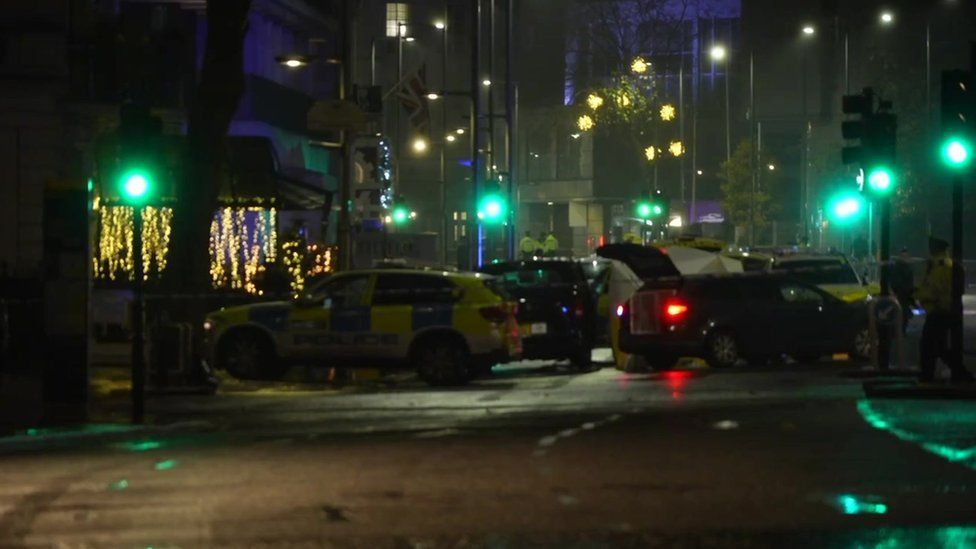 The scene in west London on Saturday night

Police said a man was seen entering a bank and bookmakers in an area near Marloes Road, Kensington, at about 15:05.

He was then seen getting into a vehicle and leaving the area.

The force said the vehicle was stopped by armed officers about 15 minutes later at the junction of Kensington Road and Palace Gate, before shots were fired.

London Ambulance Service and London Air Ambulance were called to the scene, but the shot man was pronounced dead at 16:08.

Police said officers were trying to confirm the man's identity and to inform his next of kin.

The shooting has been referred to the Independent Office for Police Conduct (IOPC) which confirmed an investigation had begun.

A spokesperson said: "After being notified of the incident by the Met Police Service, we sent investigators to the scene and the post-incident procedure to start gathering evidence.

"Our thoughts are with anyone affected."