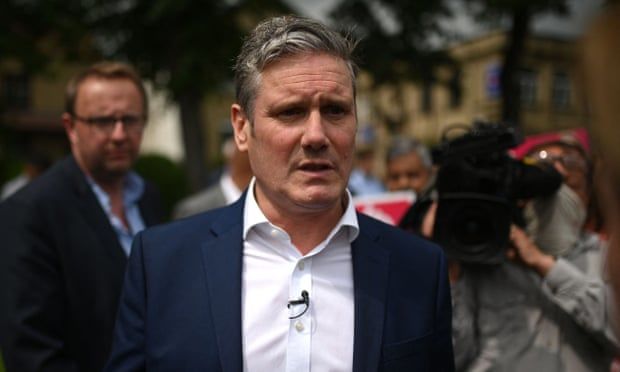 Millions of voters who Labour must win back if it is to regain power have little idea what the party stands for or why it would improve their lives, according to a stark internal analysis by Keir Starmer’s new strategist.

Former pollster Deborah Mattinson, who has been appointed director of strategy in a shake-up of the leader’s inner circle, briefed Starmer, shadow ministers and MPs on sobering internal polling and findings from focus groups days before the summer recess. Her presentation highlighted the huge challenge Labour faces if it is to win back trust in time for a probable 2023 election – and avoid a fifth consecutive loss to the Tories.

Many senior party figures have told the Observer that the central message from Mattinson’s briefing was that victory will be impossible unless Labour finds a way to lure back millions who defected to the Tories in 2019. This can only be done if Labour adopts clearer, sharper, more uplifting messaging about the party’s values and Starmer’s vision, rather than throwing too many policy commitments at voters. Party insiders said the presentation was far from entirely negative as it also highlighted how support for the Tories and Boris Johnson is waning.

“It was not downbeat but it was obvious from what she said that we cannot win without getting these people back, and we can only do that if we are clearer what we are about. We need core messages that appeal,” said a frontbencher. Another said: “The message was that many people do not know what we represent. They think we have given them too much policy rather than telling them in simple terms how we’d improve their lives.”

Some in Starmer’s team believe the party is still suffering damage from the Corbyn era, which ended with the 2019 defeat. Many of those who deserted, in what were previously solid Labour seats, have yet to “get to know” Starmer, say MPs. A senior frontbencher said: “The pandemic has not helped Keir. It is has been difficult to get himself known. The party conference gives an opportunity to introduce him to the country. But there is no time to waste.”

If a general election is held in May 2023, this conference speech will not only be Starmer’s first as leader before a live audience but also the penultimate one before the next election. “We all know this is crucial,” said a member of the shadow cabinet. “This should be the speech where we lay out the vision and create the excitement. If the pandemic is ending and the Tories are on a high, we have to show what we are about. A fifth election defeat does not bear thinking about.

Peter Kyle, MP for Hove, who is on the frontbench, said: “For too long the Labour party has acted as though the whole world is watching and listening attentively to what we are saying. “The truth is we need to speak with singular clarity about our policies and message and do so with colour that lights up the night sky. People will pay attention when we speak their language, not if we just continue to expect them to learn ours.” 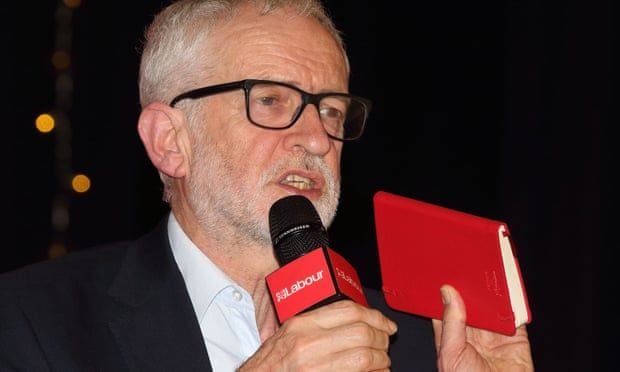 Jeremy Corbyn delivers a speech on the final day of the 2019 general election campaign.

Mattinson is understood to have stressed the need to appeal to older, non-university educated people, many of whom voted for Brexit, and for whom that debate stirred strong feelings about identity and patriotism. She has talked repeatedly about the need to represent people who have lost their sense of job security, seen their high streets decline and feel unrepresented by any party.

MPs said her analysis pointed to clear evidence that many voters were tiring of Johnson and increasingly would be prepared to look at an alternative. “These voters are frustrated with Johnson’s performance – once endearing but now embarrassing – resulting in his lowest ever personal ratings,” said a senior source.

The call to arms from Mattinson came as party membership fell to 430,000 from heights of closer to half a million under Corbyn. Encouragingly for moderates, however, this has been accompanied by signs that Labour’s left is being pushed out of key party posts. Pro-Starmer figures were delighted last weekend by huge gains made within Labour’s London regional body. Two groups who back the leader won 18 out of the 23 positions on offer, while the pro-Momentum chair and vice-chair were both removed.

Figures on the party’s right report a similar retreat among pro-Corbyn activists across other regions and constituencies. It means the delegations sent to this year’s conference could be far less dominated by the left.

The run-up to the conference will also be crucial for Starmer’s leadership as it will see the election of a general secretary of the Unite union, Labour’s most generous paymaster and an influential presence within the party’s ruling bodies. Under the current general secretary Len McCluskey, who has been a key ally for Corbyn, the union has cut funding to the party, though this is not solely approved by the union’s leader.

The union faces a clear fork in the road in its election. Steve Turner, the leftwing candidate, has suggested he will not take a hostile tone towards Starmer as some have demanded, but his victory would still leave the union in the hands of the left. The other frontrunner, Gerard Coyne, has been championed by the party’s right for years and was unexpectedly close to toppling McCluskey at the last election in 2017. He has vowed to broadly support Starmer but reduce Unite’s focus on Labour politics, which was key in ensuring the left gained control of critical party posts and bodies. A third candidate, Sharon Graham, has also vowed to reduce Unite’s focus on Labour, and has been endorsed by the Socialist party.

Figures on the left are pushing for conference battles designed to hand grassroots members more power over MPs. Motions being circulated also seek to replace council tax with a “land value tax”, aimed at the wealthy.

Another motion again risks dividing the party over the Trident nuclear weapons system, by calling on the party to sign up to the Treaty on the Prohibition of Nuclear Weapons.

A third calls on Labour to adopt a “Covid elimination strategy” designed to force the party to be more aggressive in attacking the government over its handling of the pandemic. Another motion that has won strong support of local parties calls for Labour to back a move towards proportional representation for Westminster elections.