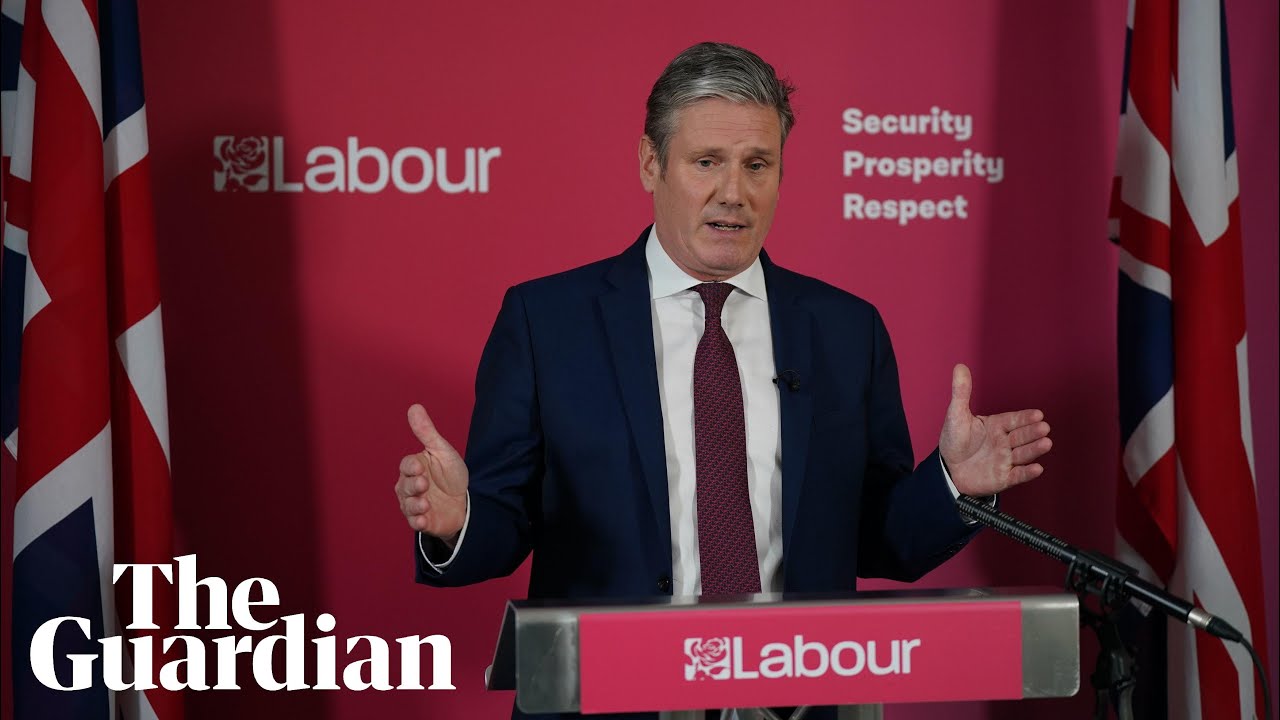 Deputy leader Angela Rayner also says she will step down if fined after Durham police start new investigation into lockdown beer and takeaway event
Keir Starmer has pledged to resign as Labour leader if he is fined for breaching Covid rules by taking part in a gathering in Durham last year in which he and other party activists ate takeaway food and drank beer on a campaigning trip.

His deputy, Angela Rayner, who also attended the event, said she would also resign if she was found to have broken the rules by Durham police, who last week started a new investigation into the event, which occurred on 30 April 2021.

Starmer said he was determined to prove he had “different principles to the prime minister”, who has already been issued with a fixed-penalty notice for breaching lockdown rules in Downing Street.

The Labour leader said he was determined to prove no rules were broken. “The idea that I would casually break the rules is wrong. I don’t think those who are accusing me of it believe it themselves … They are trying to say all politicians are the same.”

In a statement at Labour HQ, he said: “If the police decide to issue me with a FPN, I would of course do the right thing and step down … The British public deserve politicians who think the rules apply to them.”

After hours of agonising with key aides, Starmer said he intended to draw a distinction with Boris Johnson’s approach. “I stand for honour and integrity, and the belief that politics is a force for good, and we shouldn’t all be dragged down by this cynical belief that all politicians are the same. And I am here to make it clear that I am not the same,” he said. “We are not all the same. I am different.”

Starmer said it had been entirely his decision, amid reports he had come under pressure to make the declaration. “This is my decision about what is the right thing to do in these circumstances,” he said. “This is about me. It’s about what I believe in in politics. It’s about integrity, and I believe in integrity, and integrity requires me to take the course of action I have set out if, in the event, I get a fixed penalty notice.” .

Starmer had called on both Johnson and Rishi Sunak to step down after the prime minister and chancellor were among those fined for being at a lockdown-breaching birthday celebration for Johnson in Downing Street in June 2020.

Rayner put out her own statement on Monday afternoon confirming she would also resign if the rules were found to have been broken. “I’ve always been clear that I was at the event in Durham working in my capacity as deputy leader and that no rules were broken. Eating during a long day’s work was not against the rules,” she said.

“We have a prime minister who has been found to have broken the rules, lied about it and then been fined. If I were issued with a fine, I would do the decent thing and step down.”

Earlier on Monday Starmer pulled out of a speech at the Institute for Government as he wrestled with how to respond to the renewed pressure on him over the conduct at the gathering in Durham of Labour aides, some of whom were reported to have been drunk.

The pressure from the scandal has caused some despair among Labour MPs for preventing the party from capitalising on local election results and key airtime ahead of the Queen’s speech on Tuesday.

“We’ve lost hugely valuable time to make our case for what we would be doing in government by cancelling this speech – all because Keir is yet again unable to be bold,” said one MP who counselled in favour of Starmer saying he would be prepared to resign.

Mary Foy, the Labour MP for the City of Durham, in whose constituency office the lockdown meal took place, denied the reports on Monday that some staff had been drunk. “These allegations about my staff are untrue,” she said in a statement.

Starmer has a loophole where he could potentially be criticised by Durham police but not fined – an approach they took after an inquiry into alleged lockdown breaches by Dominic Cummings, who was then the prime minister’s senior aide.

Answering questions from the media, Starmer indicated that he would not necessarily step down if police did not fine him, but said the event could have breached rules.

“The penalty for a Covid breach is a fixed-penalty notice,” he said when asked about that situation. “That’s a matter of law. And I’ve set out what the position is in relation to that.”
#Boris Johnson  #Johnson  #Covid
Add Comment