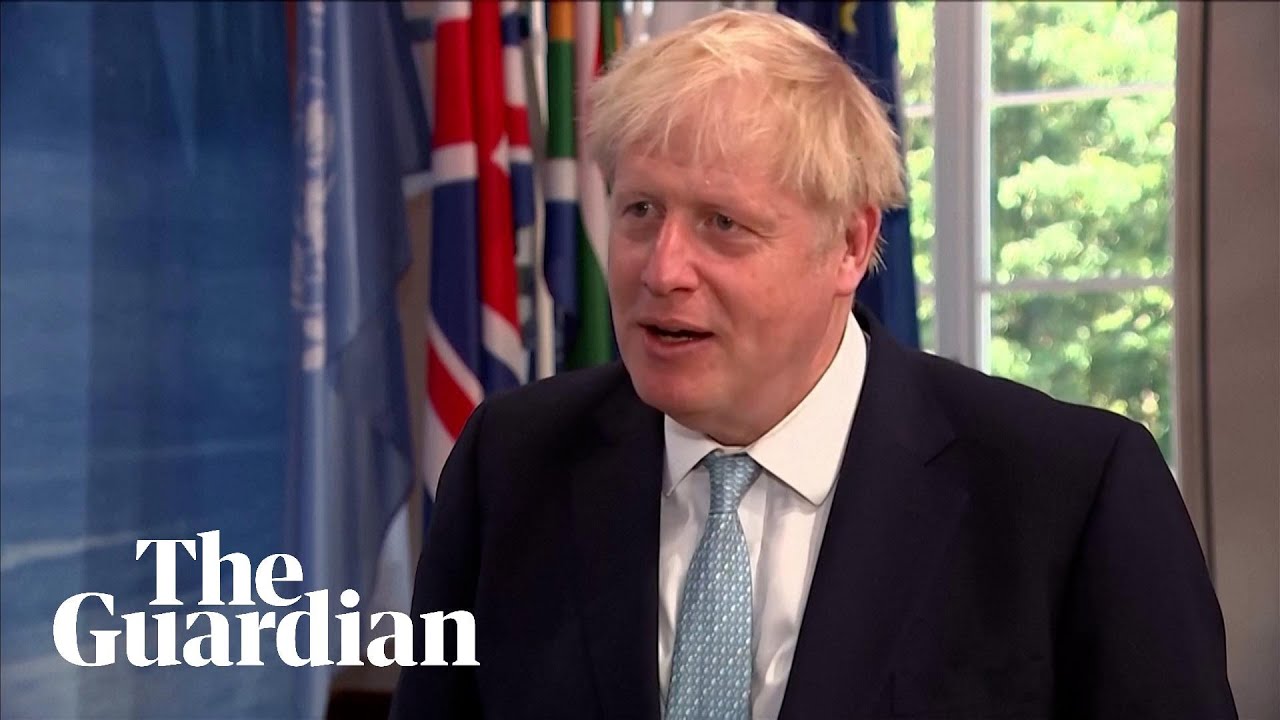 PM struggles to defuse row triggered by insistence that he would remain in office until 2030s
Boris Johnson claimed on Sunday that the record of his government was “remarkable” and “quite exceptional” as he continued to brush aside internal Tory criticism of his leadership.

However, in a series of interviews at the G7 summit in Germany, the prime minister sought to defuse the row triggered by his declaration that he wanted to remain in office until the 2030s by saying he meant he was focused on his reform agenda.

Coming after two huge byelection defeats revived talk in the Conservative party of Johnson being forced out of office within weeks or months, the PM’s comment about already planning a third term prompted claims he was delusional.

As he was leaving the Commonwealth summit in Rwanda on Saturday, Johnson was asked if he intended to serve a second full term in office upon winning a general election, taking him to 2028 or 2029.

Johnson replied: “At the moment I am thinking actively about the third term and you know, what could happen then. But I will review that when I get to it.”

Asked what he meant by leaving after a third term, Johnson said that would mean staying in office until “the mid-2030s”.

No 10 initially suggested that Johnson might have been joking, but on Sunday morning the PM said he was making a point about being focused on the long-term challenges facing the country.

“What I’m saying is this is a government that is getting on with delivering for the people of this country and we’ve got a huge amount to do,” he told reporters at the G7.

Johnson was even more bullish in a subsequent interview with ITV News. When it was put to him that the Conservatives lost the byelections in Wakefield, and in Tiverton and Honiton, because voters had lost trust in him, and that this should be a source of shame, Johnson replied: “No – because I think if you actually look at what this government is doing, it’s pretty remarkable, it is quite exceptional.”

Attributing the byelection defeats to the decision of the media to focus more on his personal conduct than on policy, Johnson went on: “If you want to look at examples of my leadership, then I would point you to what we did to solve the Brexit problem, which was very, very tough; what we did was make sure we had the fastest vaccine rollout in Europe, and what we are doing now to help people through a tough time.”

The Northern Ireland secretary, Brandon Lewis, told the BBC that it was “a good thing” that the PM was talking about a third term, because it meant he was thinking about long-term challenges.

In his ITV interview, Johnson also refused to deny a report in the Times saying that he had discussed getting a Tory donor, Lord Brownlow, to fund the construction of a £150,000 treehouse at Chequers to be used by his son, Wilf. According to the Times, the plan was dropped after the police raised security concerns.

Asked about the story, Johnson said: “There is no such structure.”

Asked if he had discussed getting a treehouse built, he said “all sorts of allegations” had been made about his family in the past and he never discussed them.

MPs opposed to Johnson are planning to use the forthcoming elections to the Conservative 1922 Committee to continue efforts to unseat him. If a majority of anti-Johnson MPs are elected to the executive, they could remove the current rule preventing another vote of no confidence before June 2023.

Over the weekend, Tory MPs urged cabinet ministers to be more robust in their opposition to Johnson. Tim Loughton, a former minister, told Times Radio that he wanted to see more of them “stand up” to the PM. “What I want to see in the cabinet is [more ministers] prepared to say, ‘Are you mad, Boris, if you’re thinking about doing that?’” he said.

Damian Green, who was de facto deputy PM under Theresa May, went further, using an article in the Sunday Telegraph to urge them to mobilise against Johnson. “It is not a secret that a significant proportion of the cabinet think they could do a better job of leading the country than the current incumbent,” he wrote. “Now would be a good time to demonstrate those leadership qualities.”

But a report claiming that up to six Conservative backbenchers were considering defecting to the opposition was dismissed by a senior Labour source.

“There are a lot of disgruntled people out there, and it is true that bits of conversation are going on,” he said. “But that does not mean that people are ready to jump ship.”
#Boris Johnson  #Johnson  #vaccine
Add Comment