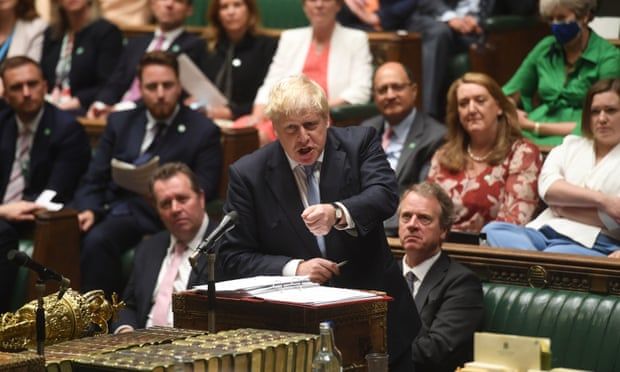 Johnson’s Tories are no longer the party of business

Analysis: business leaders find themselves in the crosshairs when it comes to who will pay for the pandemic

It has been billed in the press as the “death knell for Conservatism”. Culminating in Tuesday’s manifesto-busting national insurance rise, Boris Johnson’s Tories have used the past six months to announce £36bn a year in extra taxes – a bigger rise than in any budget since the mid 1970s.

For many business leaders it is taken as the final straw in a transformation for the low-tax Tories from a natural ally to an uncomfortable bedfellow. From the party of business, to “fuck business”. 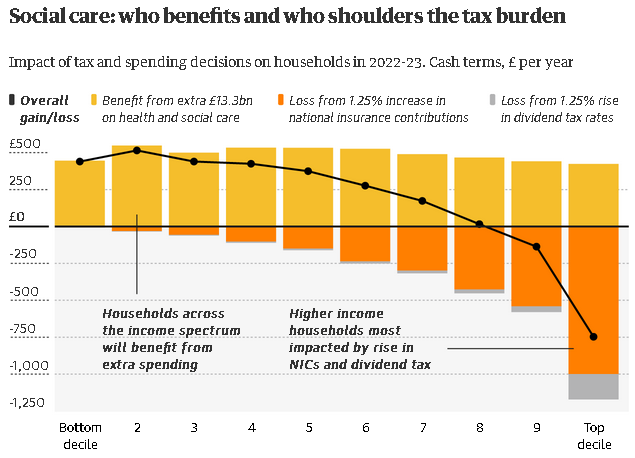 The prime minister’s former employer, the Daily Telegraph, did not mince its words. Its front page declared not only the death of the Conservatism, but the trashing of Tory values.

Responding to the increase in national insurance contributions for workers and companies, as well as higher taxation of dividends, business leaders warn that raising their tax burden will hit investment and jobs in Britain’s fragile post-lockdown economy.

Colliding with Brexit and the end of Covid support schemes such as furlough and hospitality VAT cuts, the move comes at a time when the economy is under rising pressure despite the removal of pandemic restrictions. Shortages of workers and materials threaten to further choke off the recovery.

It is however in keeping with other changes imposed by the government, unwished for in the boardrooms of Britain. Brexit, with its friction for cross-border trade, the steadfast refusal to allow more EU workers to fill staff shortages and scrapping the industrial strategy. For libertarian business folk there have been other shocks: the railways nationalised, steel firms bailed out, workers’ pay subsidised and warning shots for US private equity firms looking to buy British companies.

That said, for all the complaints, business could have faced a far more radical reckoning.

Considerably larger sums could have been raised by taxing wealth, suggesting a readiness to sacrifice business on the altar of another key Tory constituency: the asset-rich.

Businesses will still benefit from among the lowest rates of corporation tax in the western world, despite a planned increase in the rate from 19% to 25%. A £25bn super-deduction tax break is offered, capital gains tax has not risen despite the recommendation of the Treasury’s office of tax simplification and the top bracket for income tax remains unchanged.

The Conservatives’ gradual shift away from low-tax libertarian dogma also highlights our transformed economic times. The long decade of austerity imposed by Johnson’s party after the 2008 financial crisis has fuelled public appetite for higher tax in exchange for better public services, leaving him with little choice but to respond, or face electoral punishment. The pandemic upended economic orthodoxy and is serving to turbocharge the demand for change.

Johnson is hardly alone among western leaders in soaking business to pay for the recovery. Joe Biden is pushing to raise more from companies to help fund a $3.5tn (£2.5tn) Covid recovery plan in the US, while 130 countries worldwide, including Britain and the US, plan to impose a global minimum corporation tax rate.

After the pandemic it is clear that taxes will rise. The only question is where the burden will fall. Unlike decades past, under Johnson business is in the Conservatives’ crosshairs.