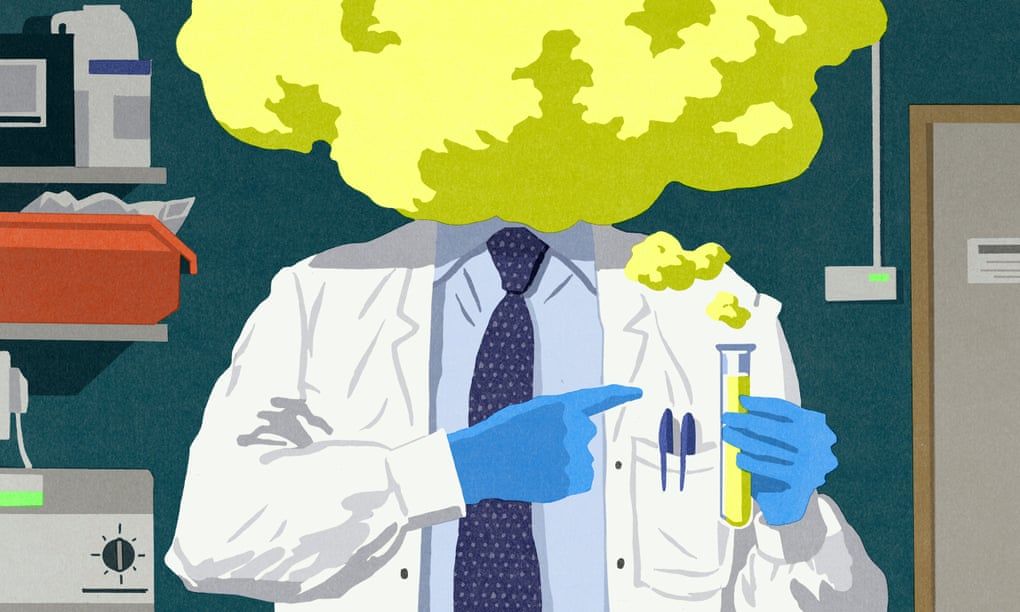 He claims he wanted to be a scientist. One shudders to think what his fraudulent character might have unleashed in a lab
This time last year there was no Covid vaccine and none was imminent. Today, about 43 million Britons – 80% of the UK adult population – have had a dose. The ordeal is far from over, but this will be the crux of the story when future generations narrate Britain’s pandemic: the virus brought fear and death; science replied with vaccines and hope.

The associated political debates will go on in the margins. The jabs may have transformed Boris Johnson’s poll ratings, but that reflects a feelgood factor, which is not bankable. It cannot be deployed later in the year if voters feel bad about something else. The significance of the smooth vaccine rollout to the prime minister’s longer-term reputation depends on whether it is a late bloom of sustained administrative competence or, as seems likelier, a fluke, to be followed by a resumption of 2020-style disarray and prevarication.

For now, the prime minister knows that science is his alibi and his salvation. He uses the claim to have followed its dictates whenever his mistakes are raised. In televised press conferences with medical and scientific advisers, he is unusually coy for a man with an unlimited appetite for the limelight. He makes a public show of deference to experts whose counsel he has been reluctant to heed in private.

This week the prime minister donned a white coat to announce the creation of a new Office for Science and Technology Strategy. This body, based in the Cabinet Office, will direct resources to auspicious projects that will “reinforce the position of the UK as a science superpower”.

There are worse ambitions for a government to have. Scientists will be glad of the attention if sustained new funding matches the boast (which it rarely does with Johnson), and if they are spared political meddling (which the current government cannot resist and is surely the whole point of the thing).

There is a tension between Johnson’s romantic notion of science as the heroic endeavour by which a nation aggrandises itself and science as conducted by actual scientists. It shows when he talks about the vaccines, as this week when he said: “There can’t have been a time in modern memory where every family has owed so much to British scientists.”

The debt is real, and many of those involved work in UK institutions. But they are not all British, nor would the British ones claim exclusive national credit for achievements made possible by international collaborations and immigration. The Oxford-based team that produced the AstraZeneca jab included scientists from Ireland, France, Italy, Germany, China, India, Nepal and New Zealand. The Pfizer/BioNTech vaccine, the first to be rolled out in the UK, was a German-US collaboration led by two scientists of Turkish background.

Johnson also claimed that he “always wanted to be a scientist” but was diverted towards the humanities at school. One shudders to imagine the quackery that his fraudulent character might have unleashed in a laboratory. This is the man who was sacked from his first job in journalism for fabricating a quote. His career is built on the belief that awkward facts can be circumnavigated with a well-turned phrase and that disputing the existence of obstacles makes them disappear.

His first instinct when confronted with news of the coronavirus in early 2020 was to belittle the threat, because that was his preferred scenario. In fairness, he did not then follow Donald Trump down the road of wacko denialism. Unlike many radical American conservatives, Johnson accepts that climate change is real, although he has published doubts about it. He is not irrationally anti-scientific in the way of religious fundamentalists or new-age mystics. He has a relationship with facts, but it is not monogamous.

The prime minister’s beliefs are hard to pin down because they are not a fixed property of his mind but a synthesis of ideological impulse and the prejudices of his immediate audience. They are conjured into being by circumstance and sincerely held for the duration of their expedient lives. Such is the nature of his commitment to science. He means it when he is wearing the white coat or making speeches about Britain as the global capital of quantum computing, gene editing, or space exploration. He just doesn’t like the part of science that insists on statements being proved in observable reality.

That is not new to politics. New ministers often promise to be guided by evidence but the commitment fades once enough personal reputation and budget is already invested in a policy that isn’t working. Vanity drives the machine deeper into failure; bullying ensures that failure is dressed as success. Ambition, fear and ideology provide the apparatus with reasons to go along with the pretence.

It is a dynamic that sustains regimes of left and right. It is especially prevalent where there is a capricious, charismatic leader on whose favour all advancement depends. No one volunteers to bring awkward truth to a boss who rewards messengers of comforting fiction.

Scientists, being human, are not immune to those foibles. But the scientific method does contain, in principle, a duty to look for the flaws in their hypotheses; to test predictions against outcomes. Failure is not humiliating if it generates new information to improve the experiment.

In theory, politics could import that principle. In practice, it is hard to imagine ministers announcing that their solution to a problem actually made it worse, but the money was not wasted because the new policy would be better as a result. It usually takes a change of government to flush out the old mistakes so new ones can be made.

The credible threat of election defeat can also make governments more careful, but Johnson is not subject to that discipline yet. Without it, he can inhabit a reality of his own narration, in preference to one that stands up to empirical rigour. He can put on a lab coat and imagine all kinds of superpower alchemy. But it is fancy dress on a government that likes everything about science apart from its duty to truth.
#Donald Trump  #vaccine  #Pfizer  #BioNTech  #AstraZeneca  #Covid  #Coronavirus  #Boris Johnson  #Vaccines
Add Comment