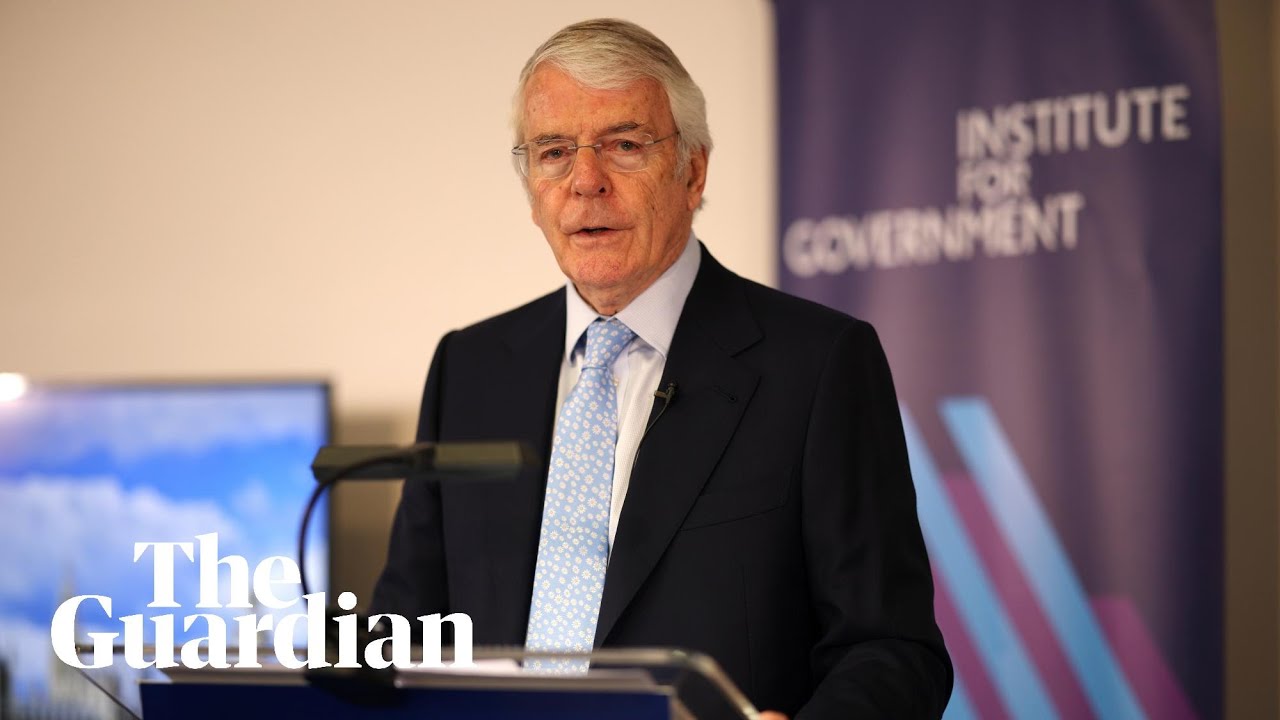 While he now has a brief respite from the threat of a confidence vote by Tory MPs, with the Commons in recess for 10 days, Johnson faces the prospect of at least some staff being fined for breaking lockdown rules, with police saying this seems likely.

“Some, but probably not all, may very well end up with a fixed penalty notice,” Cressida Dick, the now-departing Metropolitan police commissioner, told BBC Radio London when asked about the 50-plus legal questionnaires sent to Downing Street and Whitehall amid an investigation into alleged parties.

Downing Street confirmed on Thursday that it would announce if Johnson was among those who were fined, “given the significant public interest”. However, the prime minister, on a trip to Brussels and Warsaw, avoided questions about whether he would resign if he was found to have personally broken the law.

Major launched his attack on Johnson in a speech in London, saying the prime minister appeared to believe rules did not apply to him, viewed the truth as “optional”, and had tarnished the UK’s reputation overseas with populist-style “megaphone diplomacy”.

Saying MPs had a duty to act in the face of the threats to trust, the former Conservative prime minister said he was confident Johnson and his aides had broken lockdown laws, and their denial of this had left the government looking “distinctly shifty”.

“Brazen excuses were dreamed up,” Major said. “Day after day the public was asked to believe the unbelievable. Ministers were sent out to defend the indefensible – making themselves look gullible or foolish.

“No government can function properly if its every word is treated with suspicion … the lack of trust in the elected portion of our democracy cannot be brushed aside.”

Directly linking Johnson to people such as Donald Trump, Major warned that democracy was a “not a passing fancy” and could only be maintained through public trust and governments upholding common values.

“Our democracy is a fragile structure; it is not an impenetrable fortress. It can fall if no one challenges what is wrong, or does not fight for what is right,” he said.

Reacting to Major’s speech, allies of the prime minister focused mainly on personal attacks. Zac Goldsmith, a minister and personal friend who was made a peer by Johnson, called Major “a stale old corporatist”.

Nadine Dorries, another staunch Johnson ally, said she would not withdraw support for the prime minister even if he was fined. However, she did say there were circumstances in which she could lose faith.

“If he went up and, you know, kicked a dog, I’d probably withdraw my support for him, but no, based on his professional delivery for the UK, no, absolutely not,” the culture secretary told CNN in Dubai during a ministerial trip to the region.

Answering questions after the speech, Major said his criticisms extended to those around Johnson, and that if he had acted in the same way while in office, aides or fellow cabinet ministers would have told him: “We really don’t do things this way, you can’t do this.”

Major said: “If the prime minister has been given this advice and not accepted it, then I don’t understand why the people giving that advice have not resigned. And if he is not being given that advice, either by other members of the cabinet or the cabinet secretary, I think it is reasonable to ask: why not?”

While saying he was “not here to pronounce on the fate of any individual”, when asked if a prime minister should resign if they broke the law, Major replied: “That has always been the case.”

In another section of the speech, Major said Johnson appeared to have contempt for ministerial standards, noting a series of examples including the his decision to reject a report about the conduct of the home secretary, Priti Patel.

“It may be possible to find excuses for each of these lapses – and others – but all of them, taken together, tell a different tale,” Major said. “The prime minister and our present government not only challenge the law, but also seem to believe that they, and they alone, need not obey the rules, traditions, conventions – call them what you will – of public life.

“The charge that there is one law for the government, and one for everyone else is politically deadly, and it has struck home.”