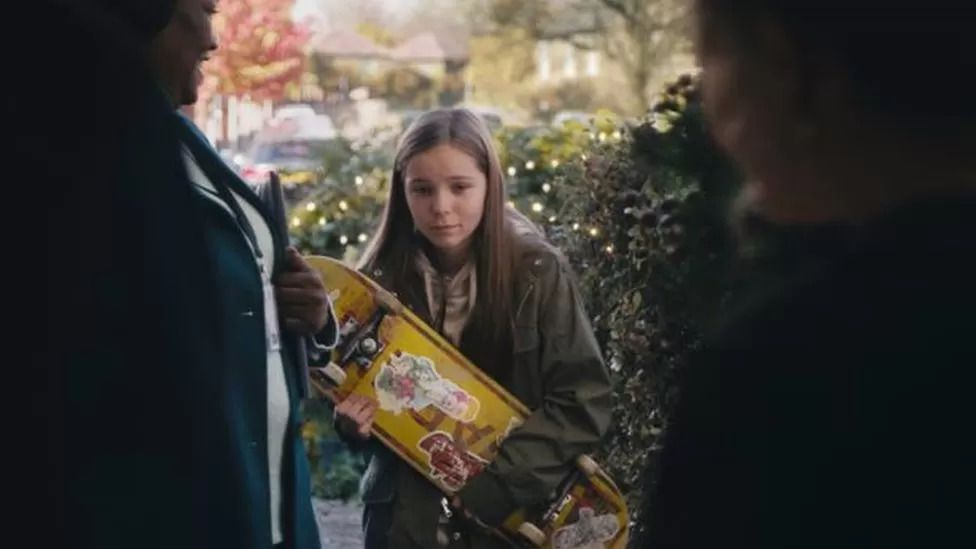 Christmas adverts have started on TV - and as ever, many conjure up sentimentality, nostalgia and joy.

But as the cost of living soars, some retailers have opted for a more muted approach to their campaigns this year.

John Lewis said its advert, featuring a foster family, was less about buying things and more about kindness.

But some retail experts warned scenes of bountiful buffets in other ads were still out of touch as families struggle with rising prices.

John Lewis is the latest big name brand to beam its festive message into homes around the UK. It told the BBC the cost-of-living crisis was "front of mind" when deciding what tone the advert should take.

"I don't think we're going out there saying, 'don't buy anything'. Because we wouldn't be in business," said Claire Pointon, director of customer at John Lewis.

"But this advert is not about 'go and buy things'. This advert is about saying how can you as an individual show kindness to someone else who may need it. I think that's quite an important message at Christmas."

Reaction to the ad has largely been positive, with many on social media saying they felt genuinely moved.

However, others said it was not "Christmassy" enough, or that the retailer had not properly researched fostering and adoption.

Many retailers have also given a nod to the cost-of-living crisis in their Christmas adverts this year.

Tesco and Lidl have both put an emphasis on price and affordability in their messaging, at a time when many families are facing rising grocery bills.

Tesco's Christmas party advert promises to deliver an affordable and joyful festive season. "The only thing we'll cut are prices," it says.

Lidl's ad features a girl's teddy bear that unexpectedly finds fame and becomes the face of the supermarket's advertising campaign. It continued to promise its well-known phrase to customers this Christmas season: "Big on quality, Lidl on price."

Market research experts say brands were being careful not to look out of touch with their customers.

"There clearly is a more muted tone this year, and that's fitting for the time we're going through," said Nick Carroll, associate director of retail research at Mintel.

"Consumers are really feeling the pressure of rising living costs and retailers want to speak to that audience and represent that." 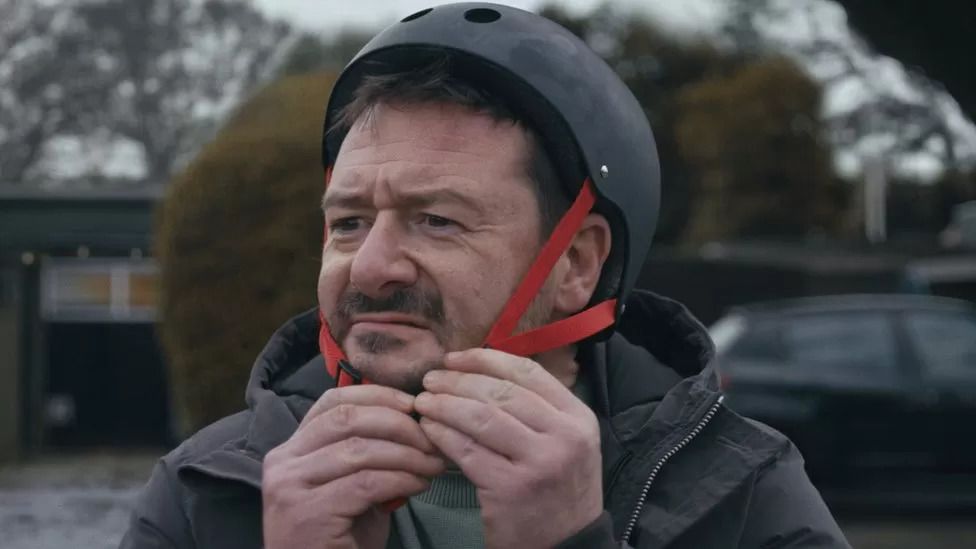 The John Lewis advert, called The Beginner, shows a middle-aged man learning how to skateboard and suffering a series of accidents and failed attempts in the process.

In the final scene, we meet Ellie, a young teenager clutching her skateboard as she waits to enter her new foster home. The reason for the man's efforts become clear, as we realise he was trying to master the skill of skateboarding in order to connect with Ellie.

John Lewis would not comment on how much it cost to make the advert, which is 90 seconds long and set to a cover of Blink 182's All The Small Things by the artist Mike Geier.

But it doesn't have any of the special effects that you might have seen in Christmases past, nor any recognisable celebrities.

That was a "very deliberate choice", explained Ms Pointon.

"The tone has been important for us in terms of how we tell the story," she said.

Retail and marketing experts agree that brands will have had to work hard to get the tone right this year, at a time when many people are cutting back.

"Obviously they're thinking about making money but first and foremost, they have to be thinking about how to really help people," said Sophie Lewis, chief strategy officer at creative company M&C Saatchi.

"We have to be mindful of not encouraging or pressurising people into feeling that they have to consume vast amounts in order to have a happy time," she said.

The cost of living is increasing at its fastest rate in 40 years, largely as a result of rising food and energy prices. This is putting pressure on household budgets. 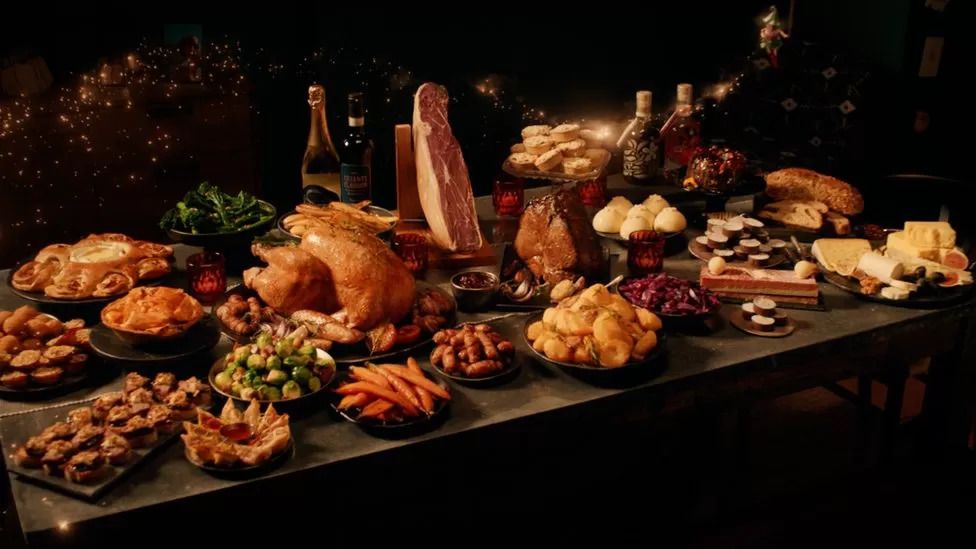 However, not all supermarkets showed such restraint around their festive campaign this year.

Marks and Spencer were first off the mark with their Christmas ad, featuring the voices of comedy legends Dawn French and Jennifer Saunders.

The advert, which features an animated fairy, cuts to a table set with a huge spread of festive food - but no prices are mentioned. 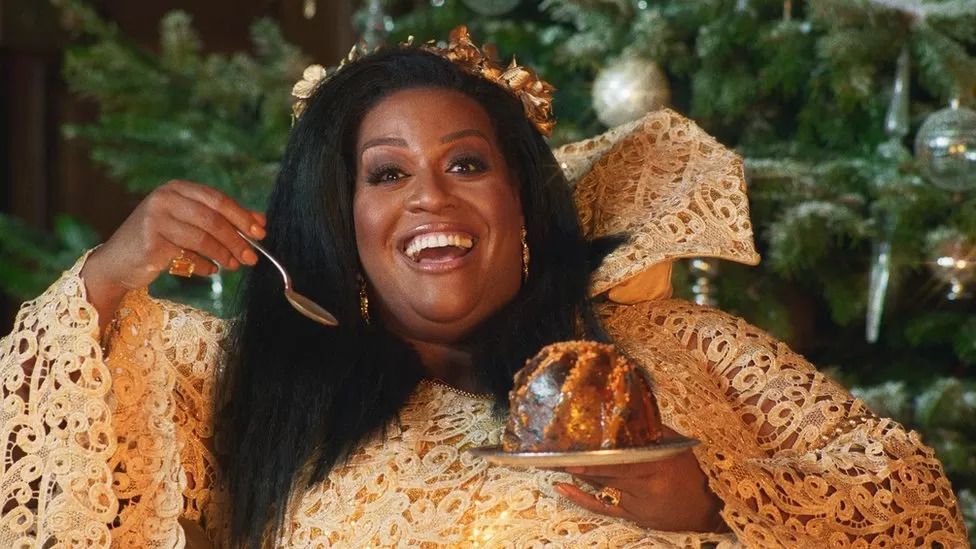 Alison Hammond stars as a countess in Sainsbury's Christmas advert

Likewise, Sainsbury's advert, set in an imaginary world starring Alison Hammond as a countess in a Bridgerton-inspired setting, ends on a display of a vast festive buffet.

Such indulgent and expensive-looking scenes have drawn criticism for being at odds with the more modest offerings many families will be able to stretch to this year.

Retail expert Catherine Shuttleworth, said the sight of tables piled high with fancy food seemed "a bit over the top".

"Not everyone is able to afford such niceties, and if we're going to be seeing images like that for weeks and weeks going into Christmas, you can see how that would be challenging," she said.

However, Ms Shuttleworth added it was a difficult context to be advertising in.

"Retailers have to strike a balance between recognising that consumers are facing financially challenging times, but also acknowledging that people still want to have a brilliant Christmas, particularly after the past couple of years during the pandemic," she said.

"People don't necessarily want the current tight times to be reflected back at them," she said. "Christmas is also about having fun."

She added that many of these ads will have been planned and made months in advance, and may have been even more muted if they had been planned in the current climate.