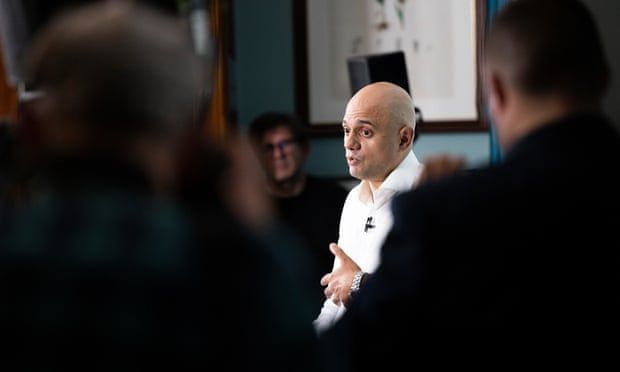 Taking aim at Rishi Sunak, Javid, his former Treasury protege, hit out at the ex-chancellor’s “business-as-usual” approach and added: “We can’t rely on increasing taxes again and again.”

Nearly a month to the day since the pair’s sensational resignation led to the downfall of Boris Johnson, Javid declined to endorse Sunak and instead backed Truss to become prime minister.

He said her immediate tax cut pledges were “risky”, but told Times Radio: “Not cutting taxes now is also risky and I think it’s the riskier option. There’s no risk-free option here and any leader has to grip this and come up with the right policy and I think that’s what Liz is offering.”

Having launched a failed attempt to be leader himself after quitting as health secretary last month, Javid became the latest in a trickle of MPs to jump on to Truss’s campaign.

He told Times Radio that Office for Budget Responsibility forecasts had about £31bn of “fiscal headroom” by 2024/25, “so that’s the first thing you can use to make tax cuts now”.

Not going ahead with a planned increase in corporation tax from 19% to 25% in April wouldn’t affect inflation figures, Javid said.

“It is not inflationary to not go ahead with a tax increase,” he said. “I don’t buy this argument that the things Liz is proposing, somehow they are all going to lead to higher inflation. In the long term they are going to help to fix the economy and that is the most important thing.”

A similar argument was made by the attorney general, Suella Braverman, also a Truss supporter, who said on Thursday: “We can’t afford not to cut taxes.”

It came hours before the Bank of England was expected to raise interest rates by half a percentage point – the biggest increase since 1995. The energy price cap will also be changed quarterly instead of every six months, Ofgem announced on Thursday.

Truss’s plans were called dangerous by Mel Stride, a Sunak supporter who chairs the Commons Treasury committee, given the economic outlook this autumn.

“What we must do now is avoid stoking the inflation and making the problem even worse,” Stride told BBC Radio 4’s Today programme. “One of the ways you can make the problem very significantly worse is by coming forward with large-scale, tens of billions of pounds’ worth, of unfunded tax cuts.”

He added: “The big decision, fiscally, here is around tax. You have to do it in a measured way and at the right time but not start coming forward with tens of billions of unfunded tax cuts right now.

“I think that would be really quite dangerous.”

Despite Sunak trailing by up to 30 points in polls of Conservative members, who have a month to vote in the leadership election, Stride said his candidate would “absolutely not” concede and claimed there was a “huge disconnect” between survey results and his experience.

Two Thatcher-era cabinet ministers also described Truss’s immediate tax cuts as reckless, and said the former prime minister would have been more welcoming of Sunak’s plan to wait until inflation was settled.

The final TV debate will be hosted at 8pm on Thursday night by Sky News, although the candidates will not go head-to-head. Instead they will separately face questions from a studio audience of Tory members followed by a one-on-one interview with Kay Burley.

Truss said at a hustings in Cardiff on Wednesday night that she wished the debates between the two leadership finalists had been conducted more privately and not so much in the public eye.
#Boris Johnson  #Johnson
Add Comment