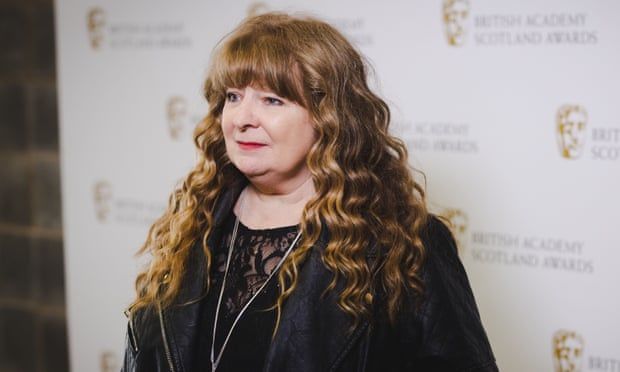 Comedian described as Nicola Sturgeon’s alter ego made series of posts using ‘offensive, hurtful language’
The Scottish government have dropped Janey Godley, the comic described by Nicola Sturgeon as her “alter ego”, from their latest public health campaign after a series of “unacceptable” tweets by the Glaswegian comedian emerged.

Godley is well known for her comedy voiceovers of high-profile figures, including spoofs of the first minister’s Covid briefings during the pandemic. She is also a standup and has appeared on Have I Got News for You.

But the Scottish government responded decisively after the Daily Beast published dozens of historical tweets, which it describes as “shockingly racist”, on Thursday morning. Godley also used what she has since acknowledged herself as “offensive, hurtful language” about disabled people and Chernobyl victims.

The posts reference black American celebrities, including Kelly Rowland from Destiny’s Child, 50 Cent and Snoop Dogg. In a series of tweets written while Rowland was judging the UK X Factor in 2011, Godley describes the singer as “the black horse from USA” and in another states “Kelly does speak like the stereotyped black Aunt Jemima who stands on a stool in the Tom & Jerry cartoons screaming ‘TOM TOM’.”

Other posts refer to rapper 50 Cent as “a big black man talking about his dick” and suggest that Snoop Dog is “a black rapper of course he has weed that’s his job isn’t it?”

A Scottish government spokesperson said: “A series of unacceptable tweets by Janey Godley have been brought to our attention and, while she has rightly apologised, trust in our public health messages at this time is paramount. We have therefore taken the decision to withdraw any further campaign material in which Ms Godley features. The material will be discontinued immediately on our own channels and withdrawn as soon as possible from external media.”

Godley pinned a video apology to her Twitter account just prior to the Scottish government announcement, in which she stated: “I have used phrases, words, comments with horrifically despicable undertones and you can’t just pass that off as comedy. I accept any criticism that comes my way.”

She went on: “If I don’t own the shame of these phrases and words, I would be disingenuous to everybody who has ever supported me. I’m sorry, I will be better and I can’t apologise enough.”

Godley first came to international notice in 2016 when, the day after the UK voted to leave the EU as Donald Trump visited his Turnberry golf course, she was photographed surrounded by police holding a handwritten protest sign that read, “Trump is a cunt”.
#Donald Trump  #Covid
Add Comment