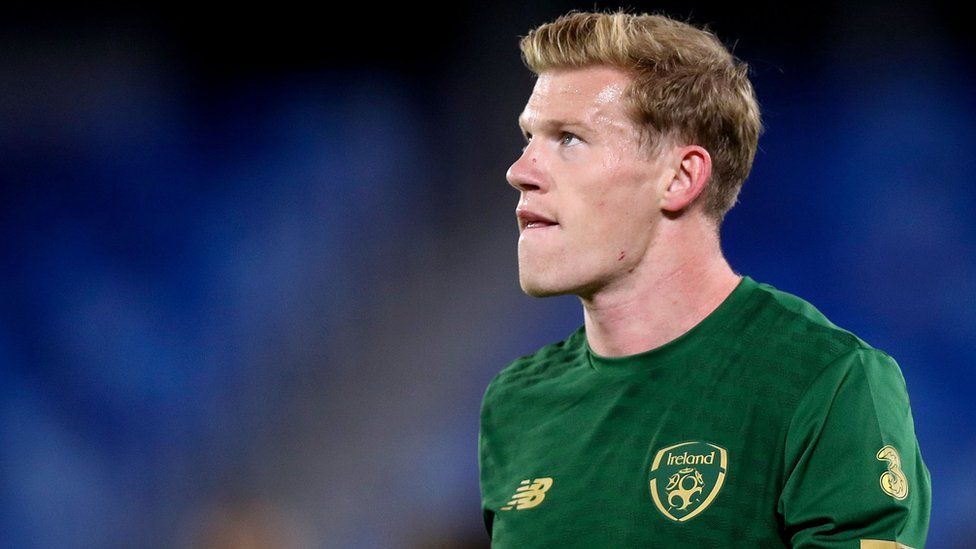 Republic of Ireland footballer James McClean has welcomed political support he has received over online abuse directed towards him and his family.

Earlier this week Stoke City's McClean, 31, shared an Instagram message that threatened to set his family home on fire, in a string of abusive messages.

NI First Minister and DUP leader Arlene Foster was among politicians who condemned the abuse.

"All I am asking for is people to respect my views," Mr McClean said.

Speaking to BBC Radio Foyle, the footballer from Derry's Creggan estate said: "I welcome the support because it's not a green or orange thing or a point-scoring thing. It is about anti-Irish abuse and how it's been over decades.

"Fellow players have backed me and even today Arlene Foster from the DUP, Michelle O'Neill from Sinn Féin and the Taoiseach (Irish prime minister), Micheál Martin.

"It is no longer acceptable and people need to stand up and speak out against it because it's been going on for far too long."

Ulster Unionist Party leader Steve Aiken also said that "too many of the people indulging in such abuse are able to hide behind anonymous online accounts".

On Wednesday, the Taoiseach Micheál Martin also tweeted his support for the McClean family, congratulating them for "speaking out about years of horrific abuse they've suffered online". 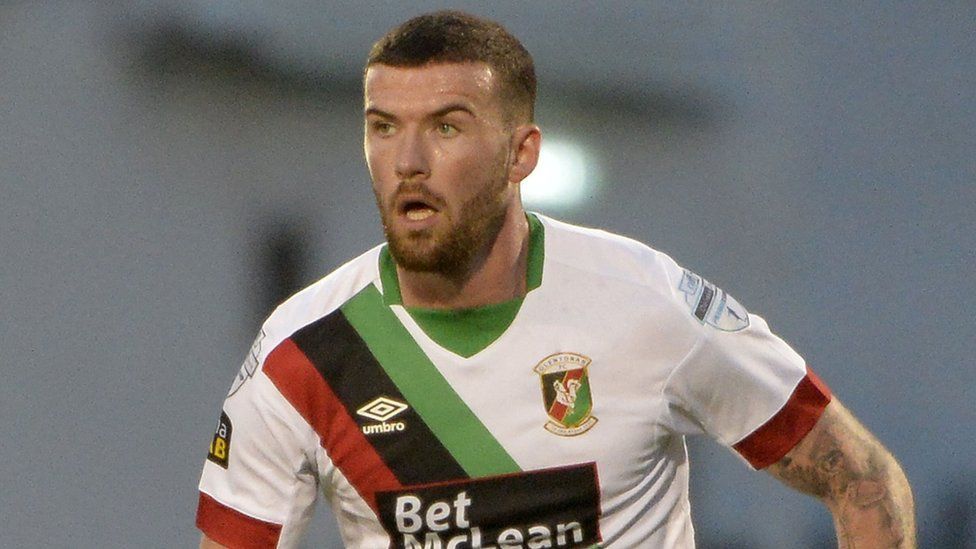 Mr McClean also told the programme that his brother, Patrick McClean, who plays for Northern Ireland Football League club Glentoran, has also been the subject of online abuse.

The Football Association of Ireland issued a statement on Monday offering its support to McClean and his family and also condemned the abuse.

Mr McClean said by speaking out he hopes that future generations will not have to experience the level of abuse he and his family have been subjected to.

"I was a young boy growing up in Creggan with dreams of becoming a footballer.

"I am in a position where I can provide for my family so it's worth it, but it would be even more worth it when my career is over and done that the next generations are not subjected to this kind of abuse."

He added: "I have a five-year-old son and all he wants to be is a footballer, all he knows is Stoke City and Ireland.

"If we can stop this now, God willing he becomes a professional footballer, because he's good enough, playing his trade in the UK he won't have to put up with this.

"Not just him, but any young Irish footballer who has aspirations of coming across the water, can play their football freely and not have to put up with this."