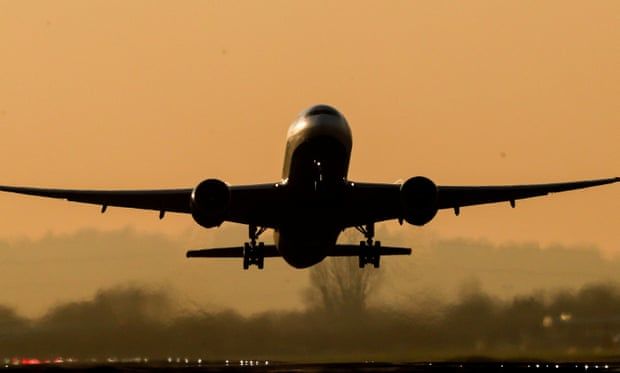 Up to 50 Jamaicans, some of whom came to UK as children, are due to be on flight next week
Jamaica’s top diplomat in the UK has said he is “deeply concerned” about Home Office plans to send people who came to the country as children back to the Caribbean island on a deportation flight next week.

Deportation flights to Jamaica raise particular concerns because of the Windrush scandal. Although the Home Office says nobody from the Windrush generation will be on next week’s flight, some due to fly have Windrush family connections and many have lived a substantial part of their childhoods in the UK, including one person who arrived when he was three months old.

Seth Ramocan, Jamaica’s high commissioner in London, said: “From a human rights perspective I am deeply concerned about cases in which persons are being removed having lived in the UK since childhood and have no known relations in Jamaica or familiarity with Jamaica. There are clear examples of these cases and I implore the Home Office to give due consideration to this concern.”

Up to 50 Jamaicans are due to board next week’s flight, although it is understood that the Home Office expects the final number to be much lower than that.

A survey carried out by Movement for Justice of 17 Jamaicans detained in preparation for the flight found that 10 of them have lived in the UK since childhood. One man came to the UK 31 years ago at the age of nine and was raised by his Windrush-generation aunt after his mother’s death in Jamaica.

At least 24 British children are facing separation from their fathers as a result of the deportations.

Before another Jamaica charter in December 2020, a deal was quietly agreed between the Home Office and the Jamaica high commission not to put people on the plane who had come to the UK at the age of 12 or under, but a similar agreement does not appear to be in place this time.

A report from the former prisons ombudsman Stephen Shaw in 2018 called for an end to the deportation of people who have lived in the UK since childhood.

The Home Office is planning to deport people with no criminal convictions who have overstayed visas. However, the Guardian knows of three people in detention in this position who have had their removal directions deferred in the past 24 hours.

Karen Doyle, of Movement for Justice, said: “The past two Jamaica charter flights have not had anyone on them who arrived in the UK at the age of 12 or under. If you are born here, raised here, schooled here, you shouldn’t be sent to a country you no longer know. It’s a travesty and an injustice.”

Bella Sankey, the director of Detention Action, said: “The Home Office has spent Black History Month planning a mass expulsion of black British residents. This government’s current citizenship and deportation laws build on colonial injustices and are inhumane. Until they are brought in line with basic human decency, airlines should refuse to collaborate.”

A Home Office spokesperson said: “Those who have no right to be here and foreign-national offenders should be in no doubt that we will do whatever is necessary to remove them. This is what the public rightly expects and why we regularly operate flights to different countries.

“Extensive checks have taken place to ensure no one being removed is a British citizen or eligible for the Windrush scheme. People are only removed to their country of origin when it is deemed safe to do so.”
Add Comment