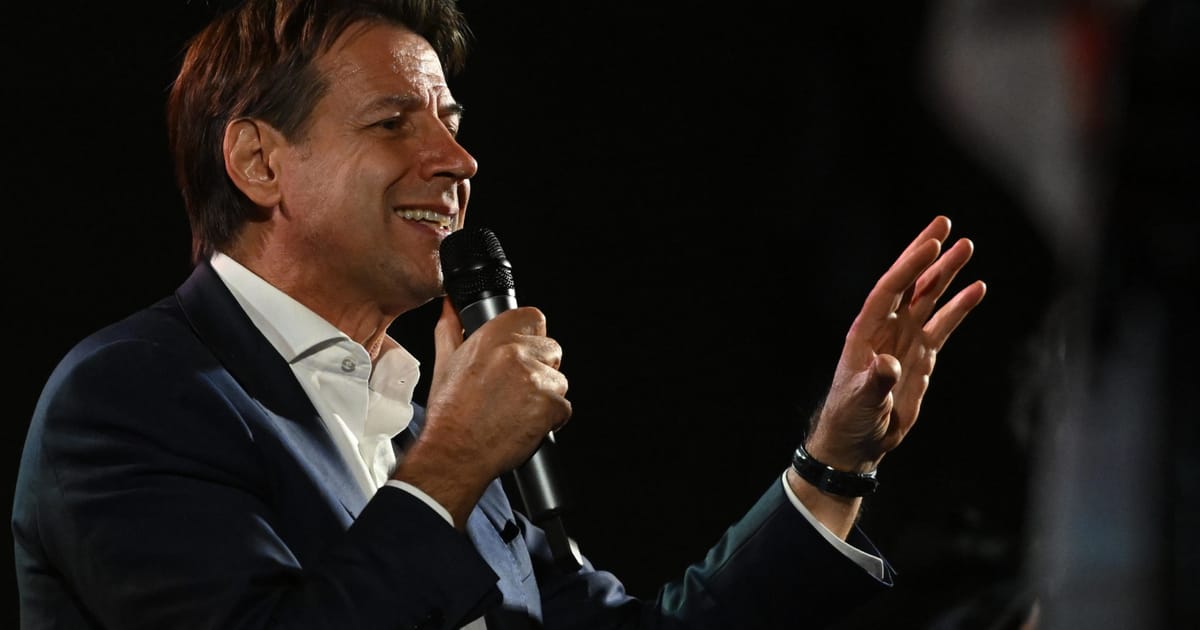 The 5Star Movement appear to be gaining ground in Italy’s south, building on fears that a right-wing government could scrap a flagship welfare scheme.

The 5Star Movement appears to be staging a late comeback in Italy’s south ahead of Sunday’s snap general election, building on fears that a new right-wing government would scrap a popular welfare payment.

Final opinion polls published 12 days ago suggested the right-wing coalition was on course to win a comfortable majority. But in the south of the country, where the majority of recipients of the so-called “citizens’ income” live, election analysts reckon that the right may be losing ground to the 5Stars.

The far-right Brothers of Italy — whose leader, Giorgia Meloni, is favorite to become prime minister — have said that the welfare benefit, worth around €780 a month, should be scrapped and replaced with new measures to help those who cannot work. Another member of the right-wing coalition, the League, has called for the benefit to be dropped and replaced with a scheme that would see recipients accepting work that is useful to the community.

Some 1.6 million of the 2.4 million recipients of the citizen’s income, introduced by the 5Stars in 2019, are in southern Italy, or Mezzogiorno. In some parts of the south, such as Calabria, the average monthly wage is around €1,000, not much more than the value of the benefit.

In some southern regions such as Sicily, almost 7 percent of those eligible to vote receive the citizens’ income, which could translate to 9-10 percent of the vote on Sunday.

5Star leader Giuseppe Conte has been campaigning hard in the south with the message that the other parties “are waging war on the poor.”

Opinion polls can no longer be published, but analysts say a number of seats in Puglia, Campania and Sardinia, which were previously expected to go to the right-wing coalition, could now be in play.

If the 5Stars take back some of those seats, they could prevent the right from gaining a majority in parliament and therefore prevent them from forming a coalition government without expanding their alliance to include centrists.

Meloni will close her electoral campaign on Friday in a suburb of Naples, where almost half-a-million people get the citizens’ income.

Roberto D’alimonte, professor of political science at Luiss University in Rome, said that the citizens’ income “is a major issue in the south.”

“If 5Stars do very well in the south they could steal a number of first-past-the-post seats and the right might be denied a majority,” he said. “It’s very unlikely that this could happen as they would need to get 30-35 percent of the vote but not impossible as the 5Stars are gaining nationwide and particularly in the south.

“The right made a mistake [by talking about abolishing the citizens’ income] but they were responding to their constituency which includes businesses that have struggled to find workers. Now they are backtracking.”