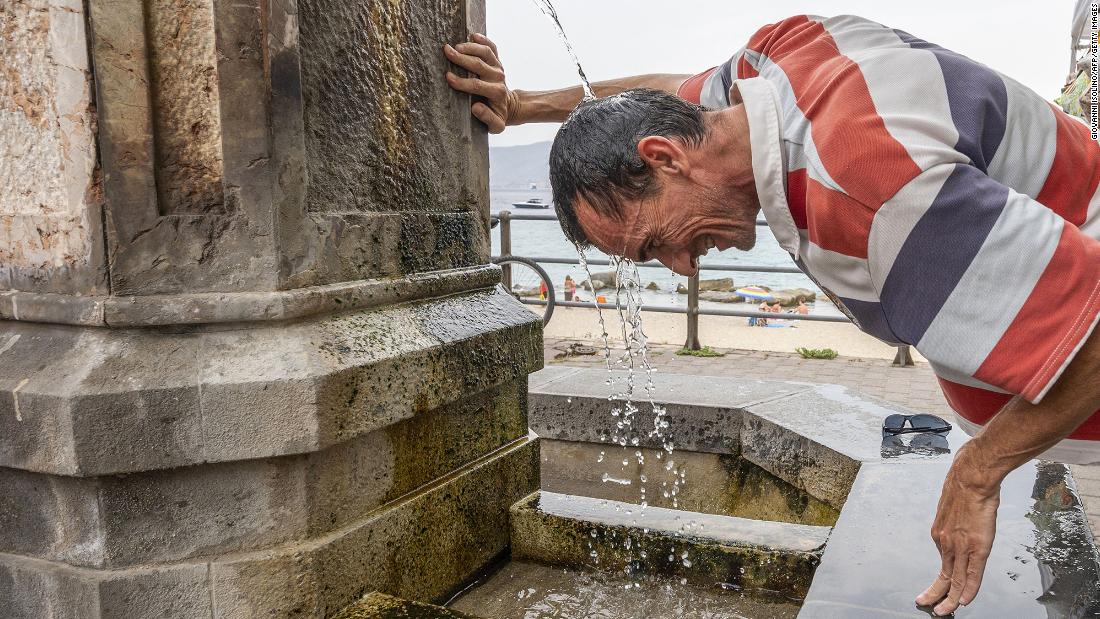 Authorities in Italy say the island of Sicily may have set an all-time heat record for Europe, hitting a temperature of 48.8 degrees Celsius (119.8 degrees Fahrenheit).

The city of Siracusa hit the blistering record on Wednesday afternoon, as an anticyclone -- which Italian media reports are referring to as "Lucifer" -- swept in and continues to moves north up the country. A persistent heat wave around the Mediterranean in Europe and North Africa has contributed to some of the worst fires seen there in years.

The hottest temperature ever recorded in Europe was 48.0°C (118°F) in Athens, Greece in 1977, according to the World Meteorological Organization (WMO).

The record in Italy was confirmed by Sicilian authorities, but needs to be officially verified by the WMO.

"At the moment there are no reasons to invalidate it, but if possible we will make an ex-post evaluation on the accuracy of the measure" said the Sicilian Agrometeorological Information Service, Sicily's official weather station operator.

An anticyclone is a high-pressure system, where atmospheric pressure is relatively higher than the air surrounding it.

In the Northern Hemisphere, they turn clockwise, while they turn the other direction in the southern hemisphere.

Some of the fires have been started by arsonists, but scientists say it's the climate crisis that is making heat waves and fires more frequent and intense, and therefore more destructive.

An authoritative report by the UN's International Panel on Climate Change published Monday said that 38 weather conditions that promote wildfires have become more probable in southern Europe over the last century. Globally, the heat waves and droughts worsening fires have increased too. 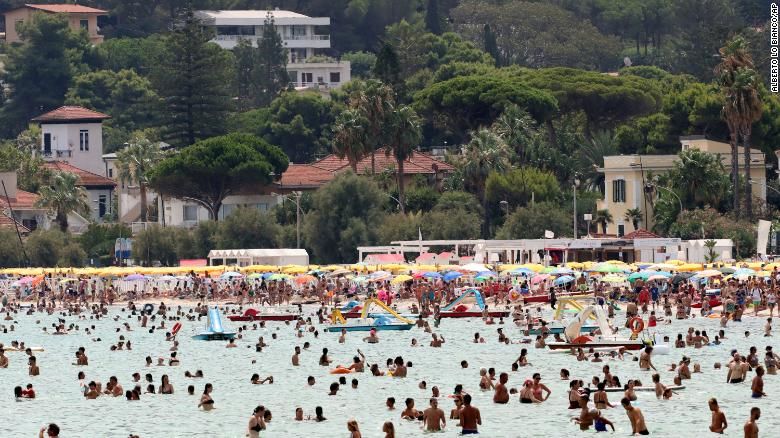 People cool down in the sea in Sicily's Palermo on Wednesday.

Sicily is the the largest island in the Mediterranean and sits off what is sometimes referred to as the "toe" of Italy, a country that is shaped like a boot.

Temperatures around the Mediterranean have been 5 to 10 degrees C higher than average this week, and dozens of people have died in wildfires tearing across southern Europe and North Africa, most of them in Algeria, where at least 69 people have been killed. Deaths have been record in Turkey as well, which is now also experiencing flooding on the Black Sea coast, leaving at least nine people dead. Parts of Italy and Greece have also been badly hit by fires, where some villages have been largely destroyed. 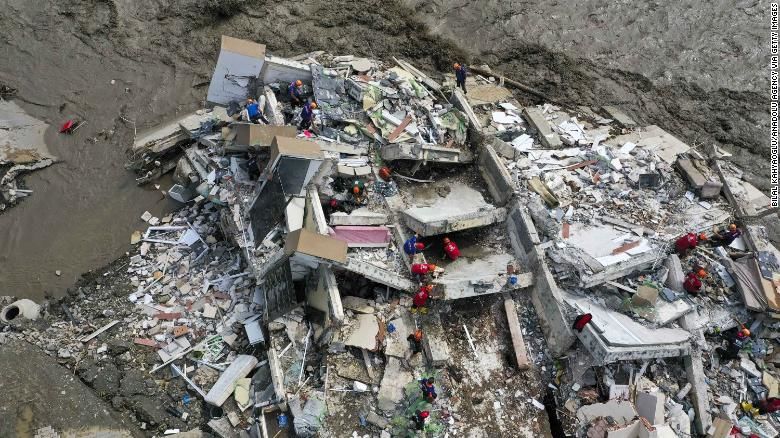 A drone photo shows rescue operations at a collapsed building after floods in Bozkurt district in Kastamonu, Turkey on Thursday.

And Santa Pola, a resort in the Spanish city of Alicante, has been hit with a "meteotsunami." Images shared by police on Facebook Wednesday night showed low-level flooding on the streets.

Meteotsunamis are large waves "driven by air-pressure disturbances often associated with fast-moving weather events," according to the National Oceanic and Atmospheric Administration in the US.

"The storm generates a wave that moves towards the shore, and is amplified by a shallow continental shelf and inlet, bay, or other coastal feature," it said, adding that scientists are just beginning to understand the phenomenon better. 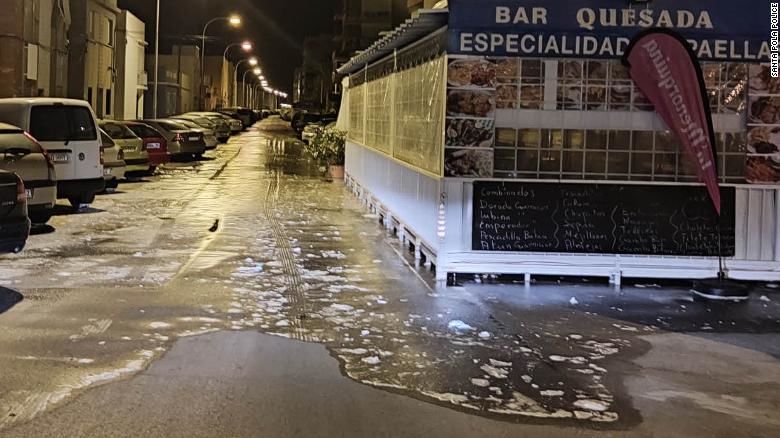 Alicante was hit with low-level flooding.

Santa Pola police said that water had overrun the coastal paths and caused damage along them. The wave also impacted fishing boats.

"An unexpected meteorological phenomenon surprised us tonight, with a sudden 'tidal rise' that caused a lot of problems to moored fishing boats and sent several boats adrift," it said in its statement overnight.

Alicante University's climatology lab said that meteotsunamis occur more frequently in the Balearic Islands -- which include Ibiza, Mallorca and Menorca -- but that "from time to time they occur in our area, although this has been somewhat more intense than usual."