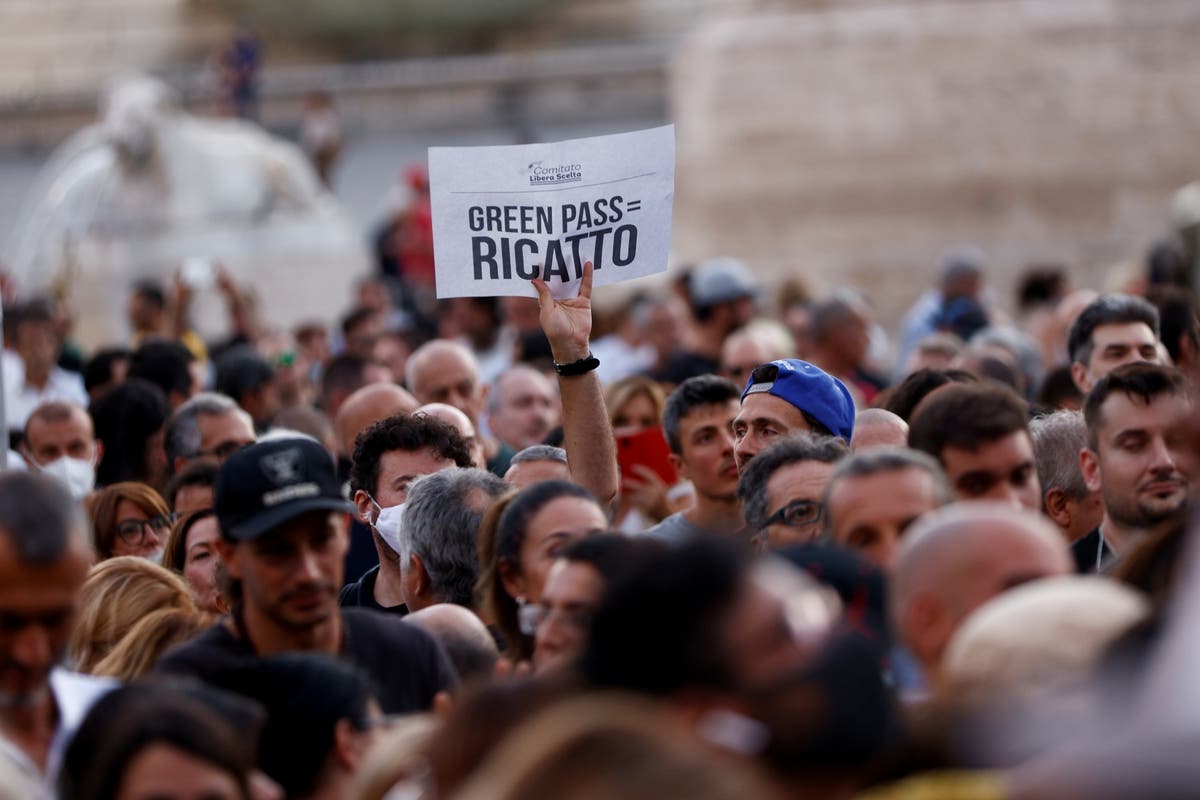 Italy and France are introducing Europe’s toughest vaccine pass regimes for normal social activities like dining indoors at restaurants, visiting museums and attending sporting events.
Leaders in both countries see the vaccinations cards, dubbed the "green pass" in Italy and the "health pass" in France, as needed to boost vaccination rates and persuade the undecided to get vaccinated.

The French health pass is required at movie theatres, museums and tourist sites, and comes into effect for restaurants and trains on August 9.

To get it, people must be double-jabbed, have a recent negative test, or proof they recently recovered from COVID-19.

For Italy, just one vaccine dose is required to get the pass, and it applies to outdoor dining, cinemas, stadiums, museums and other gathering places from August 6.

Since the introduction of the passes, vaccine uptake seems to have increased in both countries.

Vaccine demand in Italy increased by as much as 200 per cent in some regions since the government announced the green pass, according to the country’s special commissioner for vaccinations.

Meanwhile, nearly five million received a first dose of the vaccine in France and more than six million got a second dose in the two weeks after President Emmanuel Macron announced that the virus passes would be expanded to restaurants and other public venues.

However, there are those who are concerned about the passes and claim it is a violation of civil liberties.

Around 80,000 people protested against the certification in cities across Italy last weekend, while thousands took to the streets of Paris this weekend.

“We’re creating a segregated society and I think it is unbelievable to be doing this in the country of human rights,” Anne, a teacher who was demonstrating in Paris, told Reuters news agency.

“So I took to the streets; I have never protested before in my life. I think our freedom is in danger.”

Hager Ameur, a 37-year-old nurse, said she resigned from her job, accusing the government of using a form of “blackmail”.

“I think that we mustn’t be told what to do,” she told The Associated Press.

“And now, suddenly we are told that if we don’t get vaccinated it is our fault that people are contaminated. I think it is sickening.”
#COVID-19  #vaccine  #Covid
Add Comment