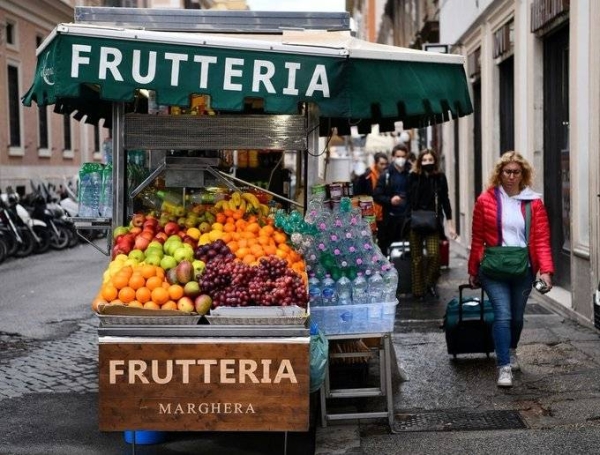 Italians are less wealthy, older than 20 years ago

Italy's annual report on its economic condition found that the country has on average become less wealthy, older, and more likely to live alone compared to a generation ago.
The 294-page "Annual Report 2022" from Italy's National Statistics Institute (ISTAT) was released Friday.

While Italy remains one of the world's wealthiest and most developed economies, the report shows overall conditions for residents have deteriorated in recent years.

The report said that 5.6 million Italian residents were living in absolute poverty last year, around 9.4 percent of the population. That is nearly three times the number of residents living in similar conditions in 2005 (1.9 million).

A person living in "absolute poverty" is unable to meet standard daily needs, including adequate shelter, a healthy diet and access to healthcare.

However, the report says that government subsidies and aid programs have kept the poverty figures from being higher. ISTAT said that while those living in mild poverty accounted for 18.7 percent of the population in 2020, that figure would jump to 28.8 percent without government programs.

The report also sheds light on the country's aging population: the average age for a new mother in Italy was 31.4 years, an increase of more than three years since 1995.

Due to the country's declining birthrate, the average age in Italy is on the rise. The country now has 14 million residents over the age of 65, the highest figure on record.

There are more households in Italy than ever before, ISTAT said, but they are increasingly small, averaging 2.3 individuals each in the 2020-21 period. This was down from 2.6 individuals per household two decades earlier.

Meanwhile, 33.2 percent of people lived alone in the 2020-21 period, ISTAT reported. For the first time, this figure surpassed the percentage of households made up of two adults and at least one child, a group that accounts for 31.2 percent of households.

ISTAT estimates that by 2045, childless families will outnumber those with children for the first time.
Add Comment