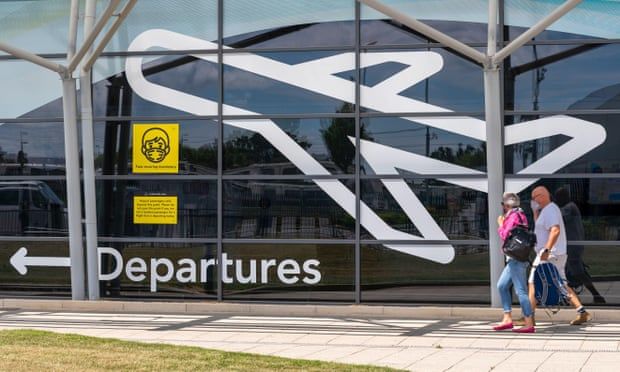 With many under-30s not yet double vaccinated, four young people share their views on overseas travel

Being fully vaccinated looks likely to increase the chances of travelling abroad this summer. Boris Johnson said this week he was confident double jabs would be a “liberator” and did not rule out that they could enablequarantine-free overseas holidays.

However, most under-30s have received just one jab. Four young people share their feelings about their chances of taking a trip abroad.

For Remy Haggard, a 26-year-old risk and intelligence analyst in London, the focus on vaccinations for travel is misplaced. Double vaccine requirements discriminate against young people, he says. “People who are the least vulnerable, yet again, have to wait the longest and suffer the most setbacks by way of opportunities.”

Instead he thinks testing should be prioritised and required of all travellers, vaccinated or not. “There’s been a lot of mixed messaging on transmission. Vaccinated people can still be carriers of variants. And the testing should be affordable and regulated, not done by rogue private companies.”

Haggard also thinks the pandemic has entrenched generational divides. “As millennials, typically living in flatshares, on relatively low incomes, we haven’t had some of the privileges of our parents’ generation, people who bought their homes much cheaper 30 years ago and now have homes that they can work from,” he says. “We’ve made a lot of sacrifices but we haven’t got any of the benefits.”

Because she has an underlying medical condition, Georgia Bevan, 22, is fully vaccinated, but her boyfriend and friends are not, meaning a foreign holiday is probably off the cards for this summer.

“I completely understand the reasoning behind allowing those who have had both vaccinations to evade quarantine on arrival, but it feels incredibly unfair for those who haven’t had their chance to receive their second vaccine,” she says. “Young people have been neglected throughout, especially students. They’ve missed out on so many experiences and their mental health has taken a massive toll.” 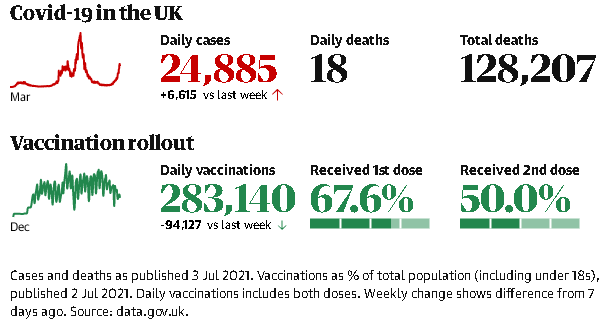 Bevan, from Kent, who graduated mid-pandemic and now works in executive search, worries that many young people won’t be able to have a break this summer even in the UK. “Many young people can’t afford to holiday in the UK now,” she says, as prices have skyrocketed in many seaside destinations. She adds that as foreign travel entails testing or vaccination requirements, she would “feel safer going abroad than with everyone rushing to Cornwall or Devon”.

Bevan thinks it is time for things to open up again. “For months we’ve been told how as soon as vulnerable people – that includes me – have been vaccinated, things will open up. The majority of vulnerable people are double vaccinated – it’s time to start travel again.”

Despite being fully vaccinated, Ash, 24, won’t be travelling abroad this year. She lives with her mother, who works in a care setting in West Lothian, and is an unpaid carer herself alongside her job in a portfolio management office.

“We don’t completely know the score with you being able to give it to other people,” Ash says. “Of course it’s a lower chance of you contracting it, but we don’t completely know what it’s like for transmitting it. I just think that it’s smarter now, while it’s still so prevalent, to do what you can to just stop it from spreading.”

As she and her mother work with vulnerable people, Ash hasn’t felt ready to return to the pub just yet, let alone travel abroad. “I was 22 when the virus started and I’m now 24, and like many I’m losing what’s supposed to be my best years to this virus,” she says. “But as someone with the ability to control my own actions to protect others, I believe I have a social and moral responsibility to do so.

“It’s quite depressing sometimes but I try to check my privilege in the sense that I’ve been able to work remotely, I’m not a key worker. I do try to keep a bit of perspective and think if I do what I can then you’ve just got to trust that we can get over this sooner and back to a sense of normality.”

Alex Hardiment, 27, who works in a housing organisation in Stockport, sympathises with the disappointment felt by many unvaccinated young people, but says he understands the need for quarantine requirements.

“It’s hard to foresee any other path to travelling again beyond the small number of countries on the green list,” he says. He adds that some will still be able to benefit from quarantine-free travel: “A lot of young people I know have had their first jab and will have their second by the end of July, beginning of August, just through walk-ins.”

Hardiment and his partner have a trip to Disney World booked for September, which they arranged last April. He is hoping the US will relax its rules on British travellers by then. “There are many who would argue this is the year for staying in the UK, or that holidays aren’t a right they’re a luxury, but we feel we have worked hard as public sector employees in housing and social care through this pandemic. Every bit of leave we’ve had has been spent staring at our four walls, like many others, and we want to be able to take a break from it all.”