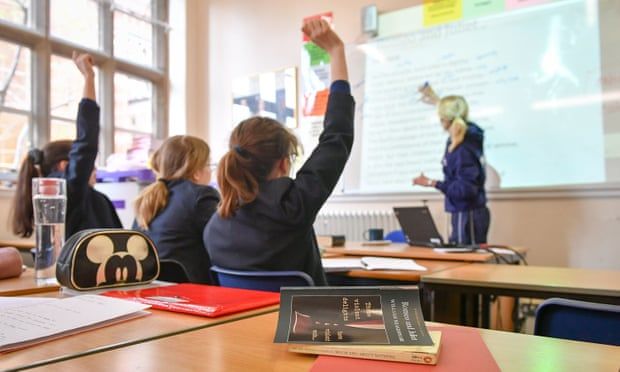 “In over 20 years leading schools I have never before been faced with such a shock to our budgets,” said Richard Sheriff, the chief executive officer of the Red Kite Learning Trust of 13 schools in North and West Yorkshire. “We are in the desperate position of having to look at cutting everything from school trips to teaching resources.”

Sheriff is not alone. School leaders across England have spent the past few weeks poring over their balance sheets, trying to make their budgets stretch to accommodate soaring energy costs, a growing wage bill and the impact of mounting inflation on everything.

“These figures are without the ongoing inflationary increases that will happen throughout the year,” said Goddard. The cuts have already begun. The trust has already decided to halt the further rollout of devices to students; there will be no new staff appointments, no new textbooks and no replacements for classroom PCs, unless absolutely vital. 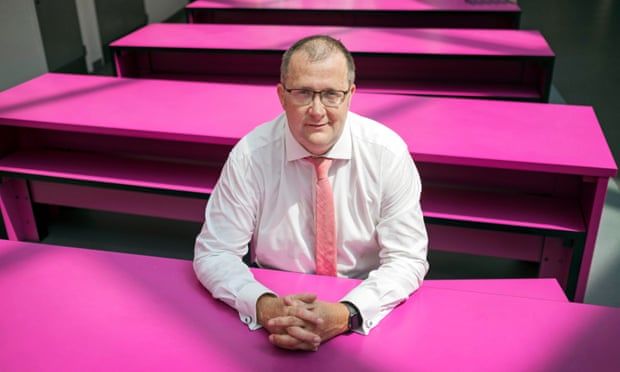 Vic Goddard: ‘There will be no new staff appointments, no new textbooks and no replacements for classroom PCs, unless absolutely vital.’

The curriculum will have to shrink to save money, squeezing out subjects like music which attract smaller numbers, and prompting a review of other “resource heavy” subjects such as photography. School trips face the chop. “We won’t be able to afford to subsidise school curriculum trips to make them accessible for all so we’ll need to cancel most of them over the year.”

Only essential repairs and maintenance will be carried out, departments will get a 50% cut in their resource budgets and the cost of school lunches may have to go up. Then there’s the issue of redundancies. “If we avoid it this academic year then we’ll need to do some next year,” Goddard says grimly.

Sean Maher, headteacher at Richard Challoner school in Kingston, is similarly bleak. “We are looking at £150,000 in excess of what we had budgeted for, just from the pay rises that have been passed on by the government. I’ve been on various WhatsApp groups, and the consensus is there’s no school in the country that’s going to be able to afford these pay rises that have been passed on unfunded.”

The only way he can fund the pay rise this year is by taking money from funds saved for planned building projects. Next year he has no way of meeting the extra bill, and if there’s no additional funding, he will have to look at redundancies.

“That’s before we start talking about the increasing cost of food, which is my biggest worry.” Last year the school canteen service was in deficit to the tune of £20,000 because of rising costs. “Food prices are only going up,” said Maher, who is having to consider increasing the cost of a lunch from £3.80 to £4.50.

“I’m really terrified about what’s going to happen to some of our parents,” said Maher. “I’ve been a headteacher for nine years. I’ve dedicated my whole professional life to trying to give young people the very best opportunity to shine and grow and develop. I feel like I’m fighting against the government who are actively undermining what we are trying to do for young people.”

The headteachers the Guardian spoke to knocked back media reports that the school week could be cut to three or four days to save money in the most extreme circumstances, but Maher did not dismiss the idea that children might have to wear more clothes in the classroom to keep warm.

“How can it come to that in this country? Where we would be asking children to wear coats and gloves in the classroom because we can’t afford the heating?” asked Maher. “But it will happen. In schools up and down the country teachers will turn round and say: ‘Keep your coat on – we won’t put on the heating until the end of November.’”

Elsewhere, headteachers say agency staff are being cut and site opening hours reduced. Staff and students are being encouraged to switch off appliances where possible and the heating will be turned down a degree or two – small savings to try to keep costs down.

Matthew Shanks, the executive principal and chief executive officer of Education South West, a multi-academy trust in Devon, said his trust was facing a 285% increase in energy costs. “We are meeting this initially from reserves. But these reserves will disappear quickly and spending them on this ultimately means we cannot use them to provide the additional support needed for children in the classroom.

“Add this increase to the unfunded increase in pay and there will not be sufficient funding to operate as we currently do in the future unless we make cuts.”

Sheriff agrees. “The budget shortfall we face will push our successful trust into a deficit position even if we use up all our reserves. This will leave us extremely vulnerable in following years and is likely to lead to us having to make significant changes to how we deliver our service in years to come.

“The expectation that schools will deliver a rich and broad curriculum will need to be adjusted, I doubt this new offer will meet the aspirations and needs of our children and families.”