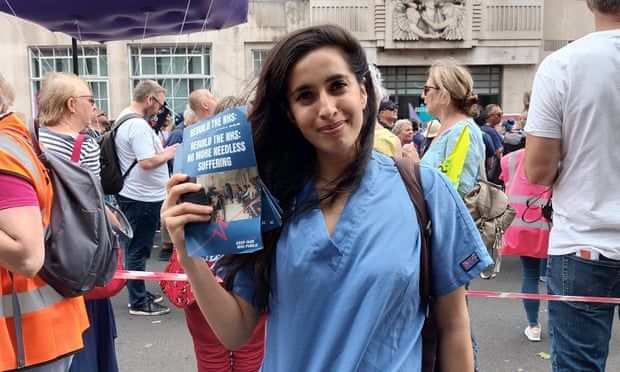 ‘It’s awful actually’: voices from the cost of living protest in London

A doctor, a teacher and a railway worker explain why they decided to take part in the demonstration

From midwives to firefighters, thousands of people gathered in central London on Saturday to protest against the government’s response to the cost of living crisis. Some are calling for pay increases, while others say they fear the devastating impact of public services being chronically underfunded. Here, we hear from three people on why they chose to demonstrate on Saturday.

Adesara, 32, says that as a doctor working in Tottenham, the number of patients she sees who are struggling with rising costs has skyrocketed.

“I work in a deprived part of London. Many of my patients are really struggling. They’re struggling with their bills, and I can see people becoming unwell because of the stress they are dealing with,” she says.

“We have single parents saying they can’t afford their food shopping. It’s awful actually. As a doctor, I feel very helpless. We’ve had to hire someone in our practice to help people apply for benefits and refer them to charities, to support people with social problems. In terms of the cost of living crisis, I’m fine personally, but it’s what I see in my practice.

“There’s food banks now being set up in hospitals, and I also see teenagers coming in with conditions related to stress. There are long-term health impacts of being undernourished. That’s why it’s so important that people have a decent wage, that benefits are enough for people to be able to afford food and pay bills. We’re only asking for the basics.” 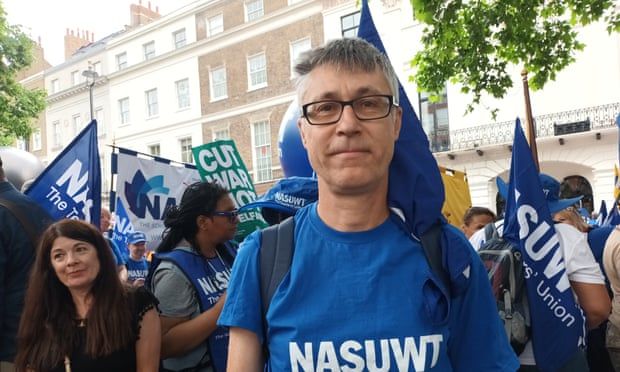 Andy Lewis: ‘We now have teaching assistants ringing in saying that can’t afford to come in.’

Lewis, a sixth-form college teacher who has worked with children with special needs throughout his career, was at the protest with around 65 other teachers from the north-east.

“Since Cameron and austerity, teachers have had a real-terms pay cut of £10,000,” he says.

“We now have teaching assistants ringing in saying that can’t afford to come in. We’ve got admin staff saying we can’t afford the cost of transport to get in. My wife has a friend who is a headteacher, last week she had seven staff off because of the cost of living.

“It’s not just about getting a pay rise, it’s about the knock-on effect this has on children. These staff are absolutely critical to ensuring that teachers can do their jobs.” 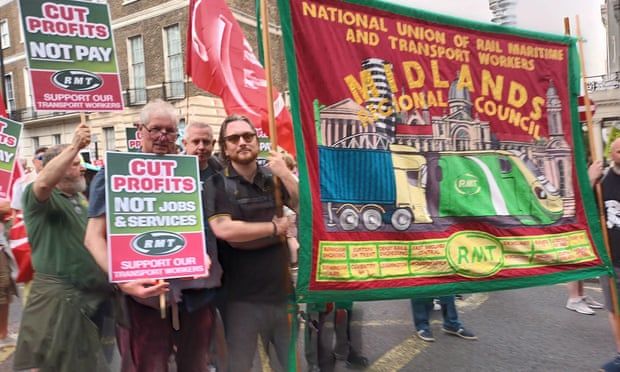 Kennedy, who will strike next week as part of the RMT rail union’s nationwide action, says he attended the last cost of living protest, but that Saturday’s was much busier. “I think the rate of inflation now means that people are feeling more militant and choosing to fight for better pay,” he says.

“Some rail workers haven’t had a pay increase for three years. A lot of people say: ‘Well train drivers are on £60,000 a year’, but actually the average RMT member salary is about £31,000. They include staff like track workers and cleaners, and people who work for subcontractors who are earning the minimum wage. We’ve got members who have to think: am I going to pay my bills or am I going to buy food?

“We’re also striking over job cuts. We are set to lose 2,900 track worker jobs, that’s more than a quarter of the track workforce. That will affect safety, I know that for a fact.”