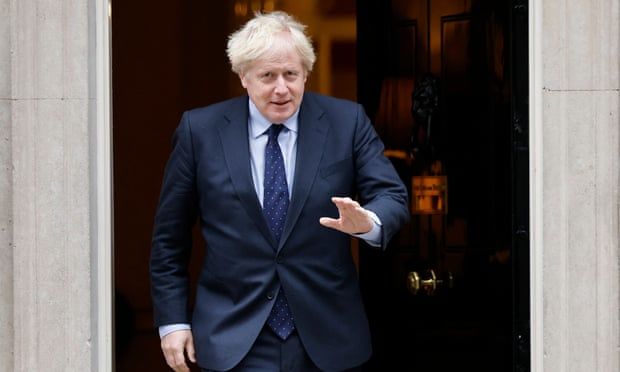 Analysis: The prime minister needs to shake a sense of national paralysis and reassure his party before a daunting winter

When preparations began for this year’s Conservative party conference, what most struck Boris Johnson and his senior aides was research suggesting voters feel the country is paralysed – that valuable time has been lost to the pandemic and that everything else is at a standstill.

Above all, Johnson’s aim for the conference will be to try to shake that sense of inertia. He will characterise himself as the delivery prime minister, even if his own MPs complain there has been precious little delivery so far.

To symbolise that idea, he will take to the stage at the Tory conference next Wednesday in Manchester quite literally surrounded by his ministers and party members. Reminiscent of an ancient Greek theatre, the stage set-up will be almost entirely in the round.

As well as the ubiquitous “build back better”, the Conservatives’ other slogan at conference will be “getting on with the job”.

Johnson famously writes his speeches last-minute. But sources said he would acknowledge the pandemic has exposed severe weaknesses in society which had been allowed to persist for too long.

His plan to tackle social care, though much criticised, will be held up as a move to address that. There will be announcements that some programmes of pandemic support might become permanent fixtures, such as volunteer programmes or school tutoring.

His opponent Keir Starmer used his conference speech last week to frame Johnson as trivial. But the prime minister will cast himself as someone who does not wobble like a shopping trolley – as his adviser-turned-nemesis Dominic Cummings put it – but is prepared to take tough decisions.

That was the way he framed it when he told the country he would raise national insurance to pay for the NHS backlog and overhaul social care funding.

Johnson will reframe his party as a Conservative government like no other, one that is “activist” and believes in the power of the state. Levelling up requires intervention, he will say.

“It’s going to be about three things: firstly, fleshing out the vision about levelling up and a centrepiece around that. Then a series of post-Covid policies demonstrating the country is getting back to business as usual, pushing the ‘build back better’ slogan with a sense of immediacy. The third thing is ‘deploy Boris’, with a contrast to Starmer about how he can emotionally connect to the public,” said Giles Kenningham, founder of Trafalgar Strategy, who is a former No 10 press secretary and Conservative party director of communications.

To the party, a sign of the prime minister’s renewed focus on the value of delivery was his reshuffle, where he promoted Nadhim Zahawi, the face of the vaccine programme. This is Johnson’s favourite example of delivery exceeding expectations, combining the ingenuity of the private sector with the power of the state.

After his reshuffle, Johnson flew to New York and Washington, where he exuded his customary boosterism, brushing off Britain’s food and fuel shortages as the short-term effects of an upturn in the global economy. The “guy ropes are pinging off Gulliver”, he told journalists en route.

Events have a way of intervening however. His advisers hoped for a return to “politics as usual” after the rolling crisis of the pandemic, but within days of landing back in London, the prime minister was taking the extraordinary step of ordering in the army to help deliver petrol.

Ministers are confident supplies of fuel are slowly beginning to flow again. But Johnson’s autumn appears likely to be almost as difficult as his last. Energy bills are rising, furlough has ended, claimants will see cuts to universal credit and the NHS is expected to come under strain from Covid and winter flu.

MPs tend to think in “crisis cycles” – so queues at the pumps will particularly hang over the conference. “If a crisis lasts for four or five days, people will blame media hype or each other, but if it’s more than that they will think: why can’t the government get a grip?” one predicted. 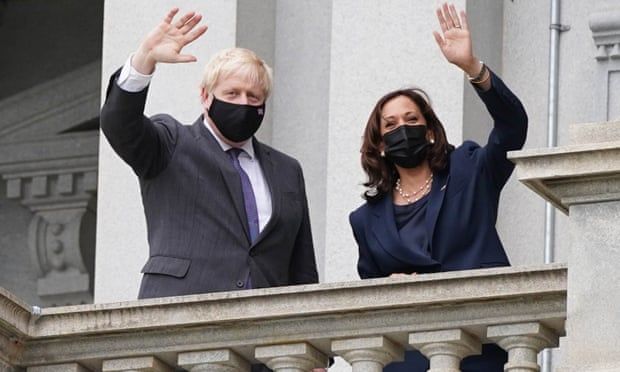 The ‘guy ropes are pinging off Gulliver’, Johnson told journalists en route to his US visit.

Robert Halfon, a senior Tory MP, said his feeling was that voters appeared to be blaming the media rather than the government for now, though there would still be nervousness at party conference over the winter ahead.

“I think the mood will be a mixture,” he said. “It’s the first proper conference since the election. You shouldn’t underestimate Boris’s skills to get people geed up and happy again, which he is very good at doing. So I think most people will be hopeful but there’ll be a little bit of apprehension because they will be worried about the economy and the cost of living – how we’re going to get out of this.”

He suggested the prime minister take “a fireside chat” approach: level with the public that “it’s going to be tough for the next 18 months to two years” while the economy gets back on track after Covid, but then present a “roadmap” for cutting the cost of living after that. “Then the public will feel that it won’t go on for ever,” Halfon said.

A former cabinet minister described their colleagues as “very grumbly”, with some frontbenchers privately complaining they are embarrassed to have to defend the government.

“It’s a complete shambles. There’s no leadership. Very, very few of them can run a whelk stall,” the MP said, citing supply shortages and the national insurance hike. However, they suggested voters had not yet fallen out of love with the prime minister. “It will take time. He’s still being given the benefit of the doubt and people still love the theatre.”

Few in the party feel reassured by the solutions proffered on the HGV driver shortage, with fears the three-month visa for hauliers and poultry workers will leave a pre-Christmas cliff-edge. “It suggests there isn’t a grip about how to handle this. Nothing has been suggested to me that anything will be different in three months when it takes six months to train people,” a senior MP said.

There is also a significant wing of the party who, like Johnson, believe the balance must fundamentally shift post-Brexit towards higher wages for British workers, even if the transition is painful.

The other key issue is a desire for MPs to see tangible commitments towards levelling up. “Boris’s speech in the summer didn’t land,” one said.

Michael Gove’s appointment to the newly renamed Department for Levelling Up, Housing and Communities signalled a desire to flesh out the idea – but many MPs remain unclear what it is really about.

No fewer than 20 fringe events at conference are dedicated to examining the concept of levelling up, with one asking: “What does it actually mean?” Other fringes are looking at the identity crisis for traditional conservatism, and the prime minister’s wife, Carrie Johnson, is appearing at a drinks reception to give a speech on the importance of LGBT+ rights in partnership with Stonewall, which has been at odds with some ministers as part of “culture wars.”
Advertisement

Before recess, MPs met Rishi Sunak for briefings on the economic climate in preparation for the budget this month. Many left chastened. Sunak has warned that further expenditure may have to be paid for with another rise in income tax.

One “red wall” MP said it was necessary to loosen the collar for working people in the budget and a number have called for a reduction in business rates to help boost the high street. Another said they would like to see a VAT cut – something Sunak is likely to resist.

There is also nervousness at the top of the party about what Sunak will say to conference, particularly as he and his aides have been keeping their cards close to their chests even with No 10.

Cabinet ministers, some getting to grips with new departments, know the next six months will be rough, but also believe the public will give them some leeway.

“The truth is the economy is so distorted,” one said. “We’re about to see a million people come off furlough, we don’t know how food shortages might play out. By February the public will be more ready to make an assessment of how the government has handled this. Which is lucky for Boris [this] week.”

The Conservatives’ conference always follows Labour’s, and MPs have been watching Starmer’s performance in Brighton closely to see if they should be worried about the threat from Labour. So far, they are not. “It doesn’t seem like he blew the doors off anything: I think that’s the general view,” an MP from the 2019 intake said.

One theme that united all Conservatives speaking before conference, was that they hope Johnson will not call a general election, even though his allies had briefed that his new team was chosen to get election-ready.

The new Tory chair, Oliver Dowden, is more cautious and has told his team “you can’t fatten a pig on market day” – a phrase first drummed into Tory aides by elections guru Sir Lynton Crosby. But the party has put up a job ad for a slew of campaign managers – with a special requirement that they “represent the diversity of our voters”. But the main obstacle to an early election is an important one: the voters. “Can you imagine if we called an election in May [after a tough winter and further energy price rises]? They’d kill us,” one MP said.