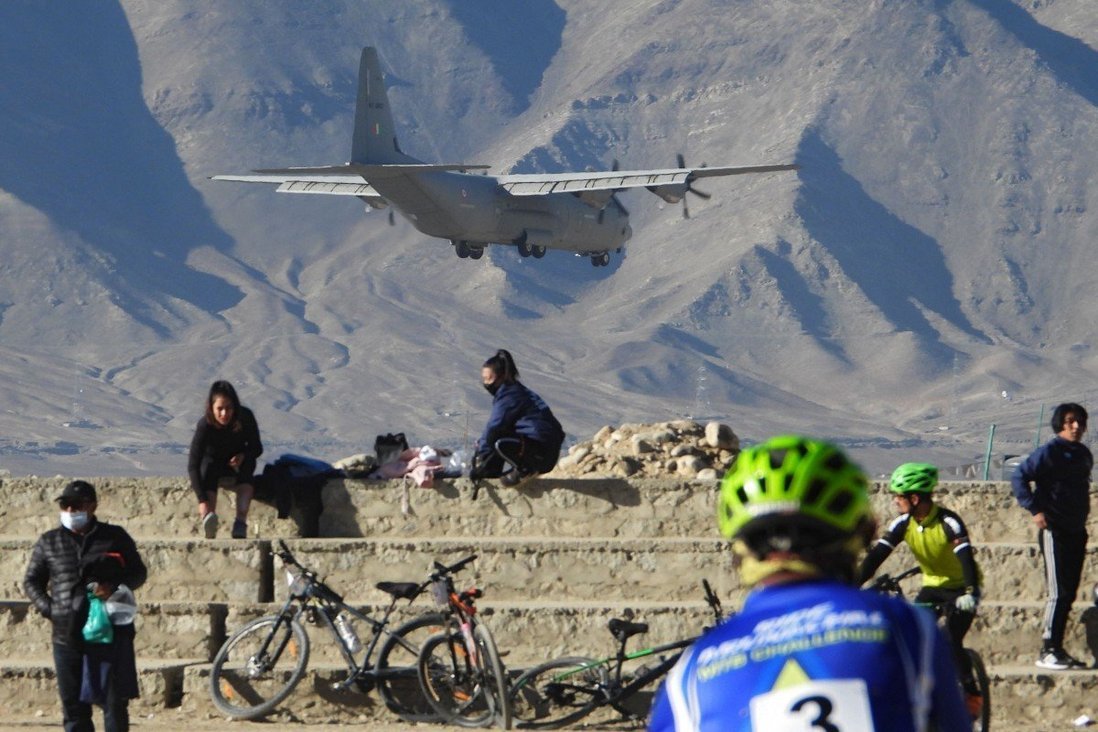 Is the US behind India’s ‘anti-China games’? Russia thinks so

His remarks last week not only prompted an official response from the Indian foreign ministry, but also sparked commentaries from irked observers who took umbrage at the suggestion that New Delhi had no strategic calculations of its own.

Lavrov said India had become “an object of the Western countries’ persistent, aggressive and devious policy as they are trying to engage it in anti-China games” such as the US-led Indo-Pacific Strategy and Quadrilateral Security Dialogue.

“At the same time the West is attempting to undermine our close partnership and privileged relations with India,” he said in a speech at the Moscow-based Russian International Affairs Council think tank. “This is the goal of the US’ very tough pressure on New Delhi.” 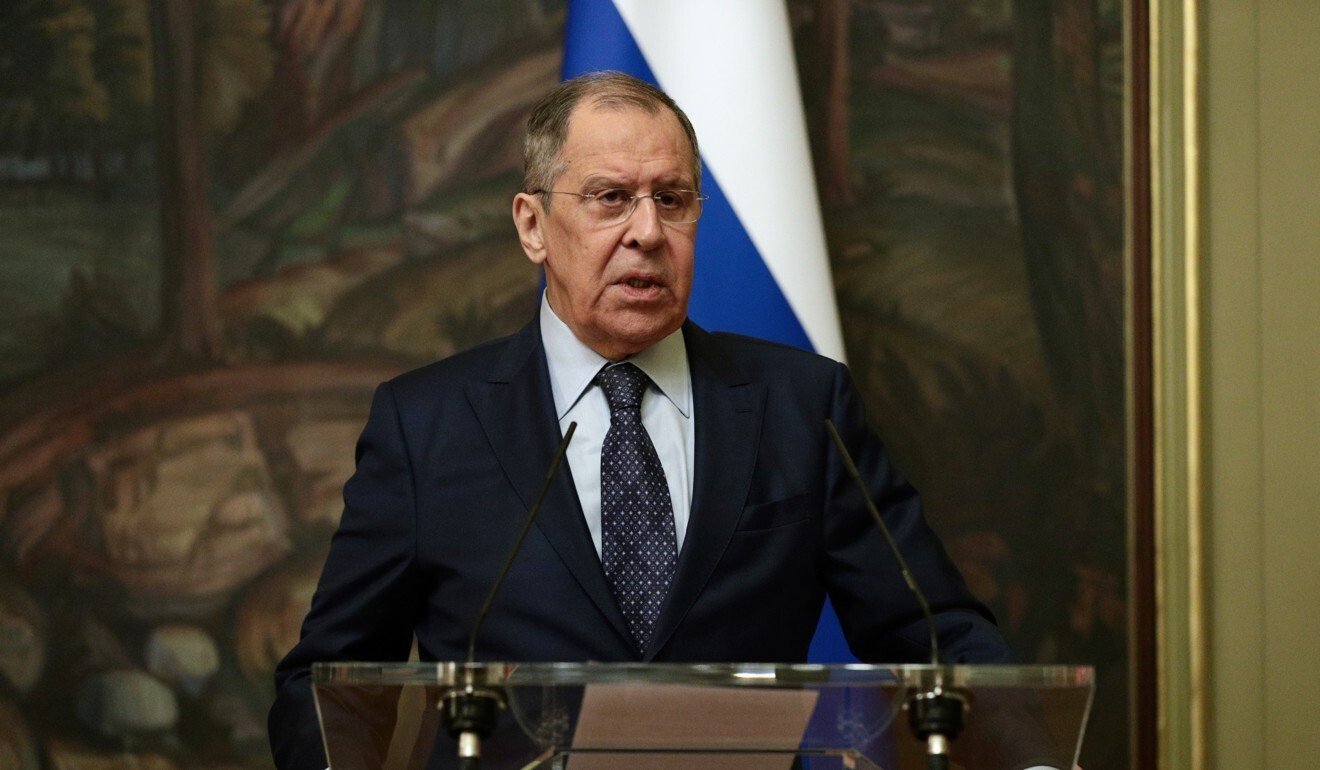 In response, Indian Ministry of External Affairs spokesman Anurag Srivastava told the media at a weekly briefing on Friday that “India has always pursued an independent foreign policy based on its national interest” and that its “relationship with each country is independent of its relations with third countries”. India did not see the Indo-Pacific strategy as directed at any particular country, he added.

Kanwal Sibal, a former Indian foreign secretary, told The Hindu newspaper that “If Russia is concerned about the US pulling India into its orbit, it should express some public concern about China’s unacceptable territorial aggression against India.”

Separately, in a tweet he said: “[Lavrov’s] remarks implicitly condone China’s move as a response to US manipulation of India. China presented as victim not India. Not [the] right message to India.”

An editorial in the widely circulated Hindustan Times newspaper, meanwhile, said in light of the foreign minister’s comments it was “proving increasingly difficult” for India to square “a spiky China circle with Russian desires to remain friends”.

While Lavrov has criticised the Quad – an informal grouping bringing together India, Australia, Japan and the United States to counter China’s growing influence in the Indo-Pacific – several times before, his current remarks come at a time of heightened India-China tensions, with the two neighbours locked in a military stand-off at their disputed border since early May.

Beijing also weighed in when asked about Lavrov’s comments “on not succumbing to a unipolar world order” at a regular press briefing on Friday. Chinese Foreign Ministry spokeswoman Hua Chunying said this view “represents the will of many countries”.

“Unilateralism is disrupting the international order, bullying practices are challenging norms of international relations, and world peace, stability, international fairness and justice are faced with realistic threats and severe challenges,” she said.

But P.S. Raghavan, India’s former ambassador to Russia from 2014 to 2016, said Moscow was aware of the challenges in India’s relationship with China. It also understood that India believed it had a pivotal role to play in the Indo-Pacific after feeling relegated to the periphery when it came to discussions on the Asia-Pacific.

India is either not a member or a late entrant to many existing groupings that encompass countries in the region, such as Apec.

With more than 60 per cent of India’s weaponry coming from Russia, New Delhi feels assured that as far as its stand-off with China is concerned, there will be no disruptions to defence supplies from Moscow and these shipments could even be fast-tracked.

Raghavan said: “There is no doubt that the Russians watch the strengthening India-US partnership with apprehension for its implications for the Indo-Russian partnership.”

He added: “It is for our diplomacy to convince them that our efforts to draw China into a cooperative order in the Indo-Pacific is not against Russia’s interests. They should in fact welcome it.”

Some commentators said Lavrov’s decision to repeat the criticism was in anticipation of the incoming administration of President-elect Joe Biden
taking a hard line against US allies buying Russian military hardware.

Delhi has so far bought US$12.8 billion worth of arms from the US, and there is speculation in strategic circles that it could spend nearly US$100 billion over the next 15 years as it upgrades many of its weapons systems and becomes one of the largest arms markets in the world.

Observers say Moscow worries that the US will pressure India into foregoing any more arms purchases from Russia by raising concerns over “interoperability” – that American military equipment cannot be used alongside Russian gear.

“In Russia’s analysis the US is using Sino-Indian tensions to draw Delhi closer to itself in the Sino-US confrontation. Also, taking over part of the Indian arms market by easing Russia out is a credible US objective,” said Dmitri Trenin, director of the Moscow Carnegie Centre. “Certainly, Russia does not like either trend.”

But Trenin said Moscow was seriously concerned about India-China relations since both were strategic partners and Russia did not want to choose between them. “Its approach is not to go public but work privately behind the scenes with both parties,” he added.

Nandan Unnikrishnan of the Observer Research Foundation, a Delhi-based think-tank, told the StratNews Global portal that as far as Delhi was concerned, if Russian President Vladimir Putin did not criticise India, then it suggested there was no threat to the relationship.

“I don’t think at any point of time we have had a single statement from President Putin that we can interpret or misinterpret as inimical to Indian interest,” he said.