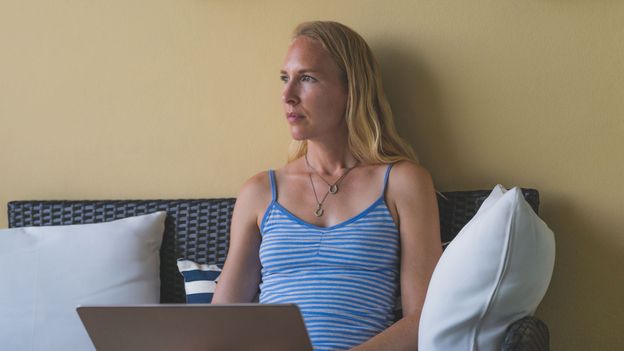 Is it up to employees to fix the remote-work promotion gap?

In-office workers get more face time with the people who promote them. Is it incumbent on remote workers to compensate?

It’s well-known that proximity plays a role in promotions: managers are more likely to know workers they spend more time with better, give them key assignments and, as a result, develop their careers. And now, in the wake of the pandemic, it’s also becoming clear some managers view in-office workers more favourably, due to concerns they have that employees who work from home could be less engaged.

This represents a concern for remote workers: if managers are biased towards colleagues they see more often, will home-workers be able to compete – or might their choice of work location leave them overlooked, potentially stigmatised and struggling to move up the ladder?

A 2022 survey of 200 US C-suite executives confirms there is ample reason to be concerned: 41% of participants believe remote employees are less likely to be considered for promotion. This aligns with data from before the pandemic: research from 2015 showed remote workers in China had promotion rates 50% lower than their in-person colleagues, despite being more productive.

Right now, companies are continuing to experiment with different in-office, hybrid and remote policies. Current workforces can include employees working different models; teams might be a mix of people going into the office and working remotely, either occasionally or permanently. Some workers might have far more access to managers than others, potentially giving them a promotional edge.

This means companies need to find ways to ensure remote workers get the same opportunities for advancement as everyone else. Firms are still coming up with best practises to address this issue; for instance, several companies are innovating in terms of working models or communication strategies that should create more parity among employees. But these are still early days, say experts – and workers could still be in for an could be an uphill climb.

Whether remote workers are likely to encounter promotion-related bias depends on the working model of the organisation, say experts.

"If you are in a small minority of people who are working remotely, I would say yes, you're probably at a disadvantage in terms of promotions, because you're not meeting the typical standards or norms of the organisation," says Scott Sonenshein, professor of management at Rice University, Houston, Texas. "On the other hand, if a majority of the people in the organisation are working remotely, then I think it's a completely different story."

While some firms have allowed staff to work anywhere permanently and fully embraced remote work, the firms who have mixed staff – some remote, some in-person – are the ones for whom reforming a system that inherently favours in-person workers is most crucial. 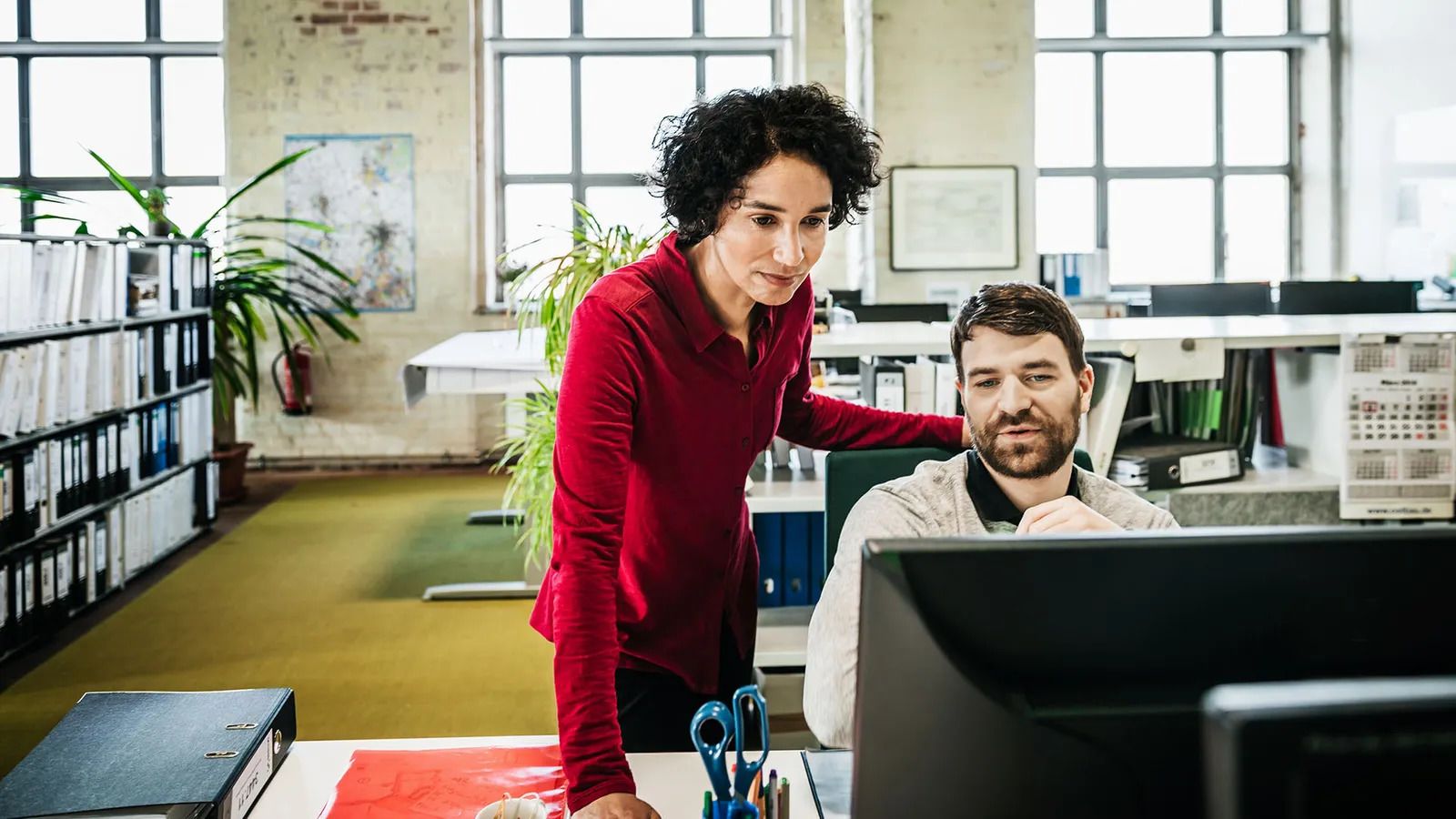 Many companies are taking steps to do this, whether through additional employee tracking or changes to operating norms. Cloud software company Okta, for example, is reportedly taking greater care to track promotions and pay across staff, including remote workers, while marketing software developer HubSpot says it's going to add work location to diversity data to ensure a remote worker's geography won't hurt their chances of getting promoted.

Having this kind of data might be "really valuable", says Eric Anicich, assistant professor of management and organisation at the University of Southern California, because it could help managers “make more fair, apples-to-apples comparisons” among workers. Companies can also benefit from using KPIs and other metrics that bring remote workers' contributions "out of the shadows", he adds.

Some companies are also changing how they work in a bid to better include remote workers. Web-security company Cloudflare mandates that if one remote worker dials into a virtual meeting, all in-office team members must dial in, too, so that employees have equal access. Messaging platform Slack limits the number of days executives come into the office, to champion remote work and minimise presenteeism, while fintech start-up Alloy funds quarterly visits to headquarters for remote staffers to give them face time opportunities with bosses. Other workplaces appoint a 'head of remote': a leader who advocates for remote workers and makes sure they get the resources and progression they need.

Because these policies are relatively new, it's unclear to what extent they might close the promotion gap between remote and office workers. Experts say these moves are good faith efforts from companies to become more equitable – and show how normalised remote work is becoming – but suggest achieving parity will be a long process.

“I don’t think there’s a simple solution to a complex problem," says Sonenshein. "I think what it really comes down to is individual supervisors, and what kind of training and programmes that help them reduce some of the biases they have."

To ensure that all these measures aren't just gimmicks, he says companies must help mid-level managers adjust to managing mixed teams and understand the value of remote work. This help could take the shape of workshops geared toward supervisors who've been resistant to remote work, for example, and form part of a larger structure in which these companies' newly implemented policies can be effective in setting remote workers up for success.

Workers need to be visible

While companies are still working on their policies, there are also steps remote workers can take to ensure they remain in contention for promotions.

"You just have to be proactive," says Anicich. "Making yourself as available and visible as possible" is crucial in the absence of regular face-to-face interaction, he says. "If you're one of those people who's permanently stationed far away from the office, I think it's just more incumbent on you to groom that relationship [with your boss] a little bit more."

He suggests workers should take the initiative to schedule more catch-ups with bosses and, when they do talk, be clear about career goals, as well as drawing attention to recent achievements. Little things like switching cameras on and participating in Zoom calls also go a long way, he says. "The easier it is to come to mind with your supervisors – in a positive way – then I think, all else being equal, [it] will nudge you in the direction of being favoured for a promotion."

Martha Maznevski, professor of organisational behaviour at Ivey Business School, Western University, Canada, agrees. "Shoot that boss a quick message saying, 'here's what I did today', or 'what do you think about this?' or 'I'm going into a meeting tomorrow, just wanted you to know that'”. These, she says, are all good ways to communicate frequently with your manager in a way that builds trust, keeps information flowing and keeps you visible – which will ultimately feed into promotion prospects.

Ideally, ensuring parity of opportunity shouldn't be falling on remote workers' shoulders; the responsibility should lie with the organisation. But given how much and quickly the workforce has changed, remote workers need to have some patience with employers and be aware of the need to self-advocate. "It's a push-and-pull right now," says Sonenshein.

Towards a level playing field?

Looking forwards, it’s in the long-term interest of companies to find a way through this issue. To begin, promotional bias towards in-office workers could become an equity issue, given more women and minority workers prefer remote work. If that problem isn't addressed, "in the future, you might see two classes of employees: the remote and in-person ones", says Sonenshein.

And since hybrid work is forecast to remain the post-pandemic normal, there’s growing awareness that companies need to create a supportive environment for remote workers – one in which they can develop and advance – or else risk losing that talent to a different company who will give them what they want.

Sonenshein also suggests that while biases against remote work remain, these may reduce organically as home-working becomes more entrenched. "As people retire, they will get replaced by people who increasingly grew up in remote work," he says – and these new managers may be less likely to have ingrained beliefs that workers must be physically present in order to be trusted and, ultimately, promoted.

All this means that remote workers should see themselves as contenders for promotions and, while companies continue to trial and establish policies around location-based equity, take their own steps to correct for existing biases.

"It’s incumbent on the remote worker to be proactive and get noticed," says Anicich. But there’s also a corporate responsibility. “Managers need to be aware that these biases exist – and be committed to levelling the playing field." 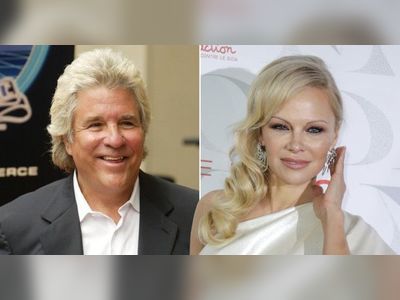