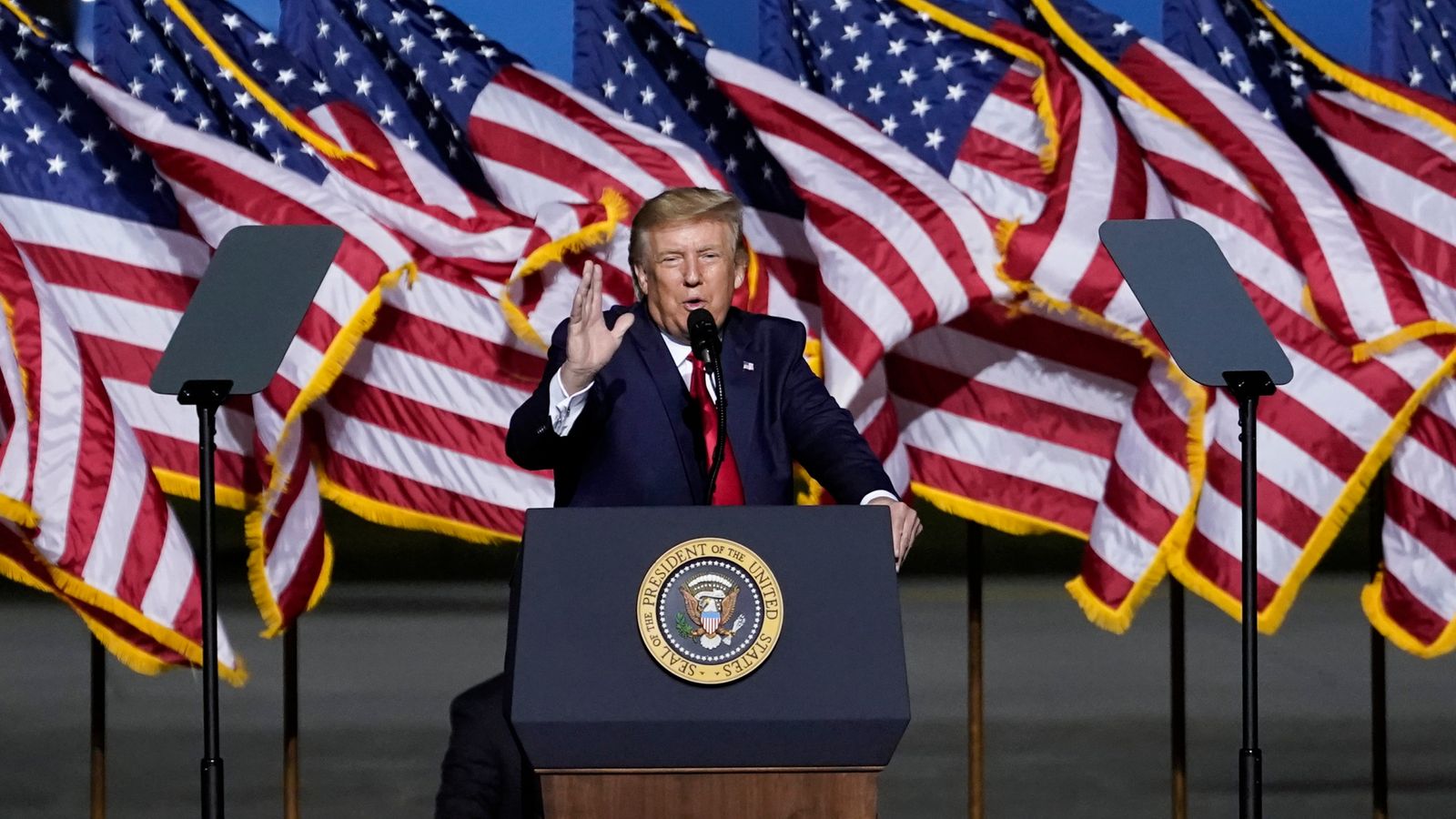 Is it just same as Apple, Google and Facebook? Donald Trump paid no income tax in 10 of last 15 years, New York Times claims

The president hits back at the claims in the newspaper, insisting they are "totally fake news".
Donald Trump has paid no income taxes in 10 of the last 15 years , according to a report in the New York Times.

Citing tax-return data, the newspaper also claimed the US president paid just $750 (£590) in federal income taxes in 2016, the year he was elected, and the same figure again in his first year in office.

The claims come just weeks before a divisive election, with early voting already under way.

When asked about the report in his daily briefing, Mr Trump said: "It's totally fake news, made up, fake.

Mr Trump insisted his tax details would be released when the Internal Revenue Service (IRS) finishes its audit.

"They've been under audit for some time," Mr Trump added. "The IRS treat me very badly."

A lawyer for the Trump Organisation told the newspaper that "most, if not all, of the facts appear to be inaccurate".