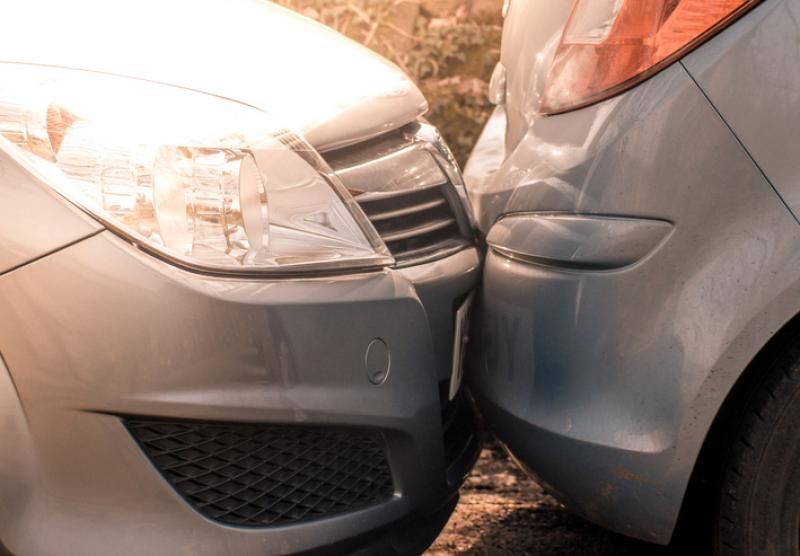 Britain's three biggest cities are among the top five areas in Britain worst hit by bogus schemes that involve people deliberately crashing cars in order to make insurance claims, according to figures published Tuesday.
The Insurance Fraud Bureau said it found that 170,000 claims could be associated with gangs who deliberately crash vehicles for fraudulent financial gain in its analysis of 2.7 million motor insurance claims that were made across Britain between October 2019 and December 2020. The bureau investigates crime on behalf of the insurance sector.

The study came up with Britain's top 30 worst-affected postal districts for the schemes, and found that Birmingham is the area in the country where the schemes are most prevalent. The Midlands city was followed by areas of Bradford, northern England, Manchester — in the northwest — London and then Luton, just north of the capital, according to the investigators.

The "crash for cash" scams can include vehicles being damaged behind closed doors as well as drivers deliberately colliding with innocent road users, the investigators said.

Gangs can be behind the orchestrated collisions, which have a combined value of fraudulent claims running into millions, the investigators said.

James Dalton, director of general insurance policy at the Association of British Insurers — the sector's trade body — warned that the gangs are often highly organized and put lives at risk.

"The amounts that they fraudulently claim can be huge, and can [have an impact on] the motor premiums paid by honest motorists. With more vehicles on the roads as we emerge from the pandemic restrictions, so the potential targets for these criminals increases," he said.

"This is why it is so important for all motorists to be on their guard — if you suspect an incident is suspicious do not put yourself at risk, but report your suspicions to the [bureau's] confidential Cheatline," Dalton added.

The report cited the experience of Freddie Lovejoy, an LV customer and scam victim, who urged drivers to be aware of the fraud.

"You never expect a crime like 'crash for cash' to happen until it does, and I would strongly recommend drivers read up about it. There can be physical and mental impacts when involved in a car incident, and to think criminals do it on purpose is scary," Lovejoy was quoted as saying.

The investigators warned in May last year of a spike in the scams with the easing of COVID-19 pandemic lockdowns in England and drivers returning to the road.
#COVID-19  #Covid
Add Comment