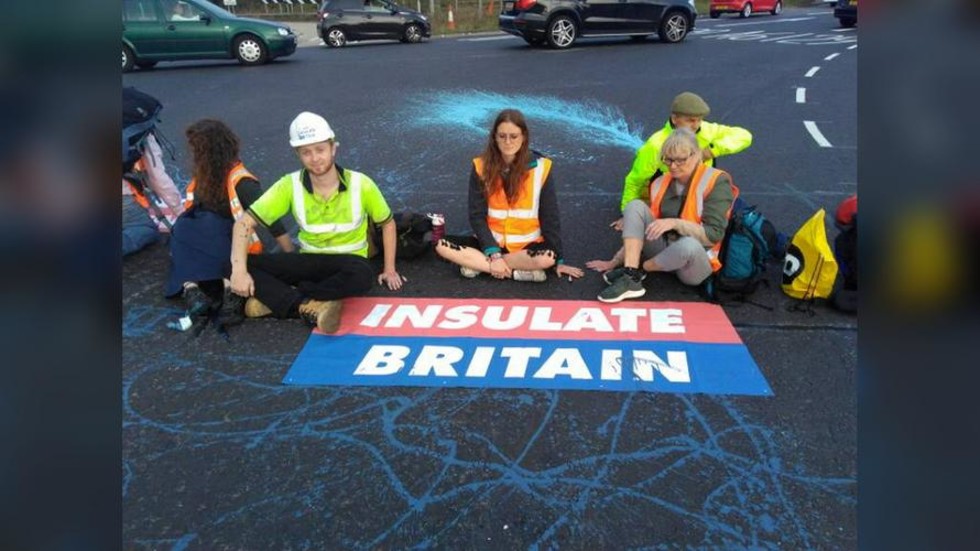 The climate change group Insulate Britain has apologised for “causing disruption” to roads around and leading into London over the past few weeks after UK Prime Minister Boris Johnson called them “irresponsible crusties.”
On Tuesday, a spokesperson said the movement “profoundly” apologised for any disturbances and said that the group “cannot imagine undertaking such acts in normal circumstances,” but said that it believes “the reality of our situation has to be faced.”

He went on, stating that climate collapse is happening around us, and that the country faces “economic chaos and the breakdown of law and order in a matter of years,” imploring the prime minister to pledge that the “government will live up to its responsibilities to protect us” from these scenarios.

The spokesperson’s comments come after Johnson lashed out at the group and its protest tactics. Speaking to LBC on the same day, the PM weighed in: “I think they are irresponsible crusties who are basically trying to stop people going about their day’s work and doing considerable damage to the economy.”

He said that while “some people may think they are legitimate protestors,” he, however, does not.

UK Home Secretary Priti Patel announced on Tuesday that maximum penalties for disrupting motorways will be increased and will “criminalise interference with key infrastructure such as roads, railways and our free press.”

Patel also said that police and courts will be given new powers to handle “small minority of offenders intent on travelling around the country, causing disruption and misery across our communities.”

On Monday, motorists were left furious when around 50 members of Insulate Britain, an offshoot of Extinction Rebellion, were reported to be causing disruption at key locations in the UK capital, including the Blackwall Tunnel and Wandsworth Bridge.

Protests by the movement, who are demanding that the UK government insulate millions of homes nationwide, deemed an integral element of reducing carbon emissions, have staged a string of protests on the major M25 London orbital, with protests even traveling as far as the Port of Dover.
#Boris Johnson  #Priti Patel  #Johnson
Add Comment