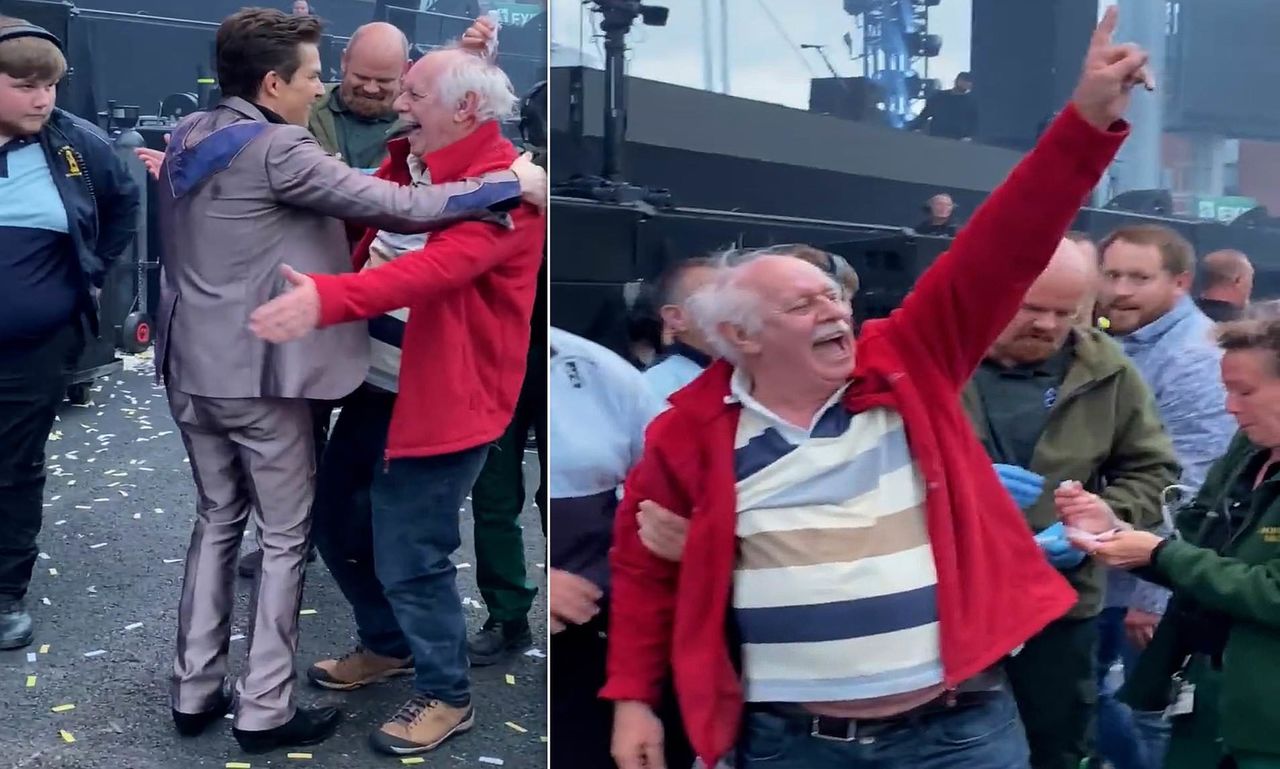 The Killers' frontman leapt off stage to see if crowd-surfing Doug James who fell at a gig was OK.

A gig by The Killers in Manchester was stopped when frontman Brandon Flowers jumped off the stage to see if a 67-year-old crowd surfer who fell was OK.

Doug James from Sale, Greater Manchester, cut his head when he tried crowd-surfing for the first time.

Flowers, who named Mr James Billy, checked to see if he was OK and hugged him.

The crowd were then chanting "Billy" when Flowers returned to the stage and explained he had asked Mr James what he was doing.

"Do you know what he said? He said 'I'm enjoying myself'".