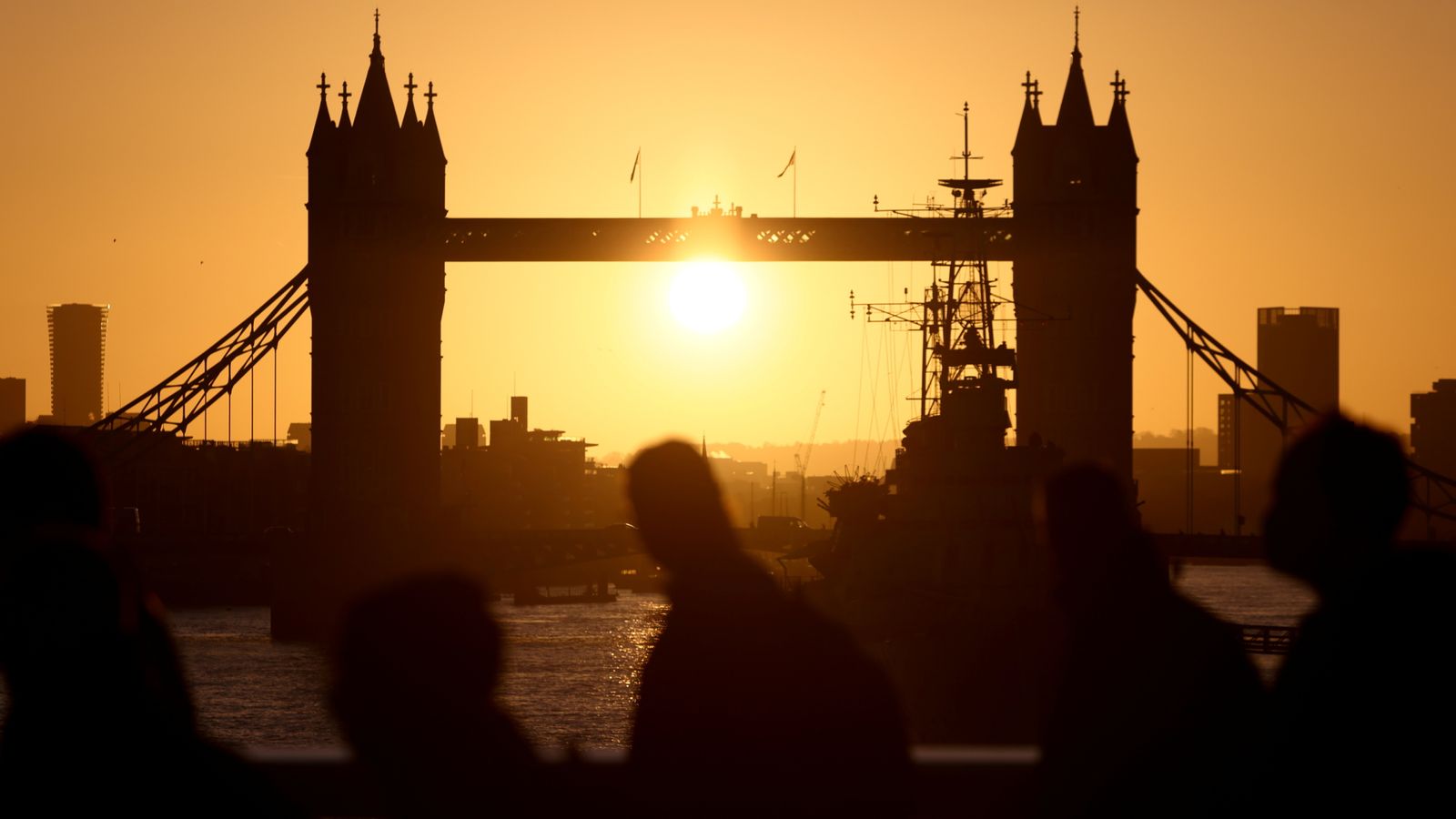 It will not feel like it, as consumers digest news that UK inflation has hit its highest level since before the Falklands War, but there are reasons to hope that inflation is coming close to its peak.

That is because the price of a number of commodities - whose prices surged after Russian President Vladimir Putin invaded Ukraine - have fallen sharply from their recent peaks.

First and foremost, take the price of oil.

The price of a barrel of Brent crude peaked at $139.13 on 7 March, 11 days after Russian troops entered Ukraine, but today touched $91.51 - a level not seen since before Mr Putin initiated hostilities against his neighbour.

Or have a look at copper, a commodity whose widespread use across a range of industries makes it an accurate barometer of global economic activity, earning it the nickname of 'Dr Copper' on commodity markets.

Or take the price of iron ore, the key ingredient in steel, a key cost for sectors like car-making and construction.

It has fallen by around 50% since spiking in March after Putin attacked Ukraine and is now trading at roughly half the price at which it was changing hands this time last year - mainly reflecting weaker demand for steel from the Chinese construction sector.

The same phenomenon has been seen with so-called 'soft' commodities. The price of wheat surged in March immediately after the invasion with the cost of a bushel of wheat (sufficient to produce enough flour to bake 70 1lb loaves of white bread or 90 1lb loaves of wholemeal bread) surging to $13.63 on 8 March.

It was trading today at just $8.03, the level at which it was trading just before the war, despite ongoing concerns about Ukraine's ability to export its wheat.

Not only have commodity prices fallen from their immediate post-invasion peaks - so too have shipping costs, a key contributor to the inflation experienced ultimately by consumers.

The global container freight index compiled by the data provider Freightos, which measures the cost of shipping a typical 40 foot container around the world, has fallen from $9,777 at the beginning of March to $5,956 in the last week.

The fall in shipping costs on certain routes, for example from China to Los Angeles on the US West Coast, is greater still.

All of these factors ought to provide some comfort that the original factors that contributed to the current inflationary pressures being seen in the economy are starting to abate.

That is starting to show up around the world in some measures of inflation, most notably with producer price inflation (a measure of the prices being received by producers of goods and services), which dropped in the United States from 8.4% in June to 7.6% in July.

And there was a sign today that the same is happening here - with input PPI (which reflects the costs being incurred by the producers of goods and services) falling from the record 24.1% seen in June to 22.6% in July.

It raises hopes that output PPI - sometimes referred to as 'factory gate inflation' - will also start to ease in coming months.

That is not to say that the headline rate of inflation in the UK has peaked. It has not, with the peak month likely to come in October, when Ofgem is set to raise the household energy bill price cap.

The Bank of England is predicting a peak of 13%.

The big concern for the Bank is that the nature of inflation is changing.

The current inflation being experienced in the economy is largely due to the war in Ukraine, which has pushed up the price of a range of commodities, as well as ongoing supply chain disruption caused by the recent bout of Covid lockdowns in China.

However, the Bank worries about so-called 'second round effects', changes seen in the behaviour of businesses and households in response to that inflation.

The Bank's Monetary Policy Committee, in raising interest rates earlier this month by the biggest amount since 1995, clearly had this in mind.

Minutes of the meeting suggest the committee had noted indications that inflationary pressures were becoming more persistent and "broadening to more domestically driven sectors".

They went on: "In a tight labour market and an environment in which companies were finding it easier to pass on price increases, a higher and more protracted path for consumer price inflation over the next 18 months could increase the risk that an eventual decline in external price pressures would not be sufficient to restrain expectations of above-target inflation further ahead."

That is why the MPC raised interest rates earlier this month and why the market is now pricing in a further half-point rise next month.

And that may only be the start.

The yield on two-year UK government gilts (IOUs), which is a good indication as to where the market thinks interest rates are heading in the near term, jumped to 2.453% following Wednesday morning's worse than expected inflation figures.

So, while the initial supply pressures that have sparked this year's inflation shock may be easing, the danger is that inflation more broadly may not.