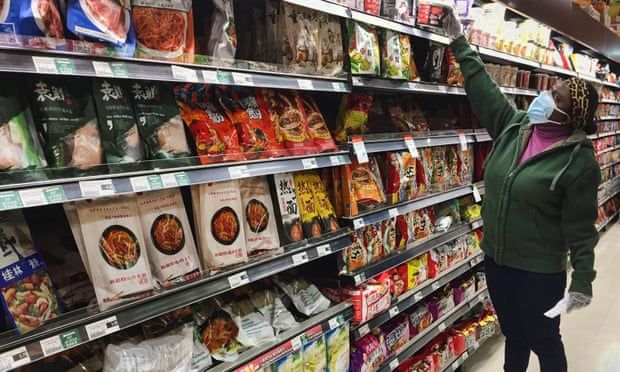 Rate hikes could induce a recession and hurt ordinary people. We need price stabilisation measures instead
Today American policymakers face a stark choice. Either, they can fight inflation by continuing to hike interest rates to generate unemployment and bring down aggregate demand. Or, they can employ a surgical approach that reins in the price increases that have been driving inflation, while encouraging investments to overcome chronic supply chain issues.

The current inflation situation hasn’t been about all goods in the economy getting more expensive at the same rate. Specific goods – food, fuel, cars and housing – have been experiencing massive price shocks, raising the general inflation level substantially. Controlling these changes would require aggregate demand to shrink to unbearable levels for average Americans – essentially making people too poor to buy goods, and thus alleviating bottlenecks. Rate hikes are not only ill suited to bring down these essential prices but risk a recession throwing millions out of work.

This is not only a bad choice for economic growth; inducing a recession has wide-ranging electoral and social consequences. The burden of the pandemic and inflation has been distributed very unequally with low-income households and Black and brown communities carrying the heaviest weight in both emergencies. Relying on rate hikes means shifting the burden once more on their backs. But there is an alternative: the Emergency Price Stabilization Act just introduced to Congress and the Inflation Reduction Act are pointing the way in a more hopeful direction.

To be clear, policymakers are in a legitimate bind. Inflation, meaning a rise in the general price level, is hitting the American people hard, causing a real crisis for many struggling to meet their mounting bills. So far, the inflation response has relied on the Federal Reserve. The Fed continues its war on inflation, just having raised its policy rate yet again by a staggering 75 basis points. For everyday Americans, the continuation of rate hikes may not sound like big news, but it is. In fact, the Fed’s recent actions have helped push mortgage rates up nearly two percentage points since the start of the year, adding hundreds of dollars a month to average mortgage payments and placing home ownership further and further out of reach for many middle-class American families.

But mortgage rates aren’t the only thing that is affected by Fed tightening. In fact, higher rates are akin to slamming on the economic brakes, slowing investment, often leading to layoffs, and certainly dragging down construction of desperately needed new housing. In today’s economy, where much of our economic woes stem from too little investment, too few quality jobs, corporate profiteering and international conflict, Fed tightening is not the right choice for the woes of our times.

For the most part, policymakers have been acting like rate hikes are the only option on the table to tame inflation – in good neoliberal fashion the dictum of “there is no alternative” has ruled. But the Emergency Price Stabilization Act introduced last week by the New York congressman Jamaal Bowman would arm policymakers with tools to tame inflation and restore balance to the economy without slowing it by sacrificing workers and slashing necessary investments. (We both advised Congress on the legislation). Specifically, the legislation would expand the scope of the White House supply chain disruptions taskforce to tackle price explosions that result from supply side issues.

It would empower the taskforce to recommend the president to utilize targeted price stabilization measures including price controls to limit price increases in systemically significant goods and services: gas, housing, food, electricity, etc. Contrary to conventional wisdom, price controls have a rather successful history in the US when used right, and, while not a magic bullet, they are a powerful tool to tame inflation and protect low- and middle-income Americans. This is particularly true when market power – be it from landlords, oil companies or meat cartels – is at play.

But price controls can only buy time for measures that tackle the underlying supply issues and pricing behavior. Other parts of the new act are just as crucial, including measures that would collect better data on corporate profits to determine the degree to which price gouging is playing a role in driving inflation, something voters, including the majority of Republicans, already think is a significant problem. And this type of oversight isn’t far-fetched in the least. Many states already have laws on the books to prevent corporations from gouging consumers during events such as natural disasters. Why not during economically tumultuous times?

And what about those necessary investments that rate hikes would slow? Well, the act contains measures to tame inflation by doing the exact opposite: boosting productive capacity, which will ease inflation by increasing supply. The Emergency Price Stabilization Act not only provides an escape route from the looming dangers of a recession or even stagflation. Combined with the Inflation Reduction Act, it presents an alternative logic of economic policymaking. One that enables us to react to sectoral shocks with targeted measures while investing in the future.

We are living in a time of overlapping emergencies – pandemic, climate change and intense geopolitical tensions all coincide. We need to be prepared for future shocks to the global flow of goods. Oil prices in the US are easing for now but the global energy crisis is far from over. Europe is preparing for historic gas shortages in the coming months. This has severe consequences not only for consumers across the Atlantic but also for global fossil fuel prices and critical supply chains such as the German chemical and machinery industries. Pushing down the whole economy whenever supply chains crumble under the weight of these emergencies is not sustainable.

Targeted price stabilization and limits on corporate profiteering aren’t going to fix the war in Russia or the chronic underinvestment in the US economy. But they’ll protect workers and economic prosperity by providing the government with better tools to address inflation, manage corporate power and prepare the grounds for urgently needed investments. Importantly, these measures ensure Congress doesn’t sit idly by as the Fed fights inflation alone, especially in times like these when it’s simply not equipped with the resources to target the actual problems the nation is facing.

We need more than the Fed to fight inflation and respond to price shocks. With economists finally coming around to the idea that inflation can be driven by something other than workers getting too much of the economic pie, it’s high time for policymakers to act.
Add Comment