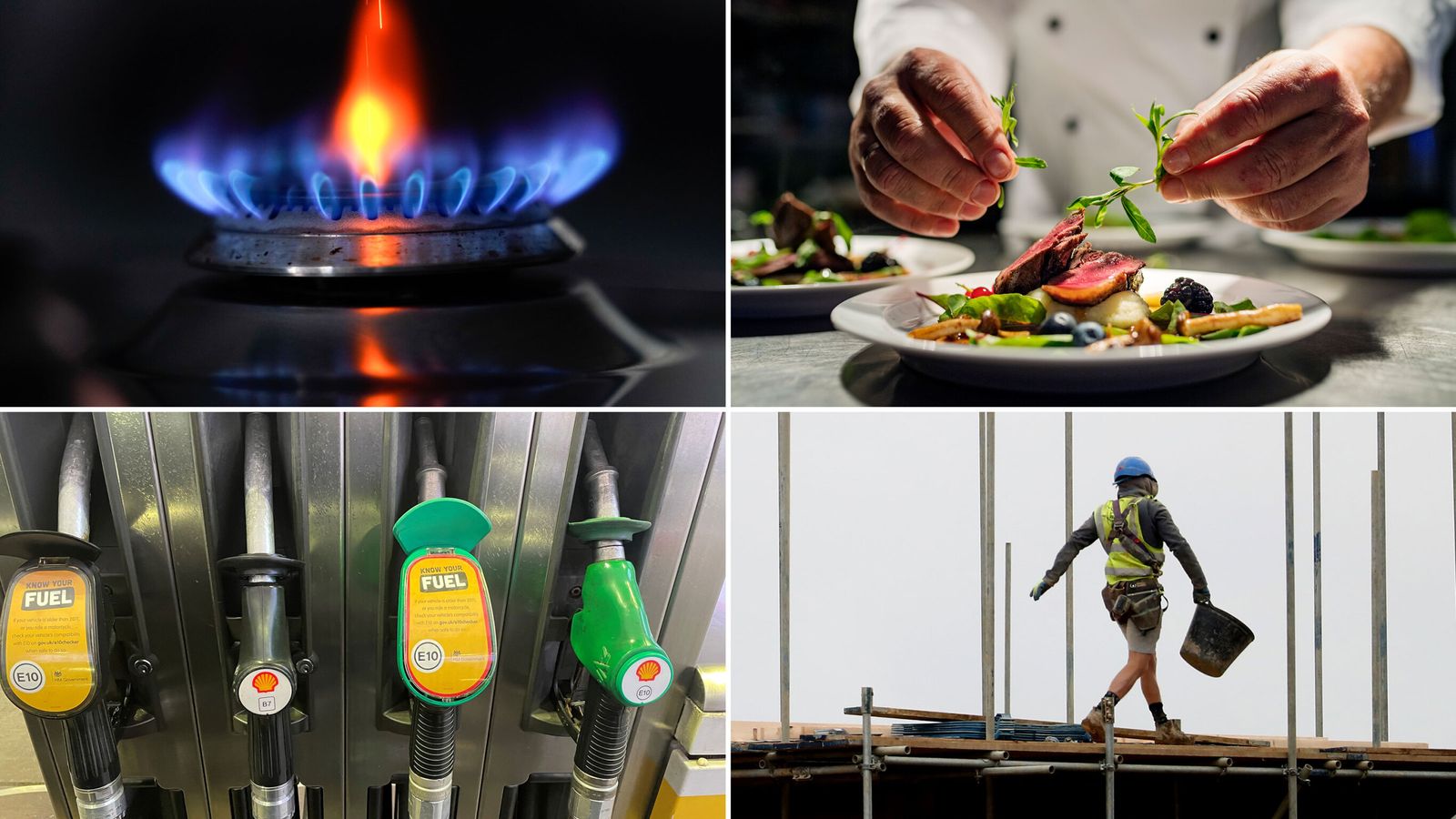 At the last Bank of England Monetary Policy Report in May, it was forecast that inflation would peak in the last three months of this year at around 10%. But the Resolution Foundation says the peak could be later and higher.

Inflation could hit 15% early next year due to rapidly-rising energy prices, according to the Resolution Foundation.

This should reduce global inflationary pressure but, for the UK, the massive increase in gas prices is "wiping out" any good news.

Jack Leslie, senior economist at the Resolution Foundation, said: "The outlook for inflation is highly uncertain, largely driven by unpredictable gas prices, but changes over recent months suggest that the Bank of England is likely to forecast a higher and later peak for inflation - potentially up to 15% in early 2023.

"While market prices for some core goods - including oil, corn and wheat - have fallen since their peak earlier this year, these prices haven't yet fed through into consumer costs and remain considerably higher than they were in January.

"With gas prices continuing to reach record levels, both households and businesses will see large increases in their energy bills throughout the winter and into 2023.

"How long this high inflation will last is hugely uncertain, but the cost of living crisis looks set to last longer and hit households harder than previously anticipated."

Energy prices have helped push inflation to levels not seen for 40 years, and the Resolution Foundation said that expected gas prices for this winter are close to 50% higher than they were in the aftermath of the Russian invasion of Ukraine.

The cost of living crisis gathered pace in April when the price cap rose by more than 50% to £1,971, alongside rises in other things such as council tax and national insurance.

This week energy consultancy Cornwall Insight forecast that the energy price cap would remain above £3,500 a year throughout most of next year.

The high inflation means that the Bank of England is expected to increase interest rates tomorrow by as much as half a percentage point.

In the last BoE Monetary Policy Report in May, it was forecast that inflation would peak in the last three months of this year at around 10%.