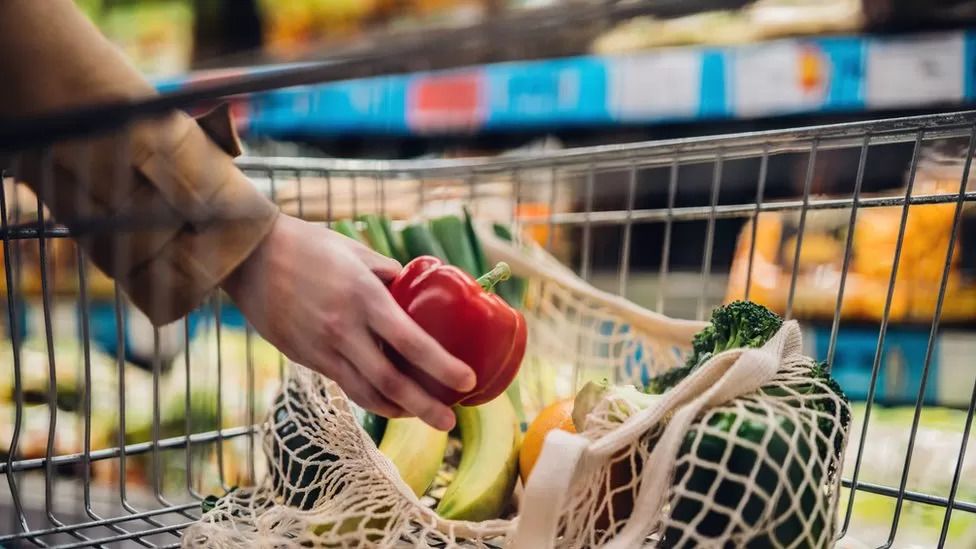 Scientists carried out tests for the Food Standards Agency (FSA), purposely smearing the virus on to packaging and food products, including fruit, pastries and bottled drinks.

They chose items that people might put in their mouth without cooking or washing.

The risk to consumers remains very low, they say.

Their report says it should be noted that "foods and packaging considered as part of this study were artificially inoculated with Sars-Cov-2 and therefore are not a reflection of contamination levels found on these foods at retail, and lower levels of contamination will require less time to decline to undetectable levels."

For most food products tested there was a "significant drop" in the levels of virus over the first 24 hours.

But in some cases traces survived for about a week, the University of Southampton team found.

"For a highly infectious agent such as Sars-Cov-2, which can be transmitted through touching contaminated surfaces and then the face, these findings are highly noteworthy," they say.

"The public may be interested in the finding that virus may persist in an infectious state, on foods and food packaging surfaces, for several days under certain common conditions."

But they add that there is no need for shoppers to take extra precautions when handling food - other than washing your hands before preparing and eating it, and rinsing fresh produce to help to remove any contamination on the surface.

The amount of virus they applied was designed to simulate how much might land on food if someone who was infected coughed or sneezed near it, for example, because Covid is spread by respiratory droplets.

Anthony Wilson, microbiological risk assessment team leader at the FSA, said: "In the early stages of the pandemic, we didn't know much about how the virus would survive on different food surfaces and packaging, so the risk assessment was based on a worst-case assumption.

"This research gives us additional insight into the stability of coronavirus on the surfaces of a variety of foods and confirms that assumptions we made in the early stages of the pandemic were appropriate, and that the probability that you can catch Covid via food is very low."

The team examined a range of temperatures and humidity levels to mimic typical storage conditions, measuring the rate of inactivation of the virus, and found:

The virus appears to last longer on produce with uneven surfaces - broccoli and raspberries - than on smooth skinned ones such as apples (although some chilled fresh peppers had detectable virus a week later).

Apples contain natural chemicals in their skin that may start to break down the Covid virus within minutes or hours, the scientists say.

Pastries such as pain au chocolat appeared to have little virus after a few hours - perhaps because they are coated in a fine layer of egg wash during baking, say the FSA scientists. Eggs contain arachidonic acid which might have an antiviral effect.

Cheese and cold meat, with a high protein and fat content, appear to allow the virus to survive for days - possibly a week.

Covid can survive for up to a week on plastic surfaces. For cartons, it could be several days. For aluminium cans, it is probably only hours, say the researchers.