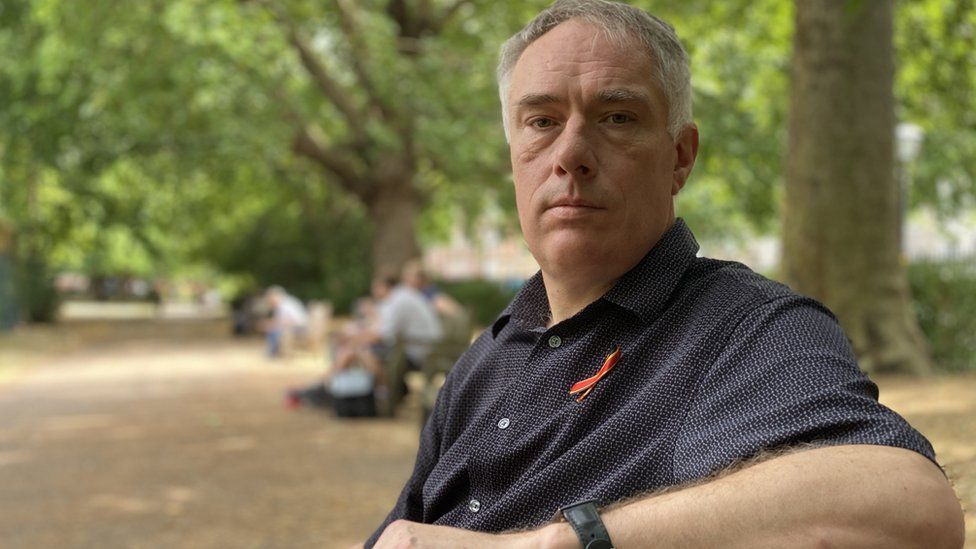 More than 4,000 surviving victims of the contaminated blood scandal should receive provisional compensation of £100,000 each, a judge has said.

The chairman of the infected blood public inquiry, Sir Brian Langstaff, said there was a compelling case to make the payments quickly.

At least 2,400 people died after contracting HIV or hepatitis C through NHS treatments in the 1970s and 80s.

The government has said it would urgently consider any recommendations.

But giving evidence in 2021, then health secretary Matt Hancock said "of course" compensation would be paid to victims and their families if the public inquiry formally called for it.

Currently, victims and families get an annual financial support payment but have not been compensated for loss of earnings, care costs and other lifetime losses.

Groups representing victims say this recommendation is a major step forward towards an official admission of responsibility for what has been called the worst treatment disaster in the history of the NHS.

Tens of thousands of NHS patients with haemophilia and other blood disorders became seriously ill after being given a new treatment called factor VIII or IX from the mid-1970s onwards.

At the time the medication was imported from the US where it was made from the pooled blood plasma of thousands of paid donors, including some in high-risk groups, such as prisoners.

If a single donor was infected with a blood-borne virus such as hepatitis or HIV then the whole batch of medication could be contaminated.

An unknown number of UK patients were also exposed to hepatitis B or C though a blood transfusion after childbirth or hospital surgery.

Richard Warwick, who was infected with HIV and two forms of hepatitis as a young boy in 1978 after being given contaminated treatment, said compensation was long overdue.

"It's the affirmation that wrong was done to done to our community," he said.

"Finally, after all this time, it's recognition of the harm that's been done to us and a way of compensating victims that will enable them to get on with their lives."

Over the years, the government has put in place a number of schemes offering victims financial support without any admission of liability but, unlike in the Republic of Ireland and some other countries, compensation has never been paid to individuals or families affected.

Inquiry chairman Sir Brian said individuals who currently qualify for financial support, including some bereaved partners of those killed, should now be offered interim compensation of £100,000 each.

The idea would be to fund immediate bills and care needs, with final recommendations on compensation for a wider group of people expected when the inquiry concludes next year.

An independent study commissioned by the government, published last month, said victims should eventually be compensated for physical and social injury, the stigma of the disease, the impact on family and work life, and the cost of care.

It recommended that partners, children, siblings and parents of those who had been infected should be eligible for payments too.

If the inquiry and then the government accept those proposals then it is possible a final bill could be more than a billion pounds.

Kate Burt from The Haemophilia Society said: "Today's recommendations leave no room for doubt: many of those infected or bereaved are ill and dying and need compensation now."

A government spokesperson said: "We recognise how important this will be for people infected and affected across the UK, and can confirm that the Government will consider Sir Brian's report and the recommendations of Sir Robert Francis QC with the utmost urgency, and will respond as soon as possible."