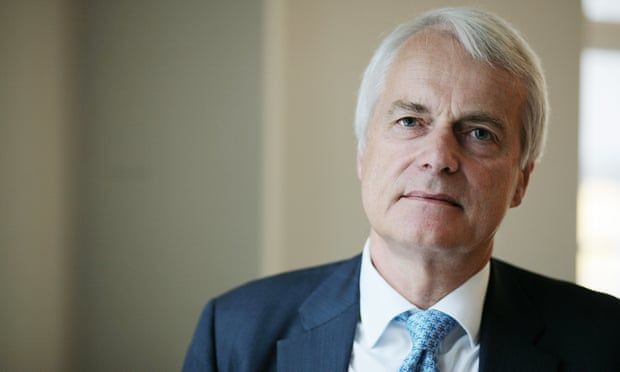 Sir Robert Francis, who authored study, says there is ‘compelling case’ for giving interim compensation of £100,000 to each victim
Compensation for victims of the infected blood scandal could run into billions of pounds after a government commissioned report suggested thousands of people should receive minimum payments of £100,000 each.

Sir Robert Francis QC, was asked to make recommendations for a framework for compensation and redress for people infected after being given factor VIII blood products that were contaminated with HIV and hepatitis C imported from the US in the 1970s and 1980s, or after being exposed to tainted blood through transfusions or after childbirth. It has been described as the biggest treatment disaster in the history of the NHS.

In his study, published on Tuesday, Francis says there is a compelling case for awarding interim payments as soon as possible to those previously accepted as eligible for support.

He says: “Many wish to be able to settle their affairs before they die. Challenging though it is to do this before the scheme has been set up and is fully operational, and

before the conclusions of the [public] inquiry are available, I suggest that such a payment should be made now, reflecting the minimum any infected person could be expected to receive under the scheme. I have suggested this is unlikely to be less than £100,000 in any case.”

While Francis says that it is not currently possible to know the number of people who may be eligible for compensation were a scheme to be set up, it has previously been suggested that as many as 30,000 people became severely ill as a result of the scandal, with approximately 3,000 having died to date. If tens of thousands of people received £100,000 each it would take the total compensation into the billions.

However, the Factor 8 campaign group has disputed that such a high number of people were infected and noted that some believe it was invented to “make the scandal appear to be ‘too expensive to compensate’”. It says that as of 2015, 5,500 people had accessed financial support, which would have included widows, children, infected partners and other estate beneficiaries as well as those infected.

Jason Evans, whose father died after receiving contaminated blood and who founded the Factor 8 campaign, welcomed the report, adding: “What’s important now is that we have time to fully read and consider it. As yet there is no commitment from government that compensation will happen and it’s important for all those impacted to understand this. I believe it would bring some sense of security if the government were to make such a commitment before the inquiry reports next year.”

The report recommends that victims should be compensated, among other things, for physical and social injury, stigma and social isolation, the cost of care and loss of income. It also recommends that partners, children, siblings and parents of infected people as well as other family members or very close friends who suffered mental or physical consequences should be admitted to the compensation scheme.

Kate Burt, chief executive of the Haemophilia Society, said: “Thousands have died waiting for the government to do the right thing – now the time has come to act.”

Des Collins, senior partner at Collins Solicitors, legal adviser to more than 1,500 victims of the infected blood scandal, also urged swift action but said it was “undoubtedly an historic day for the many campaigners who have fought so hard for up to 40 years”.