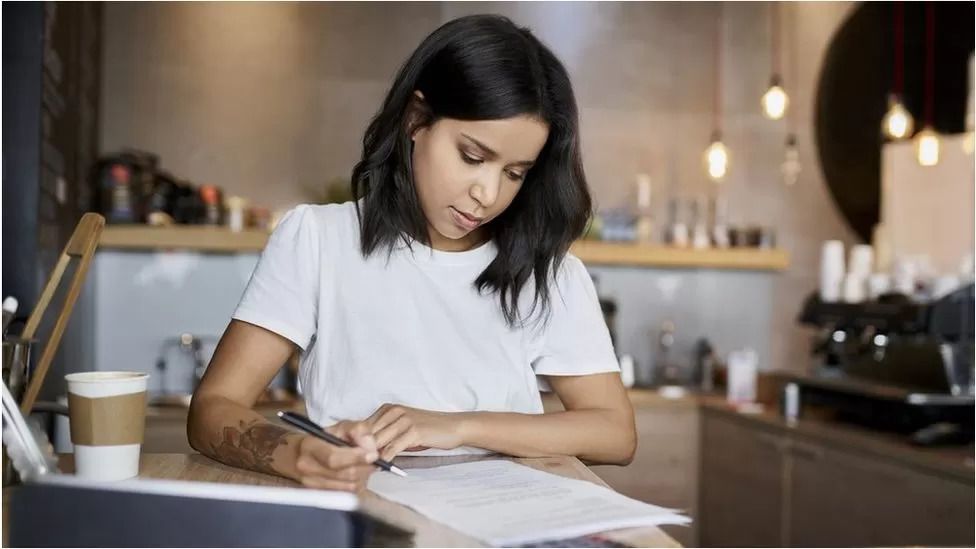 Income tax: How will thresholds change and what will I pay?

The government has announced changes to income tax rules, which will mean millions of people pay more.

Income tax is the single biggest source of funding for the government.

What changes have been announced?

Chancellor Jeremy Hunt will freeze the income tax personal allowance at £12,570 until April 2028.

Anyone who earns more than this will pay more tax.

He is also freezing the threshold at which people start paying higher rate tax for the same period. They were already frozen until 2026.

Freezing the thresholds means that tax bands stay the same, even as people's pay goes up.

As wages rise, people pay tax on a larger proportion of their earnings, and more people move into higher tax brackets. This is sometimes called fiscal drag. 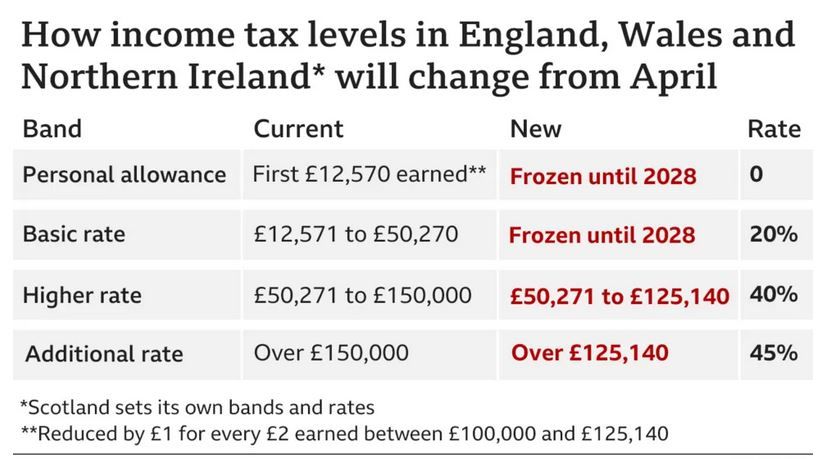 What income do you pay tax on?

You pay income tax to the government on earnings from employment and profits from self-employment.

Income tax is also due on some benefits and pensions, the money you get from renting out property, and returns from savings and investments above certain allowances.

These rules apply in England, Wales and Northern Ireland. Scotland has different rules to the rest of the UK.

What is the basic rate of income tax?

The basic rate is 20%, so a fifth of the money you earn between those amounts goes to the government.

What is the higher rate of income tax?

Once you earn over £100,000 a year, you start losing your tax-free personal allowance.

What is the additional rate of income tax?

The government says about 660,000 people pay the additional rate of income tax.

What is National Insurance?

For employees, National Insurance is in many ways similar to income tax - it is also a tax on the money you earn.

It is the second biggest source of money for the government.

It works on some of the same thresholds as income tax.

It is not paid by people over the state pension age even if they are still working.

How is tax different in Scotland?

Some income tax rates are different in Scotland because of powers devolved to the Scottish Parliament.

These are the current income tax rates:

The Scottish government will set out its tax and spending plans for 2023/24 on 15 December.