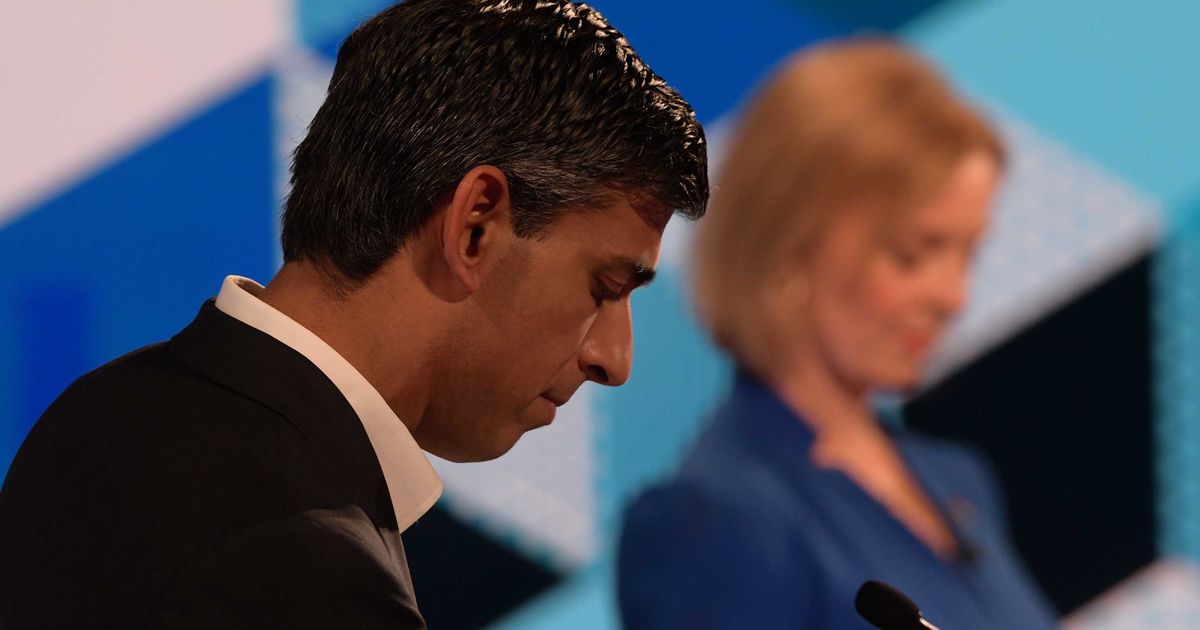 In the race to succeed Boris Johnson, only China hawks need apply

Liz Truss and Rishi Sunak are both scrambling to look tough on Beijing.

Who's the toughest on Beijing?

That’s one of the central questions animating the contest to pick the next U.K. prime minister, as Liz Truss, the foreign secretary, and Rishi Sunak, the former chancellor, fall over one other to convince Conservative Party members they are true China hawks.

It’s a contest in which Truss, the front-runner, has a clear advantage.

While leading the Foreign Office over the past two years she has carefully positioned herself as an outspoken critic of China, privately accusing Beijing of committing genocide against the Uighurs in Xinjiang and calling for the U.K. to develop a “network of liberty” with other democracies.

Sunak, on the other hand, has taken a more ambivalent approach. As the U.K.’s top finance minister he was notably eager to foster closer economic ties with China, and this year sought the resumption of high-level government talks.

During a televised BBC leadership debate on Monday, Truss accused Sunak of seeking closer ties as recently as last month. Sunak had tried to preempt her the previous night by suggesting the Foreign Office had “rolled out the red carpet” to Beijing under Truss' watch.

POLITICO has spoken to more than half a dozen Tory China hawks, campaigners, policy experts and government officials who all privately said they view both Sunak and Truss’ approaches to China as simplistic, opportunistic and at times naïve.

But the tough rhetoric coming from both camps suggests that whoever wins will be ushering in a rocky new phase of Sino-British relations.

Eager to stay on the front foot, Truss — the hot favorite to win the contest — unveiled a new policy Wednesday night seeking to bolster the Commonwealth as a bulwark against the rise of China.

She already enjoys the support of some of the Conservative Party’s most prominent China hawks. Iain Duncan Smith, the former Tory leader who orchestrated the successful rebellion against plans to involve telecoms firm Huawei in building the U.K.’s 5G network, is one of her most vocal backers. There is some speculation he will be offered a China-related job in her government.

Bob Seely, another prominent Tory who has long pushed for a tougher approach to China, is also backing Truss. “We cannot make the same mistake with China as we did with Russia,” Seely said. “Rishi is moving [toward taking a harder line] and it’s really good to see that. But Liz, for me, grips this issue more and sees this as a battle for civilization, between free and open societies and closed and oppressive ones.”


Privately even Truss supporters say her China stance has always been designed to boost her popularity inside the party, but point out that she arrived at it much earlier than Sunak. “Liz’s stance is at least a hell of a lot of older than Rishi’s,” one Tory adviser said.

But critics worry about her famously maverick tendencies — not least her suggestion in June that the U.K. should learn lessons from the Russian invasion of Ukraine, and move to arm Taiwan to ensure “it has the ability to defend itself” against China.

“Liz Truss has terrified people,” said one Tory official, arguing the Taiwan incident had “instantly undermined any credibility she built up” and proved that she takes a “headline first, policy later” approach.

The center is a Foreign Office agency accused by some of being too pro-Beijing. But others point out that its work in maintaining informal dialogues with China to inform the U.K.’s understanding of its thinking is all the more essential when bilateral relations are poor.

“I’m not sure that cutting the main body for skilling up civil servants on China is the right approach,” a Tory official said.

There's no doubt that when it comes to bashing China, Sunak is playing catch-up.

In a speech to financiers in the City of London last year, he praised China as “one of the most important economies in the world” and insisted the U.K. “can pursue with confidence an economic relationship with China in a safe, mutually beneficial way.”

His pronouncement this week that China represents “the largest threat to Britain and the world’s security and prosperity this century” — seen as an attempt to compensate for a previously dovish stance — has raised eyebrows even among people sympathetic to his campaign.

A section of Tory China hawks — themselves a diverse group — has backed him, however. Alicia Kearns, who is co-chair of the China Research Group, is supporting his campaign. Kearns is a close ally of Tom Tugendhat, who has not endorsed anyone since folding his own leadership bid, but is seen as more ideologically aligned to Sunak.

It is notable that Sunak has recently adopted a policy championed by Kearns and Tugendhat to shut down Confucius Institutes, educational programs seen by critics as an arm of the Chinese government. 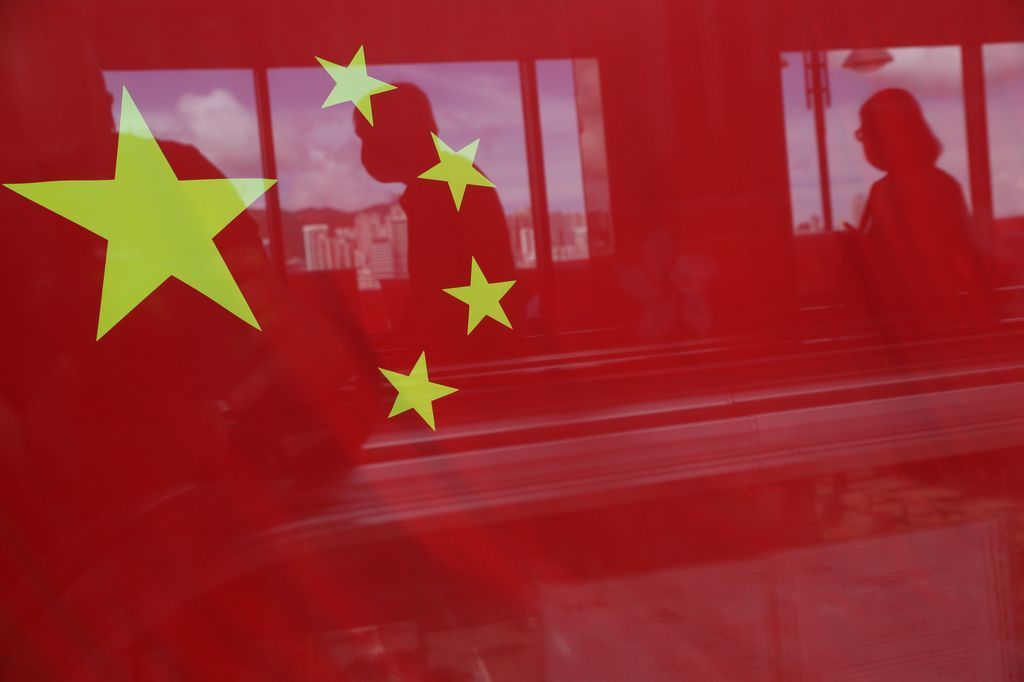 But the fact that he pushed for closer economic ties with Beijing earlier this year puts Sunak in a difficult position. The former chancellor sought to resume the UK-China Economic and Financial Dialogue and the UK-China Joint Economic and Trade Commission, both of which were suspended in the wake of Beijing’s clampdown on protests in Hong Kong in 2019.

This came despite Beijing’s decision to sanction several MPs and members of the House of Lords over what it called their “lies and disinformation” about human rights abuses in Xinjiang. One Tory adviser said this made Sunak “weaker than the EU” on China — a truly damning indictment in Tory circles. Brussels scrapped plans to strike a trade deal with Beijing after its MEPs were sanctioned.

Furthermore, a leaked Treasury document obtained by The Times on Wednesday suggested that as part of the UK-China Economic and Financial Dialogue, Sunak was poised to welcome the listing of Chinese companies on the London Stock Exchange and invite the China Investment Corporation to establish an office in the U.K. Sunak told the paper that he cancelled the forum over security concerns.

The leadership wrangling has not gone unnoticed in Beijing. A cartoon in the Chinese state-run Global Times on Wednesday depicted Truss and Sunak competing to be the “biggest China basher,” while ignoring soaring inflation and the global energy crisis. A comment piece in China Daily mused that the winning candidate might want to appoint a “secretary of hating China.”

And it's certainly true that given the way the contest has played out, whoever enters Downing Street on September 6 will have to at least pay lip service to a significantly tougher policy than what came before.

During his three years as prime minister, Boris Johnson repeatedly declared himself a Sinophile — including in a recent phone call with China’s President Xi Jinping — and pushed for close economic ties. Johnson had to be repeatedly dragged into a tougher stance by his more hawkish parliamentary party.

Sunak had been largely on the same page when serving as Johnson's chancellor, and should he win the leadership the expectation is that he would not move far from the current approach. “He’d probably like a functional relationship with China, but he’ll have some mending to do,” one government official who works on China policy said.

Truss, on the other hand, is expected to deliver on her signals of a significantly more aggressive stance. During the leadership contest she was reported to have told MPs she would formally recognize the Chinese government’s actions in Xinjiang as genocide.

Certainly, whoever wins will need to do some deep thinking on the U.K.’s China policy. Government officials and China watchers have despaired at the government’s erratic approach in recent years.

Ministers had long been preparing to publish a major China strategy, but toward the end of his premiership Johnson abruptly decided to shelve it, three people with knowledge of the development told POLITICO. “It was scheduled to be adopted in the Cabinet, then all of a sudden Boris decided not to go ahead,” one person said. Some who helped draft the document are hopeful it will see the light of the day under the next PM.

Luke de Pulford, coordinator of the Inter-Parliamentary Alliance on China, said: “From the inherently contradictory way China is treated in the Integrated Review — a key U.K. government foreign policy document — to the differences in approach across departments, profound, well informed, and strategic reform is long overdue.” 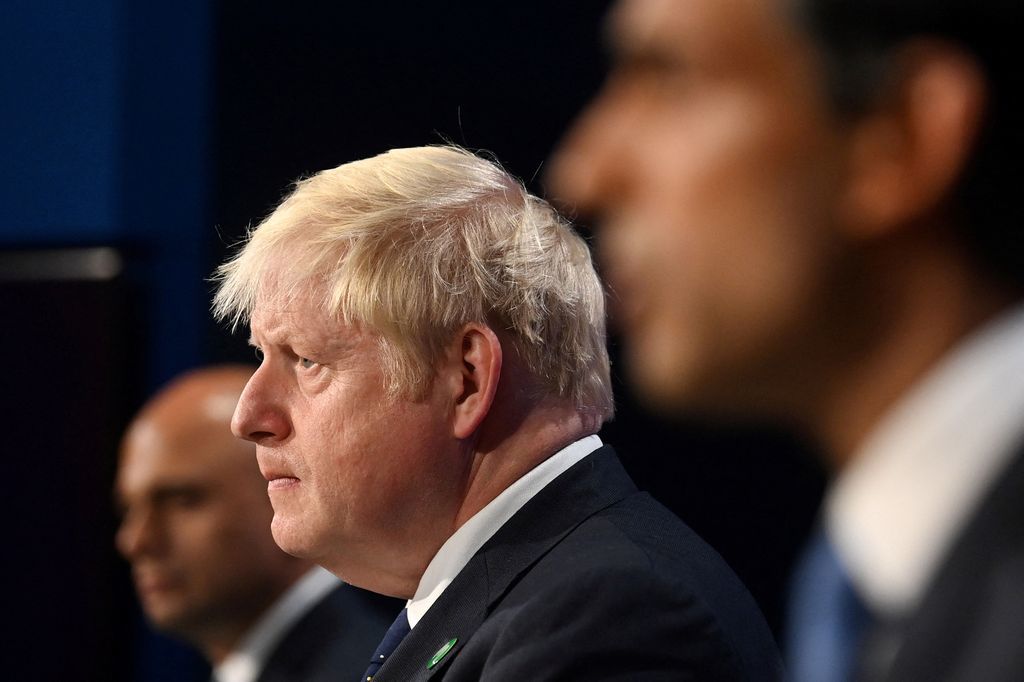 During his three years as prime minister, Boris Johnson repeatedly declared himself a Sinophile

A government official said that Sunak and Truss would “do well to learn from” how the U.S. manages its own relationship with China. “The Americans talk tough, but behind the scenes they’ve got loads of lines of communication,” they said. “They have engagement all over the place.”

“Meanwhile over here, because we can't have good government-to-government relations we can't have good informal relations. It's as if everything that is connected to China is seen as somehow agreeing with or condoning them — at the best naive, at the worst in cahoots.”