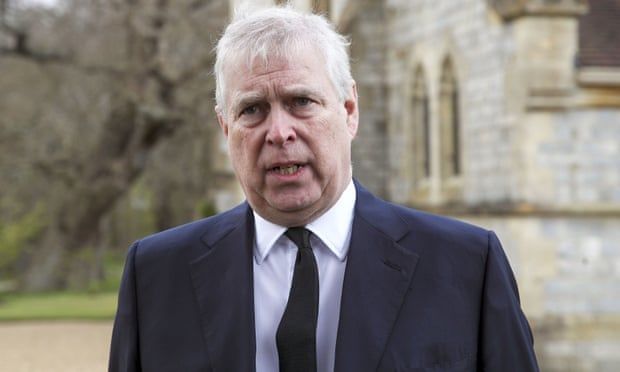 Prince Andrew will not be welcome in any role supporting victims of sex trafficking and shows a sense of entitlement in thinking he has something to offer, according to the Labour MP Jess Phillips.

Phillips, a former Labour leadership contender who campaigns for women’s rights, said the idea that Prince Andrew could help support victims of trafficking was “ridiculous” after he came to a multimillion-pound civil settlement with Virgina Giuffre, who had accused him of sexually assaulting her on three occasions when she was 17, which he denied.

In a joint statement on the settlement, Prince Andrew had pledged to “demonstrate his regret for his association” with the sex offender financier Jeffrey Epstein, by supporting the “fight against the evils of sex trafficking, and by supporting its victims”.

But Phillips said this was inappropriate, even aside from Giuffre’s allegations, given some of his lawyers’s arguments during the case.

“His response to the case throughout broke every myth and stereotype, from slut shaming to referring to [Giuffre] wanting a payday,” Phillips said.

“The behaviour that has been displayed throughout the last four years does not speak to somebody who could be an ally to victims of sexual violence.”

Phillips also said it was not the responsibility of campaigners and charities working to end violence against women “to offer any redemption”.

“We’ve got a lot on without rehabilitating princes,” she said.

Phillips said the statement had almost certainly had to be agreed with Giuffre’s lawyers but the reality of his words were that they “speak of entitlement”.

“What exactly has Prince Andrew got to offer victims of sexual violence? Does he have any skills? I heard, in genuinely good faith, people working with military charities saying he would turn up to things and have something to contribute. But – even without the accusations against him, unproven as they may be – why do they think we need his help like a white knight on a horse? I can’t see him being welcome.”

Many in the sector suggested charities would prefer not to have a public association with the prince and questioned whether it was appropriate for him to offer.

Jayne Butler, the chief executive of Rape Crisis England & Wales, said offers to support victims and survivors of abuse “do feel cynical when Prince Andrew’s legal team demonstrated so much disrespect for Ms Giuffre and a complete disregard for how their victim-blaming actions would affect other victims and survivors”.

“We would suggest that Prince Andrew instead considers looking into supporting prevention work aimed at perpetrators, rather than suggesting he is in any way placed to support victims,” she added.

Hera Hussain, the founder and head of Chayn, which supports survivors of gender-based violence, said Prince Andrew could “donate anonymously if he truly cares about these causes but he absolutely, irrevocably, should not, under any circumstances use these donations to absolve himself from his conduct outside of the trial or rebuild his image”.

“That would be charity-washing. He should not associate himself with any campaign or charity that works on this very critical and poorly resourced cause,” she added.

One member of a leading organisation said they would be “very surprised” if any charity that supports victims – outside of Giuffre’s Speak Out, Act, Reclaim (Soar) – agreed to accept funds or other support directly from the prince. “It’s not a judgment on his guilt, but it’s important for charities to be seen to do the right thing.”

Several leading charities that support survivors of sex trafficking declined to comment on Prince Andrew’s pledge. Some pointed to the prince’s daughter, Princess Eugenie of York’s involvement in the sector, suggesting that many charities would be unwilling to speak out for fear of undermining her work or alienating other royal patrons. She founded the Anti-Slavery Collective in 2017, an organisation whose mission is raising awareness, including of people in forced sexual exploitation.