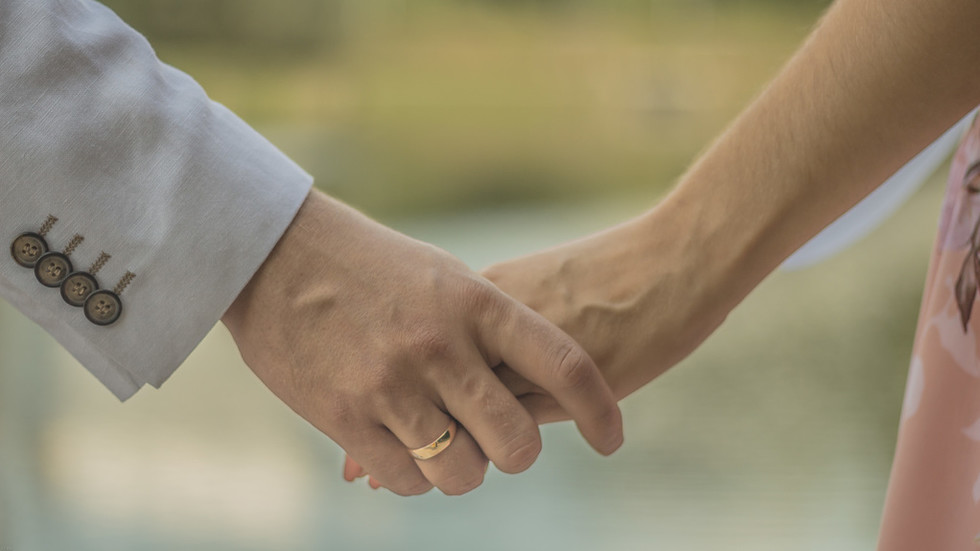 Heterosexual couples across the UK are tying the knot in all but name, as mixed-sex civil partnerships become legal after a lengthy court battle. However, the victory has many wondering if a watered-down marriage was worth it.

Same-sex couples could form civil partnerships in the UK since 2005, and the move was seen by campaigners at the time as a stepping stone to full marriage equality, which came in 2014. Heterosexual couples have always been able to marry, but after a lengthy court battle, can now opt for a civil partnership instead.

After the change in the law came into effect on December 2, and after giving their 28-day notices of intent to form partnerships, the first such couples got not-married on New Year’s Eve, in the romantic surrounds of their local Register Offices.

Congratulations Rebecca Steinfeld and Charles Keidan first mixed-sex civil partnership. This is why I love London, I was just cycling by and saw history being made pic.twitter.com/IVkvWhvDCj

The fight, according to a group of couples profiled by the BBC, was based on woke politics. “The whole idea of marriage seems to us to be archaic and outdated as it is based on patriarchy and gender inequality,” one bride-not-to-be told the BBC. “Marriage in the traditional sense, with its patriarchal historical connotations, wasn't for us, so we're doing what feels right,” another soon-to-be-“civilled” woman said.

While these feminists may rage at the traditional marriage ceremony - a bride in a virginal white dress being given away by her father for example - marriages can also be conducted without the religious trappings, and a civil partnership is not much different in practice. Sure, both partners can turn up at their local Register Office in jeans and t-shirts to sign the documents, but these documents confer the same legal benefits as actual marriage.

Civil partners are eligible for marriage allowance tax relief, exempted from inheritance tax, and acquire joint parental responsibility. However, if things go foul, they can’t just walk away either. A civil partnership is a binding legal arrangement and can only be dissolved by a court of law.

Many commenters, therefore, didn’t get the fuss. One described civil partnerships as “a waste of time and law.”

To some outraged LGBT commentators, heterosexual couples are merely exercizing their “privilege in making civil partnerships straight.” According to these angry activists, civil partnerships were invented to grant limited marriage rights to gays, and therefore should not be celebrated.

Straight couples turning civil partnership into meaningless things by saying ‘it’s not marriage’ and wearing a jeans and t shirt to the ceremony.

So insulting to many gay people who are partnered when this was the only thing available. @BBCBreakfast pic.twitter.com/iXURXQQxKv

One couple interviewed by ITV, a pair of academics, described their legal fight to recognize their partnership as a “long journey and hard-fought battle.”

“Our mental health has suffered, our ability to be civil to each other has been tested, and crucially, we missed out on that important moment to state clearly what we mean to each other, not just what we’ve become in the eyes of others,” the male partner said.

In other words, they supported each other “in good times and in bad,” just as couples vow to do in the church tradition.

Marriage in all but name is fitting, at the close of a decade in which every social institution imaginable has been reshaped by progressive movements. For those still unsure about signing the dotted line and entering into a government-sanctioned partnership, there is one option that’s also growing in popularity. Simply marry yourself.