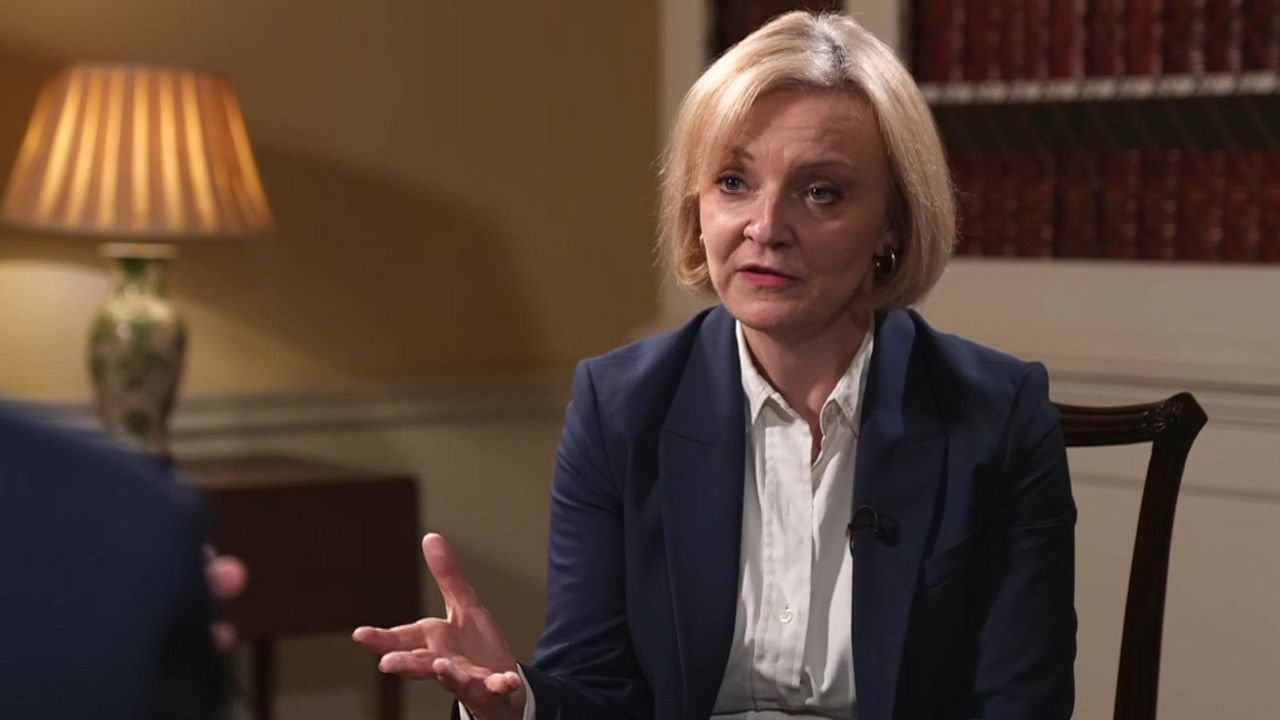 Liz Truss has insisted she will lead the Tories into the next general election, despite U-turns leaving her battling to salvage her authority.

The PM apologised for making mistakes, after the new chancellor Jeremy Hunt junked almost all of her tax-cutting plans to stabilise market turmoil.

She added her month-old premiership "hasn't been perfect," but she had "fixed" mistakes.

And she said it would have been "irresponsible" not to change course.

In an interview with the BBC, she said she was still committed to boosting UK economic growth, but acknowledged it would now take longer to achieve.

"I remain committed to the vision, but we will have to deliver that in a different way," she said.

It comes after a dramatic day at Westminster, after Mr Hunt announced nearly all the tax cuts announced at last month's mini-budget would be scrapped.

The decision has been welcomed by investors, but has left Ms Truss's economic agenda in tatters only weeks into her time in No 10.

In her interview, Ms Truss said she accepted responsibility for going "too far, too fast" - and she wanted to "say sorry for the mistakes that have been made".

She added she remained committed to a "low tax, high growth economy" - but preserving economic stability was now the "priority".

"I do think it is the mark of an honest politician who does say 'yes, I've made a mistake. I've addressed that mistake. And now we need to deliver for people'.

"It would have been completely irresponsible for me not to act in the national interest in the way I have."

Shadow Treasury minister James Murray said the PM's apology "after weeks of blaming everyone else" would not "undo the damage" caused by her mini-budget.

"No sorry can change the fact that this crisis was made in Downing Street but is being paid for by working people," he added. 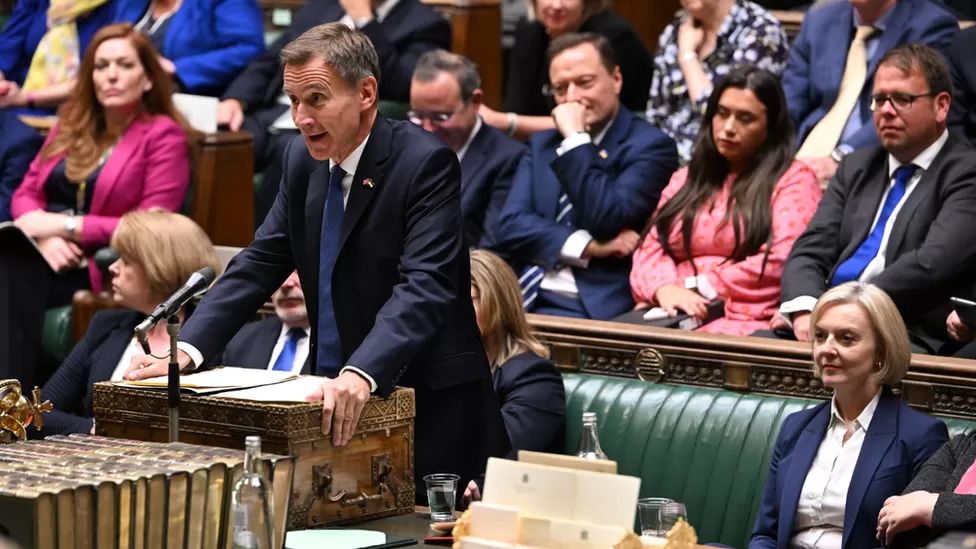 Earlier, Ms Truss watched on as Mr Hunt delivered a Commons statement to explain to MPs why the economic strategy, outlined last month by Kwasi Kwarteng, was being torn up.

The chancellor warned "decisions of eye-watering difficulty" on tax and spending remain ahead of an economic statement on 31 October, when he will give further details of a plan to reduce the UK's debt burden.

He said further windfall taxes on energy companies - a policy repeatedly rubbished by Ms Truss during her Tory leadership campaign - could not be ruled out, along with changes to the pension triple lock.

Ms Truss refused a Labour request to explain the U-turns to MPs herself before Mr Hunt's statement, with Commons leader Penny Mordaunt saying she had been "detained on urgent business".

Labour leader Sir Keir Starmer accused the PM of leaving an "utter vacuum" in government, while one of his MPs jibed she had been "cowering under a desk".

In total, £32bn of the £45bn in tax cuts announced at last month's mini-budget have now been ditched, including plans to cut the basic rate of income tax from 20p to 19p from April.

Cuts to dividend taxes and VAT-free shopping for international tourists have also been scrapped, along with a freeze on alcohol duty rates.

The government's energy support package, a policy repeatedly championed by Ms Truss in defence of her premiership, will also be scaled back after six months.

The reversals have prompted some Tory MPs to talk privately about how Ms Truss could be ejected from office, despite party rules preventing a formal leadership challenge for a year.

Tactics reportedly under consideration include submitting no-confidence letters in a bid to force party bosses into a rule change, or changing the rules to allow MPs to bypass party members and pick a new leader themselves.

However, there is little agreement over who should take over from Ms Truss if she is removed.

Five of her own MPs have called publicly on her to resign, with others briefing journalists that they think her time in office is up.

Ms Truss has been holding meetings with her cabinet ministers and backbench MPs, as she tries to reassure her party of her grip on power.

She also met Sir Graham Brady, who chairs the committee that decides the Tory party rulebook.

The committee's treasurer has confirmed a rule change is possible, but suggested "probably 60-70%" of the party's MPs would have to support the move. 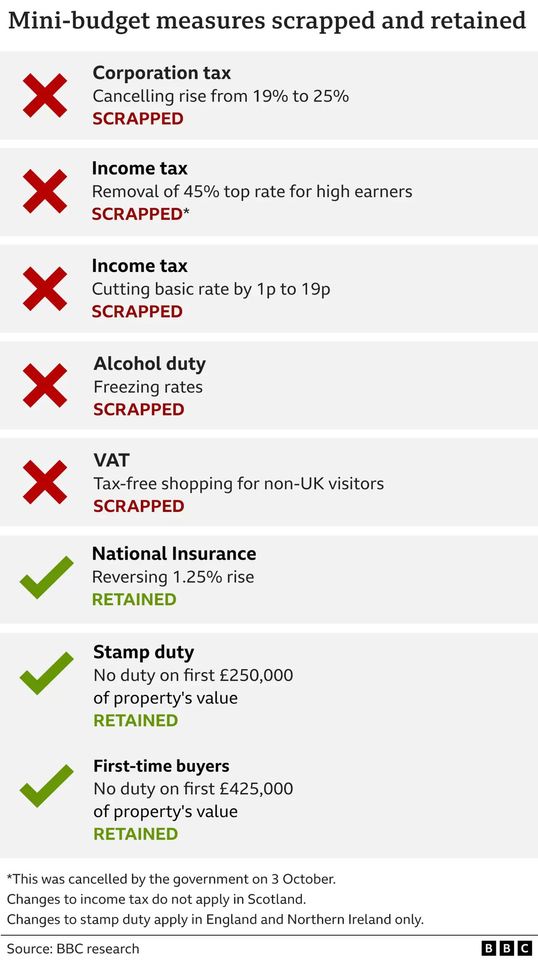 Liz Truss apologises for "mistakes made"