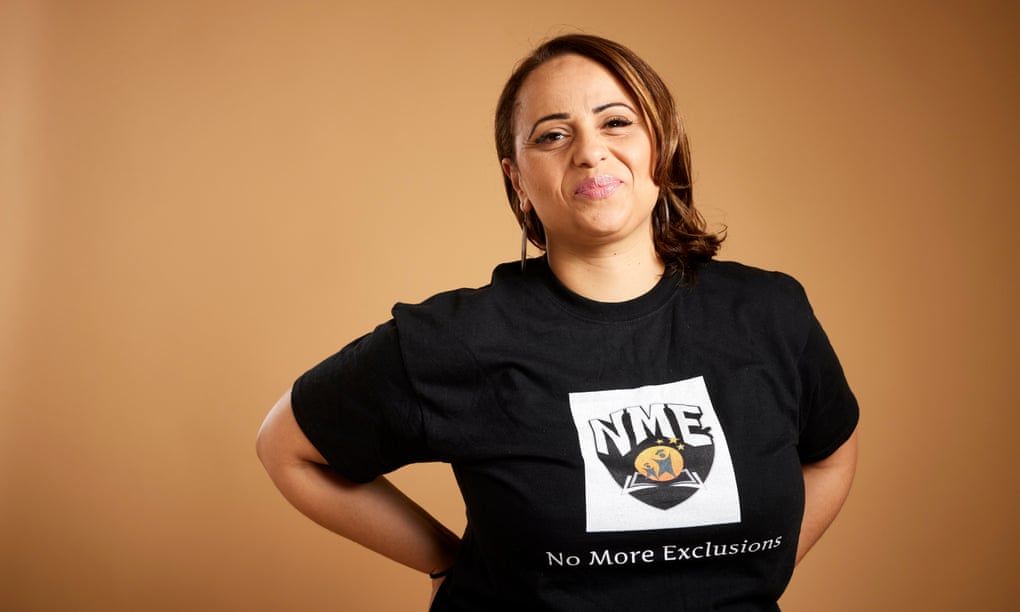 Appalled by the damage of zero-tolerance behaviour policies that see ever more pupils thrown out of class, and often education, Zahra Bei founded a campaign focusing on racial justice

Zahra Bei had been working as a teacher in London schools for almost two decades when she began to see education in a new light. She started her career as a business studies teacher in a secondary school and was quickly promoted to head of department. She loved teaching, she loved the kids, but as time went on she began to notice changes.

Bei had come to London alone at the age of 16, leaving her Somali-born mother at home in Italy. She went to college, studied for a BTec, got herself into university, then did a PGCE and started teaching. It was a massive personal achievement and she felt “really proud” of herself.

The job was demanding, the hours were long and Bei was also raising a young son, but as the years went by she detected a shift in the way pupils – and staff – were being managed. “We started to see behaviour policies beginning to clamp down. You’d have a long corridor of kids, sitting in isolation at these tables, bored out of their heads,” she said.

Schools in England have increasingly adopted so-called zero-tolerance policies, where breaches of the school’s behavioural code can result in children being taken out of class and put in a separate area where they work alone, in silence, away from their peers. Critics say isolation can be damaging, not only for a child’s education but also their emotional wellbeing. Supporters say such measures are vital to ensure the rest of the class can learn without disruption.

But for Bei her school was starting to seem more like a corporation, rather than the community one she’d joined. “You just feel like, well, this is not what I signed up for. And I remember that I gave in my notice overnight, without another job to go to.”

It was the beginning of Bei’s journey towards No More Exclusions (NME), a community-based movement with a focus on racial justice in education, which she helped found in 2018. Its mission is to highlight the persistent race disparity in school exclusions and end the policy of excluding children from England’s schools, while also developing anti-racist teacher training and curriculum principles.

Since Bei first began to notice those changes in schools, exclusion rates in England – both temporary and permanent – have risen sharply. Permanent exclusions in England rose from 5,082 in 2010/11 to 7,894 in 2018/19, while even in 2019/20, during Covid and lockdown, schools still managed to exclude 5,057 children.

Fixed-term exclusions, or suspensions, reached a 13-year high in 2018/19 with a total of 438,265, dropping to 310,733 as a result of the pandemic disruption. The racial disparities are stark, with exclusion rates for black Caribbean students up to six times higher than those of their white peers in some local authorities, according to a recent Guardian analysis.

Though many in the education sector are worried about exclusions, NME’s position is more radical than most who argue that some exclusions will always be necessary in the most extreme cases.

Bei began to work with children outside mainstream schools in 2007, first at a “new arrivals centre”, mainly for refugee children from Afghanistan, Yemeni and Romania, but also accommodating a few local children at risk of exclusion. Today it would be called an alternative provision setting that caters for children who, for a variety of reasons, cannot attend mainstream school.

“These are the kids that nobody wants to teach,” said Bei. Many were year 11 teenagers that schools were reluctant to take on as they would bring down GCSE results. “As a migrant myself, I felt a connection with these children,” she said.

She stayed three years before moving on to a pupil referral unit (PRU), for children who have either been excluded from mainstream education or are at risk of being excluded. Many of the children in the PRU were black, with undiagnosed special educational needs and disabilities. Many were unable to read or write properly and they felt the shame and stigma of it. “Yes, the behaviour was challenging. There were definitely chairs flying – and that’s not a metaphor. But there was something that kept me there,” said Bei, who taught business, citizenship and Spanish.

“There was a lot of angst among the kids. Like, ‘I’m a reject’. I recognised it and I was like: ‘Well I’m not buying your bullshit, I can see through it, and I’m not letting you go.’ And I know that even though they pretended that they didn’t give a shit about school, they did care.

“A lot of the kids I taught at the PRU were definitely neurodiverse, but those needs weren’t being addressed as such. Instead we had the behaviour route. As many as 80% of them – maybe more – were dyslexic, autistic, dyspraxic, and needed extra help with reading but didn’t get it. And so we failed them, and we continue to fail them.”

She stayed 10 years but in that time began to question the role of PRUs, and whether children should even be there. “It was like a holding pen,” she said. “It was my 17th or 18th year as a teacher and I’m a little bit ashamed to say it was probably the first time that I’d really looked at education in a critical way, through a social justice lens.

“It took time for the penny to drop and for me to go – what about their human rights? What about their access to science labs, to a gym, to counsellors? All the things that mainstream kids would have?”

There was a restructuring at the PRU and Bei left to study for a master’s in social justice and education at the Institute of Education at University College London. She has been fighting racism and social injustice in education ever since. She is now working on her PhD and her studies have informed the efforts of NME, which was set up around her kitchen table, with the help of some of her former students who had experienced the injustice of the education system first-hand. 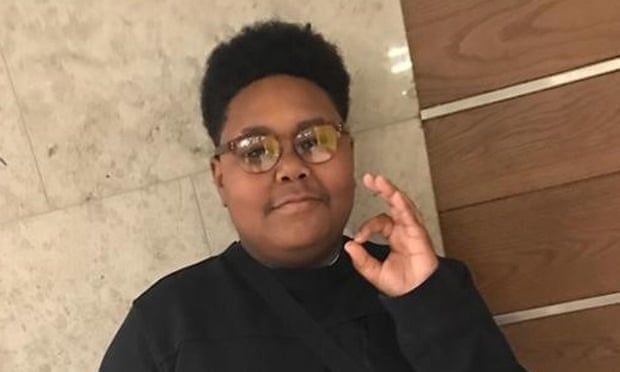 Tashaun Aird, who was killed in Hackney, London, in 2019.

“I just got fed up with hearing about my students ending up in prison or dead,” said Bei. “I’m not shying away from the realities. Their realities are very harsh. Schools are a protective factor in children and young people’s lives. You remove the protective factor and you are exposing them to all manner of risks.” She cites the case of Tashaun Aird, 15, who was killed in Hackney, London, in 2019 after being permanently excluded and sent to alternative provision. “What we have got at the moment is not working. Can we at least agree it does not work?”

Thanks to the work of NME, among others, the issue of exclusions and the damage they cause has risen up the education agenda, and there is growing pressure for change from parents, teachers, unions and public figures, including former children’s commissioner for England Anne Longfield. As well as raising awareness and campaigning for a change in the law on exclusions, NME also signposts sources of advice and advocacy for families affected by exclusion.

“Sadly, we get emails every week from desperate parents,” said Bei. “And when I say desperate I mean desperate – saying, ‘My child has been excluded, my child has been put in isolation. I have to go into a meeting and I don’t know how to talk to these people. I feel the decision has already been made.’ Since Child Q,” she adds, “the floodgates have opened.”

In March, it emerged that a 15-year-old girl, known only as Child Q, had been strip-searched during her period by police who were called to a Hackney school after teachers claimed they could smell cannabis. For many, the incident was indicative of the racism affecting black pupils in England’s schools. For Bei it exposed the way in which schools can end up colluding with criminalisation and carcerality.

“A lot of us can’t process the rage,” she says. She’s worried about police in schools, about schools abdicating their safeguarding responsibilities and the adultification of black children.

“The decision I’ve made, personally, is that I will not be in the classroom for as long as things don’t change. I’m almost in a self-imposed exile. What we want to see is accountability and we want to see change.”