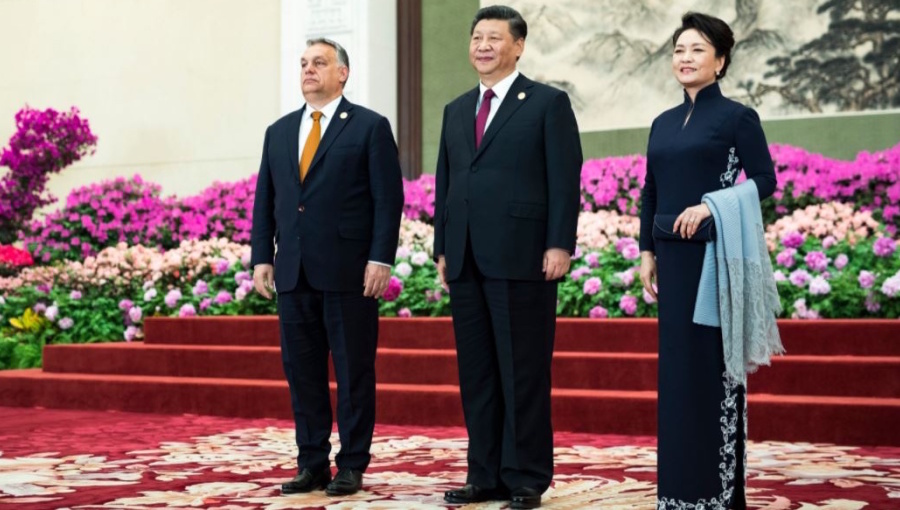 German Foreign Minister Heiko Maas lambasted Hungary for an "absolutely incomprehensible" decision to block an EU statement accusing Beijing of cracking down on democracy in Hong Kong.
It is not the first time that Hungary has broken with unity when it comes to China, Maas said after the latest meeting of EU foreign ministers on Monday.

"I think everybody can work out for themselves where the reasons are, because there are good relations between China and Hungary," Maas noted, referring to close economic and diplomatic ties between Beijing and Budapest, which is a member of China’s 17+1 business and investment initiative.

The radical rightwing government of Viktor Orban has made it a top priority to foster stronger ties with China after taking power in 2010 as part of the Opening to the East policy. Bilateral ties intensified after Beijing unveiled its One Belt and One Road Initiative in 2013.

One of the cornerstones of that is the construction of a railway line between Budapest and Serbia's capital Belgrade. The Hungarian section will be constructed by a Chinese-Hungarian joint venture from €2.3bn, financed 90% by China’s Exim Bank.

Hungary has strived to become a logistics centre for Chinese products as its geographical location makes it a popular gateway for goods passing through the country to Western European destinations.

The most obvious manifestation of China’s expanding footprint in Hungary is the planned new Budapest campus of Shanghai-based Fudan University in 2024. It would be Fudan’s only foreign outpost, and the first Chinese university campus in the EU to be opened.

The US embassy in Budapest has also expressed reservations over the HUF500bn (€1.4bn) project, to be financed mainly by Chinese loans, citing security issues.

Critics point to the trend of China extending its soft power and influence through education programs and investments in the region, especially in Hungary, where it enjoys political support.

The Chinese government regards the Fudan campus in Budapest as a strategic issue in bilateral relations, a position shared by Viktor Orban’s radical rightwing government, which strives to make Hungary a hub for Chinese investments and know-how in the CEE region.

Minister of Foreign Affairs and Trade Peter Szijjarto played down the relevance of Hungary blocking the EU’s criticism of China.

"The EU has issued eight declarations or resolutions on China so far, but none of them have brought any change or positive progress, and therefore we consider it pointless to issue the ninth declaration", he added.

The government’s position on China has drawn criticism from the opposition, which resoundingly rejects the project and vows to reverse it if the six-party coalition beats the ruling Fidesz in the 2022 elections.

Germany’s top diplomat said it was crucial that the EU finds a common line on China, as it did in March when it approved sanctions against Chinese officials involved in running internment camps for hundreds of thousands of Uighurs. EU foreign leaders will make one more attempt to adopt a joint statement next week.

Chinese President Xi Jinping spoke with Orban on the phone on April 29, with Xi praising the rightwing leader for his China-friendly policies and deepened cooperation throughout the pandemic, before inviting him to visit Beijing.

Marton Gyongyosi, an MEP of the centre-right Jobbik compared Orban’s policies regarding China to treason. On social media, he welcomed Heiko Maas’ indignation.

"We are glad that Berlin has finally noticed that Orban is no longer interested in Europe or its values, but is all the more eager to cosy up to Asian dictatorships in the hope of securing further financing," he wrote.
#Viktor Orban
Add Comment