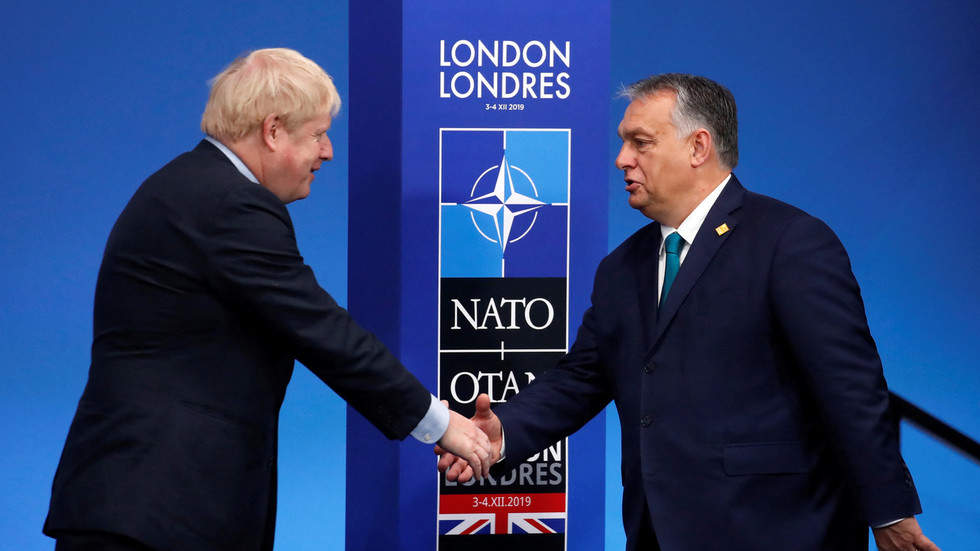 The visit of Hungarian PM Viktor Orban to the UK on Friday has led to protests from within the Labour Party and the Liberal Democrats, as well as sparking debate online. The government has vowed to have “UK interests” in mind.

She tweeted that the Hungarian leader “should not be welcomed” in the UK due to his controversial statements that include “attacks on migrants [and] other minorities.”

In a similarly worded letter, Liberal Democrat MPs Ed Davey and Layla Moran asked Johnson to “commit to challenging” Orban on issues including migration, freedom of the press, and the rights of women and LGBT.

In an op-ed for the Times, author John Kampfner wrote that Orban was “the antithesis of everything the Western world should stand for.”

Orban, who assumed the role of prime minister in 2010, has been a vocal critic of EU migration policy. During the height of the European refugee crisis of the mid-2010s, he fought against the attempts of the European Commission to force Hungary into accepting and settling asylum seekers from the Middle East and Sub-Saharan Africa.

“Hungary does not need a single migrant for the economy to work, or the population to sustain itself, or for the country to have a future,” Orban said in 2016, according to AFP.

“For us migration is not a solution but a problem... not medicine but a poison, we don’t need it and won’t swallow it,” he said.

In 2018, Orban told the German Bild newspaper that he saw people coming from Muslim countries as “Muslim invaders,” rather than refugees. A high number of Muslims leads to the creation of “parallel societies,” he said, adding that “multiculturalism is just an illusion.”

The European Commission and human rights groups have criticized Orban’s Hungary for the erosion of the rule of law.

The PM was also criticized by local Jewish groups for installing billboards across Hungary that targeted George Soros, a US-based financier of Hungarian Jewish origin, who invests a sizable portion of his wealth in various progressive causes around the globe. The billboards showed a grinning Soros next to the words, “Don’t let Soros have the last laugh.”

A spokesperson for Soros said at the time that the PR campaign against the billionaire was “reminiscent of Europe’s darkest hours.”

The Hungarian government, meanwhile, argued that by funding Hungarian NGOs, Soros was meddling in the country’s affairs.

A spokesperson for Johnson told reporters that Friday’s meeting with Orban will “promote UK interests” in Europe. “On all human rights issues we do not shy away from raising them, the PM has condemned those specific comments which were divisive and wrong,” the spokesperson said.

UK Secretary of State for Business Kwasi Kwarteng told Sky News that while he does not support Orban’s views on migrants, it would be “irresponsible” not to develop relations with the European nation.

“In this post-Brexit world I think it’s absolutely right for us to be building bilateral relations with countries in the EU. I think it’s completely reasonable to do that,” he said.

People on social media were split on Orban’s visit. Some denounced the Hungarian PM as an “extreme right-wing leader,” and accused him of anti-Semitism.

Others pointed out that Orban is an elected leader of an EU country, and argued that he “just stands up for his own people.”