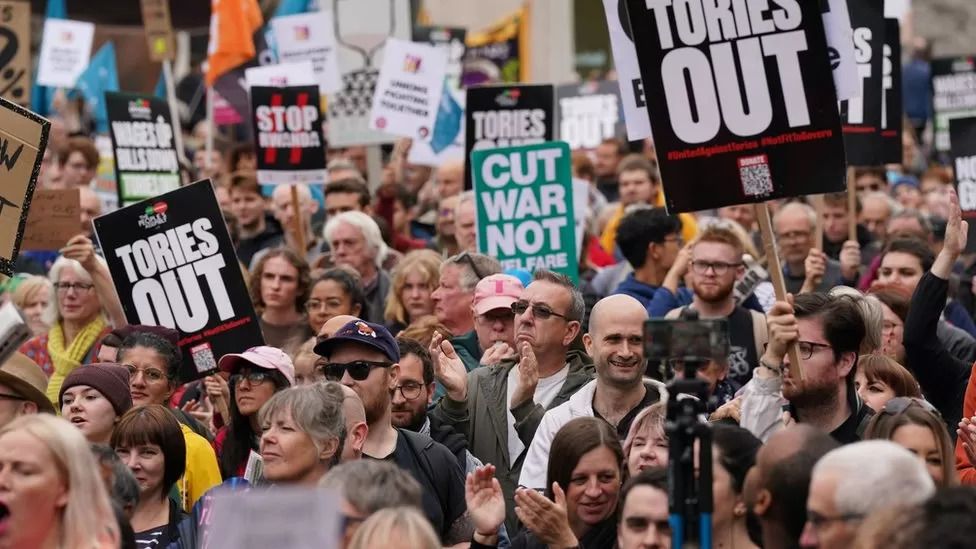 Hundreds of protesters have demonstrated in the centre of Birmingham as the Conservative Party conference begins in the city.

They have been highlighting issues including the cost of living and rising energy costs.

Business Secretary Jacob Rees-Mogg had to be escorted across Victoria Square as protesters booed him.

Prime Minister Liz Truss said she remained committed to her approach to governing the UK.

The protest on Sunday was organised by the People's Assembly campaign group which said it was part of an "autumn offensive" against the Conservative Party.

Mr Rees-Mogg was surrounded by police officers as he crossed the square and was pursued by the crowd. 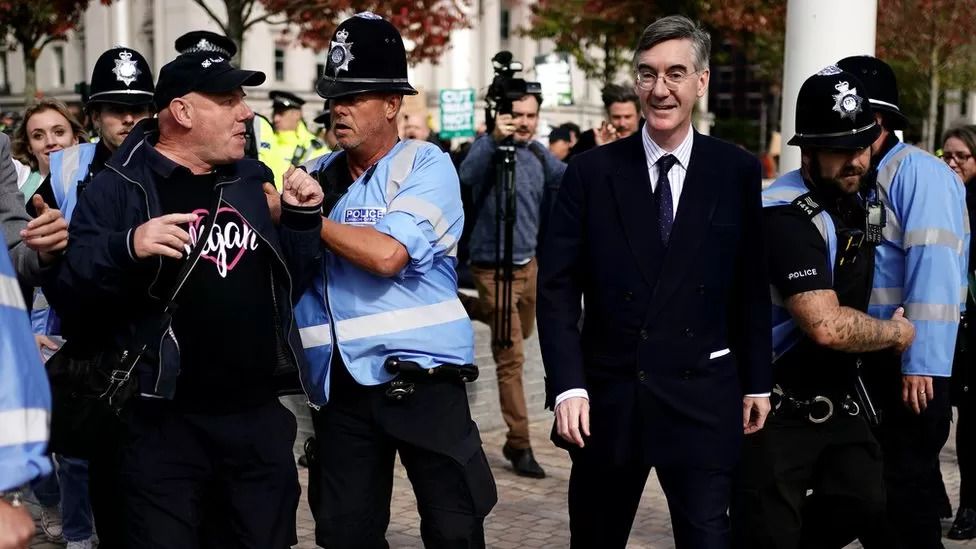 One protester, Jane Elledge, 53, an IT trainer from Bromsgrove, told the Press Association she came as "enough is enough".

"The kind of final straw is the announcement of the richest people getting a tax cut. Trickle-down economics doesn't work," she said.

The head of the RMT union, Mick Lynch, spoke at the event and told the BBC the unions needed to be part of the protest.

"The unions have got to be with the ordinary people of this country, organising, campaigning and fighting back against this cuts agenda," he added. 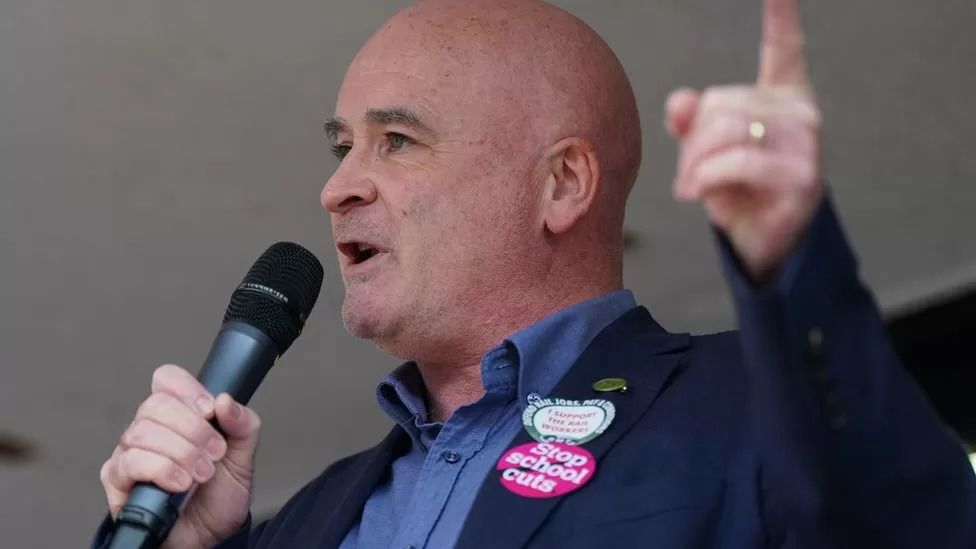 The head of the RMT union, Mick Lynch, spoke at the event

The protest followed a day of action across the UK on Saturday which included campaigners burning mock energy bills in Birmingham in response to the rise in the cost of gas and electricity.