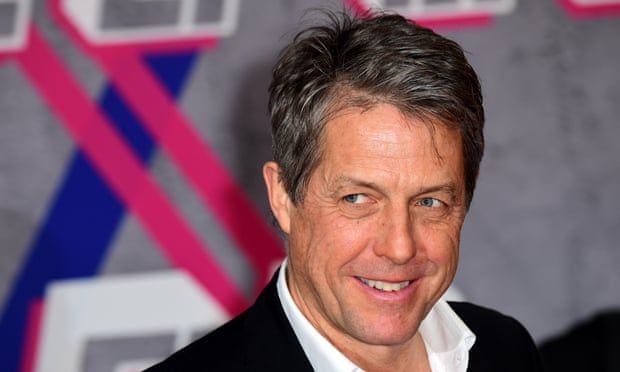 Ten years after settling case against News of the World, actor now taking action against another Rupert Murdoch title
Hugh Grant is leading a renewed attempt to prove phone hacking took place at the Sun, even as Rupert Murdoch’s newspaper continues to maintain no illegality took place there.

The actor has followed Paul Gascoigne and Sienna Miller in bringing a so-called “Sun-only” phone-hacking claim, specifically alleging that illegality took place at the daily tabloid in the 2000s. Rebekah Brooks, the current chief executive of Murdoch’s News UK business, was editor of the Sun during the period in question.

Murdoch’s News UK company has already paid out millions of pounds to settle claims from the likes of Miller and Gascoigne about the alleged activities of Sun journalists, ensuring the accusations are not heard at trial.

“I suspect it is to some degree damage limitation,” said Nathan Sparkes, the chief executive of Hacked Off, which campaigns for tougher press regulation. “In the case of the Sun it is most likely because they are trying to avoid a full-blown court case in which lots of other details could emerge, which they don’t want coming up.”

More such cases are expected in future, presenting a growing headache for Murdoch’s business as it attempts to move on from the phone-hacking era and instead focus on the imminent launch of its Piers Morgan-fronted news channel, talkTV. Morgan has himself faced ongoing accusations – which he strenuously denies – that he must have known about the practice while editor of the Daily Mirror in the 2000s.

Hugh Grant’s case is awkward for News UK because the company has always said its illegal activity took place exclusively at the News of the World, the Sunday outlet it closed down in 2011 after 168 years.

This has left the Sun in the unusual position of maintaining that it did not hack phones, while at the same time choosing to pay out enormous sums in damages and legal fees – albeit without any admission of wrongdoing – to people who claim otherwise.

The ongoing cost of the legal action has hit the value of the Sun as a business and left it nursing enormous financial losses.

The company recently failed in an attempt to shut down the ongoing legal process that makes it relatively easy for alleged phone-hacking victims to bring claims. With thousands more potential victims waiting in the wings, the legal action relating to phone hacking could now stretch into a third decade – potentially adding to the hundreds of millions of pounds that have already been paid out by Murdoch’s company.

Among the individuals who have brought fresh phone-hacking claims against the company in recent weeks are the government minister Zac Goldsmith, his mother, Lady Annabel Goldsmith, the football manager Alan Pardew, the former cabinet minister Chris Huhne, the Spice Girl Mel B, Atomic Kitten’s Liz McClarnon, the actors Gillian Anderson and Kate Winslet, the boxer Joe Calzaghe and the Steps singer Lisa Scott-Lee.

Grant, who settled a phone-hacking case against the News of the World in 2012, is unusual in being one of a relatively small group of people who can bring a separate claim specifically against the Sun.

In a complicated legal arrangement, the still-publishing Sun and the defunct News of the World are owned by the same parent company, which means it can settle cases against the latter on the condition that victims cannot bring a separate claim against the former.

But individuals who secured some of the first phone-hacking settlements in the early 2010s – such as Grant – were not asked to agree to such terms. This allows them to file a second case against the Sun.

Reach, the current owner of the Daily Mirror, is also facing lengthy and ongoing legal claims for historical phone-hacking offences at its tabloid newspapers. Prince Harry also has a case working its way through the courts alleging wrongdoing at the Sun, the News of the World and the publisher of the Mirror.

Sparkes, whose organisation is pushing for a public inquiry into the relationship between the media and the police, said: “The background of hacking is not only the practice itself but also the cover-up and the culture that enabled it to happen. It may have happened a long time ago but there’s no evidence the culture has fundamentally changed.”