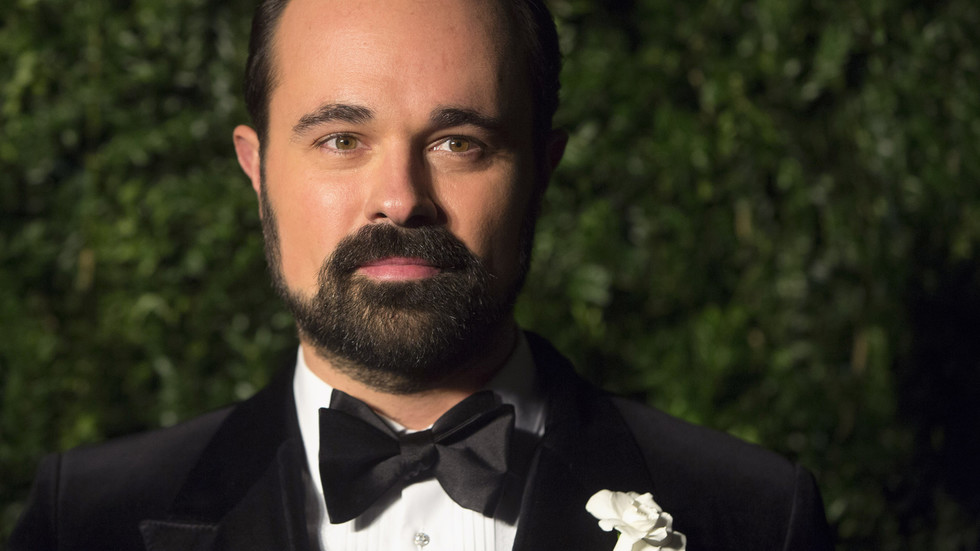 Evegeny Lebedev, the Russian-British owner of the Independent and the Evening Standard newspapers, has been nominated for peerage by Prime Minister Boris Johnson, setting off a round of hysteria on social media.

Moscow-born Lebedev is the son of Alexander Lebedev, a former member of the KGB, who was stationed at the Soviet Union's London embassy in the 1980s.

After the collapse of the Soviet Union, the father made his fortune in banking and eventually moved to the UK permanently — and both he and his son are outspoken critics of Russian President Vladimir Putin.

But ardent believers in the narrative of omnipresent Russian influence in the UK now see the family's interactions with the British elite as nefarious Kremlin influence.

Last year, the Guardian newspaper sensationally reported that Johnson had met with the elder “ex-KGB agent” Lebedev in Italy, naturally portraying the get-together as highly suspect and nefarious. The meeting has frequently been cited by Guardian journalists Luke Harding and Carole Cadwalladr as proof of Russian influence on Johnson.

In addition to owning the Independent and Standard, Evgeny Lebedev, who has spent most of his life in Britain, is a high-profile charity campaigner and has long had a friendship with Johnson.

Peerage is bestowed by British leaders on chosen individuals, elevating them to the House of Lords where they can claim perks and allowances simply for showing up. The arcane system has long been criticized with many calling for an overhaul.

Evgeny Lebedev may be the first member of the House of Lords whose father is a former KGB spy.

Along with Lebedev, the PM nominated 35 others, including England cricket legend and vocal Brexit supporter Sir Ian Botham, former Scottish Conservatives leader Ruth Davidson and a slew of other political friends for peerages. He also nominated his own brother, Jo Johnson, prompting many to accuse him of cronyism and nepotism.

Yet, it was Lebedev's nomination which caused the biggest stir on social media. Despite the fact that the media mogul family are highly critical of Russian and Kremlin policy, many Russia-skeptical Brits instantly erupted into anger and conspiracy theorizing on Twitter.

One disbelieving commenter said the move was a “huge finger” to the British public and a “totally brazen” decision that was all about “Russian money.”

Another expressed concern about the “discreet raucous parties” thrown by Lebedev where Johnson allegedly throws off his security protection — and another called the Evening Standard Johnson's “very own Pravda.”

One person suggested Johnson was simply acting on Putin's orders and compared Lebedev's elevation to the House of Lords to the US' recent decision to withdraw its troops from Germany.

I see the elevation of Evgeny Lebedev to the Lords as similar to the withdrawal of American troops from Germany. Putin is sitting there with a few choice cronies & betting them that he can get Trump & Johnson to do things that even Kremlin kleptocrats will struggle to believe.

The peerage for Lebedev was also unsurprisingly linked to the recently-released ‘Russia Report’ which accuses Moscow of meddling in the 2016 Brexit referendum as well as last year's general election — alleged interferences which Johnson's critics say he has turned a blind eye to. The highly-anticipated report did not add much in the way of evidence to any of those allegations, however, relying heavily on media speculation instead.

Last week: the govt are wilfully blind to Russian interference in UK elections.

This week: a peerage for Evgeny Lebedev.#Suckers