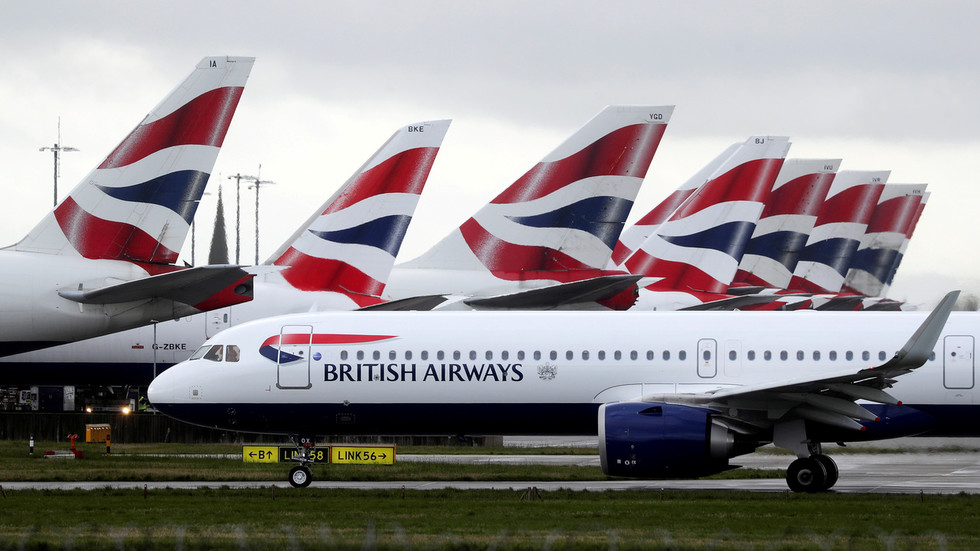 The three biggest UK airlines have launched legal action demanding to overturn the mandatory two-week quarantine for passengers arriving to Britain from overseas. The rule will devastate tourism and the economy, they said.

The two-week isolation requirement for travelers arriving in Britain came into force on Monday. People who fail to comply with the rule risk being fined £1,000 ($1,260), and police can use “reasonable force” to make sure they self-isolate.

The airlines, however, warned that the measure will have “a devastating effect on British tourism and the wider economy and destroy thousands of jobs.”

"There was no consultation and no scientific evidence provided for such a severe policy… The UK Government is banning people travelling to and from countries with lower infection rates than the UK."

The companies asked the government to return to its previous policy of quarantining only those passengers who come from “high risk” countries.

UK airlines were forced to cut thousands of jobs and ground the vast majority of their flights due to the pandemic. The New Economic Foundation (NEF), a British think tank, reported that at least 70,000 more jobs in the wider aviation industry will be at risk before the end of summer.

The government, meanwhile, has argued that the quarantine restrictions on arrivals are vital to prevent the further spread of Covid-19. In an op-ed in the Telegraph, Home Secretary Priti Patel and Transport Secretary Grant Shapps wrote that “self-isolation for those arriving is designed to prevent new cases being brought in from abroad and to prevent a second wave of the virus.”