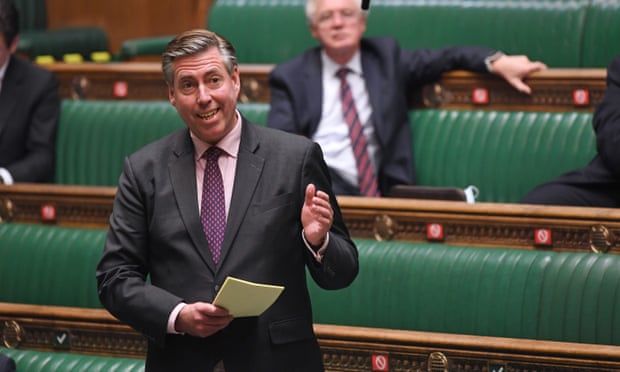 How will a vote of no confidence in Boris Johnson work?

Now a vote has been triggered against the prime minister, what is the process?

Sir Graham Brady, the chair of the backbench 1922 Committee, has announced that the number of Conservative MPs to have submitted letters of no confidence in Boris Johnson has reached the threshold of 54, triggering a vote on the prime minister’s leadership. This is how the process works:

How was a vote triggered?

The rules stipulate that at least 15% of Conservative MPs must submit a letter of no confidence to Brady in order for a ballot to be held. With the Tories having 359 MPs currently, that meant at least 54 had to do this.

The MPs did not have to reveal their identity, though some chose to go public after pressure from their constituents or in an attempt to encourage others to do the same. Letters could be deposited personally to Brady’s Commons office, dropped in by someone else, or emailed. Throughout the process, only Brady knew how many letters had been submitted.

Brady did not, as had been claimed, need to ring every Conservative MP who had submitted a letter to check they were happy with their decision before announcing the confidence vote. Nor does he pass a list of those who have submitted letters to Johnson’s ministerial aides.

How will Johnson’s fate be decided?

Via a simple secret ballot of MPs, taking place from 6pm to 8pm on Monday. Under the rules, to stay in office a leader must win at least 50%, plus one vote support from the parliamentary party. That equates to 180 votes for Johnson.

The vote takes place in person, with MPs personally placing their folded ballots in a ballot box stored for such use. It is likely to be held in a large committee room in the Palace of Westminster usually used for meetings of the 1922 Committee. If an MP is away from Westminster they can nominate a colleague to vote on their behalf as a proxy.

MPs are barred from taking any photos inside the room, to preserve the secrecy, although much lobbying does take place, and journalists will routinely patrol the corridor outside the room, watching who comes to vote.

When and how will the result be announced?

Brady’s announcement said the votes would be counted immediately after the ballot closed, with the announcement “made at a time to be advised”, with arrangements for this released later on Monday.

It is most likely that, as happened with the challenge to Theresa May in 2018, Brady will assemble MPs and journalists in the same committee room and declare that the parliamentary party does or does not have confidence in the prime minister, giving the number of votes in both directions.

What happens if Johnson loses?

If Johnson gets fewer than 180 votes then the party will choose a new leader and thus a new prime minister. Constitutionally the UK requires a prime minister in post at all times, meaning Johnson would be expected to continue in No 10 until a successor was picked. This process took two months when Johnson replaced May. While the contest could be sped up, it involves a vote of Tory party members, which takes time and hustings events. The members vote on a choice of two candidates, one whittled down by an earlier series of votes among Tory MPs. If Johnson decided he wanted to leave immediately, an interim PM would be needed. Dominic Raab is deputy prime minister and would seem the most likely person.

And if he wins?

Under party rules, a leader who wins a confidence vote is safe from such a challenge for 12 months. However, the rules can easily be changed, and it does not bring safety. May won her confidence vote but was forced soon afterwards to announce a timetable for her departure, under the threat of a rule change and new vote. May gained the support of just under two-thirds of her MPs. A survivable figure for Johnson would depend on many factors, but a victory by that margin or less would make his prospects very uncertain.