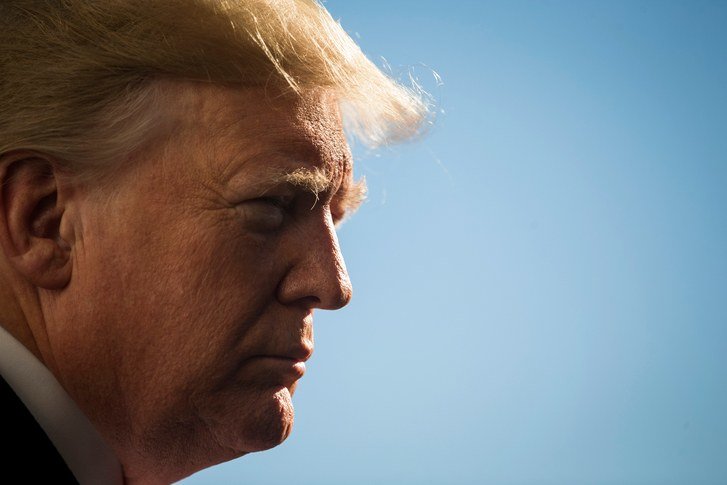 How Trump made the decision to kill Suleimani

When President Trump’s national security team came to his Mar-a-Lago resort in Florida on Monday, they weren’t expecting him to approve an operation to kill Gen. Qassem Suleimani.
Secretary of State Michael R. Pompeo, Defense Secretary Mark Esper and Gen. Mark Milley, chairman of the Joint Chiefs of Staff, had gone to Palm Beach to brief Trump on airstrikes the Pentagon had just carried out in Iraq and Syria against Iranian-sponsored Shiite militia groups.

One briefing slide shown to Trump listed several follow-up steps the U.S. could take, among them targeting Suleimani, the head of the Islamic Revolutionary Guard Corps’ elite Quds Force, according to a senior U.S. official familiar with the discussions who was not authorized to talk about the meeting on the record.

Unexpectedly, Trump chose that option, the official said, adding that the president’s decision was spurred on in part by Iran hawks among his advisors.

That meant the Pentagon suddenly faced the daunting task of carrying out Trump’s orders.
The first hint that further U.S. action was possible came only minutes after the end of the meeting with Trump.

“In our discussion today with the president, we discussed with him other options that are available,” Esper told reporters. “And I would note also that we will take additional actions as necessary.”

Suleimani wasn’t mentioned publicly as a possible target. But behind the scenes, Trump’s decision set off a furious effort by the Pentagon, CIA and others to locate the Iranian general and put in place military assets to kill him.

U.S. intelligence agencies, which had been tracking Suleimani for years, knew he was on an extended Middle East trip that had taken him to Lebanon and Syria. He would be flying from Damascus to Baghdad within days, they learned.

He seemed unusually unconcerned about covering his tracks, officials noted. He was traveling from Syria to Baghdad on a flight that was not secret, Iranian officials said Friday, ostensibly for meetings with Iraqi officials.

But U.S. officials claimed Friday that Suleimani’s trip had a more nefarious purpose: He was in the final stages of planning major attacks against U.S. facilities in several Middle East countries, they said.

“He was personally going to a few locations for final planning authority for what we assessed to be something big,” said the officials, who briefed reporters under ground rules that didn’t allow them to be identified. The specific targets were unclear and officials declined to describe the evidence that backed up their assessment.

He had already been linked to a Dec. 27 rocket attack that killed an America military contractor near Kirkuk, Iraq. In the days before Suleimani arrived in Baghdad, U.S. officials blamed him for orchestrating violent protests at the U.S. Embassy compound in Baghdad.

“There was consensus in the president’s national security cabinet that the risk of doing nothing was unacceptable given the intelligence and given the effectiveness that Suleimani presents,” the official said.

When Suleimani arrived in Baghdad on Thursday, a U.S drone and other military aircraft were circling near Baghdad International Airport. Sulaimani and several members of a pro-Iranian military got into two vehicles and were riding on the airport road toward downtown Baghdad when missiles fired from the drone struck.

Both vehicles were engulfed in flames.

According to Iraqi officials, rescuers identified Suleimani’s body among the casualties by the blood-red ring he always wore that was still attached to his ash-covered left hand.
Add Comment