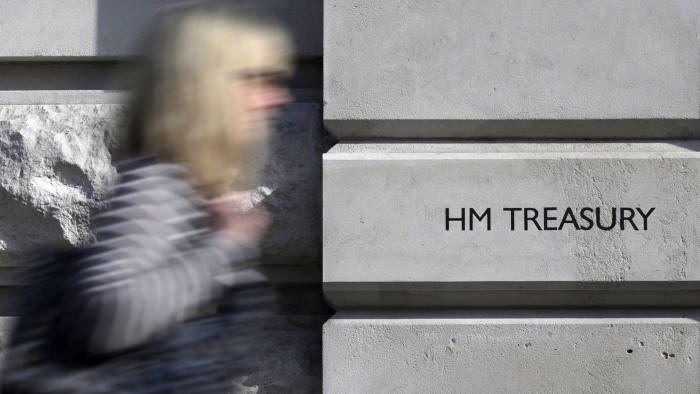 How to move the public sector out of London

Moving public sector jobs out of London is fashionable once again. As part of its “levelling-up” agenda, the government wants to shift policymaking away from the capital. Tony Hall, the outgoing BBC boss, wants to move two-thirds of jobs at the broadcaster to the provinces. At the weekend, the Conservative party chairman floated the idea of moving the House of Lords, Britain’s upper chamber, to York.
This would be a reversal from the past decade. Regional offices bore the brunt of austerity and attempts to reduce waste, undoing attempts by the New Labour government to help “left-behind” regions following the 2004 Lyons review. The number of civil servants working in Yorkshire fell about 29 cent between 2010 and 2018, compared with 9 per cent in London.

The first reason to move government out from London is to improve the quality of decision making. Britain’s institutions are mostly run by people living in the south of England, making them unrepresentative of the country at large. While about 30 per cent of civil servants are based in London and south-east England — in line with those regions’ share of the UK’s population — 68 per cent of the most senior civil servants are based in the capital, according to the Institute for Government.

Such narrow geographical representation can lead to similar ways of thinking and, according to research, a bias towards investing in the south-east. The Treasury, alleged to be among the worst offenders, has virtually no regional presence. London’s over-representation is getting worse: the Department of Digital, Culture, Media and Sport, one of the fastest-growing departments given its responsibility for the digital economy, is similarly concentrated in the capital.

The second reason is economic development. Moving back-office jobs to poorer parts of the country can help: even low-level clerical work can be a step up from many of the low-paid jobs that replaced heavy industry. Public sector wages are a direct transfer from more prosperous areas and can help provide the sort of stable incomes that, in turn, support local economies. Moving jobs can also help the taxpayer because the Treasury does not need to pay the premiums necessary in London.

Senior managers provide the biggest boost to the wider economy. Access to regulators and decision makers plays a role when businesses decide where to locate. Likewise, there is some evidence that a critical mass of knowledge workers is necessary for an area to thrive.

The record, however, is not encouraging. Research by the Centre for Cities, a think-tank, found that shifting the Office for National Statistics to Newport in South Wales following the Lyons review provided little benefit to the wider economy, partly thanks to its location on an out-of-town campus. The BBC’s partial move to Salford, in England’s north-west, mostly displaced jobs elsewhere and had little impact on the wider economy in the region, according to the think-tank, although recent reports suggest this is changing.

The Government Estate Strategy, published in 2018, called for three new “specialist government clusters” in cities with good transport and academic links that can then attract more investment. This is the right approach. Instead of spreading government thinly all over the country, it is better to try to build hubs where senior managers and ambitious new starters have opportunities over their entire careers.

The next step is to carry out an audit of what can be moved out of the capital and think strategically about where it can best improve economic growth. Only then will the “levelling-up” agenda become more than a slogan.
Add Comment