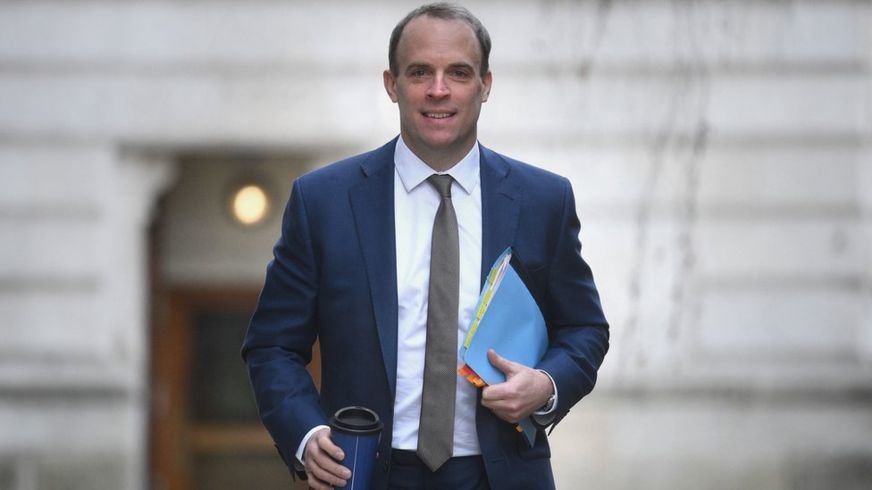 Iran attack: How much influence does UK have in US-Iran crisis?

There is an old joke in diplomatic circles that Iran is the last country in the world that still thinks the United Kingdom is a great power.

So it was no surprise when on Tuesday Rob Macaire, the UK ambassador to Iran, was summoned to the foreign ministry in Tehran to be hauled over the coals after the assassination of Qasem Soleimani.

No matter that the killing was ordered by Donald Trump and carried out by United States' forces without UK knowledge or cooperation.

No matter, too, that the UK government went out of its way not to give much rhetorical support for the US action. In fact, British ministers stuck pointedly with their European allies in calling on all sides, including the US, to refrain from further escalatory behaviour.

None of that swayed the Iranian official who told Mr Macaire of his government's displeasure at what he called the "unacceptable" remarks made about Soleimani by Boris Johnson, the UK prime minister, Dominic Raab, the foreign secretary, and Ben Wallace, the defence secretary.

According to Iranian news agencies, the official stressed that from the viewpoint of the Islamic republic, the British position was tantamount to collaboration with the US "terrorist" actions and that the UK could be considered as an accomplice in this crime by adopting such stances. Ouch.

So the latest confrontation with Iran has done nothing to improve relations with the UK, not that they were good before.

In Iranian eyes, the joke exaggerating UK influence reflects a lingering resentment, viewing the country as a post-imperial nation still bent on meddling in the Middle East.

Iranians well remember Britain's long interference in Persia during the 19th century and beyond; they blame London for its involvement in the coup overthrowing an elected Iranian prime minister in the 1950s; and they place "little Satan" Britain firmly in the same underworld as the "Great American Satan".

In more recent times, relations have rollercoastered from crisis to crisis. In 1979, the UK broke off relations after the Islamic revolution. The UK largely backed Iraq in its long war with Iran in the 1980s.

In the early 2000s, there were incidents when Iranian forces seized Royal Navy personnel in the Gulf.

In 2011, the British embassy in Tehran was stormed and burned. Last year Royal Marines boarded and seized an Iranian oil tanker off Gibraltar for allegedly breaching EU sanctions. In response, Iran seized a British-flagged tanker for a couple of months.

This history of confrontation is one reason why Nazanin Zaghari-Ratcliffe remains incarcerated in Tehran.

The British Iranian dual national has been detained for more than three years over spying allegations that she denies.

And her husband, Richard, believes the latest crisis will only make her situation worse.

If Mrs Zaghari-Ratcliffe is a diplomatic pawn, as the UK believes, then her value to the Iranians can only have risen as a result of this latest confrontation.

The one area of genuine cooperation between the UK and Iran is over the deal agreed by Tehran in 2015 to restrict its nuclear programme in return for the lifting of some international sanctions.

Ever since Mr Trump pulled the US out of the agreement in 2018, Britain and other European signatories have struggled to keep Iran committed to the deal by promising further economic support.

That has largely failed as Iran gradually withdrew from more and more provisions in the agreement, culminating in this week's announcement that it will no longer accept any limit on its ability to enrich uranium.

The nuclear deal is not quite dead but it is heading for the terminal ward.

For years Britain has tried to balance the divide between Europe and the US in their approach to Iran.

As Boris Johnson told MPs on Wednesday: "I think we are having a great deal of success in bringing together a European response and in bridging the European response with that, of course, of our American friends, and working both with the Iranians and with the Iraqis to dial this thing down."

But many analysts believe that Britain's influence over Iran is limited.

The prime minister's calls for de-escalation are unlikely to be a major factor in decision-making in Tehran.

And in truth, the UK could even provide Iran with potential targets if further retaliation is to come.

Britain has a number of Navy ships in the Gulf, 400 troops and even more civilians in Iraq, and a naval base in Bahrain.

They have all been placed in "a state of readiness" in case of a further attack.

So the killing of Soleimani may have brought fresh instability to the Middle East. But it has also caused even further disruption to Britain's relations with Iran.
Add Comment