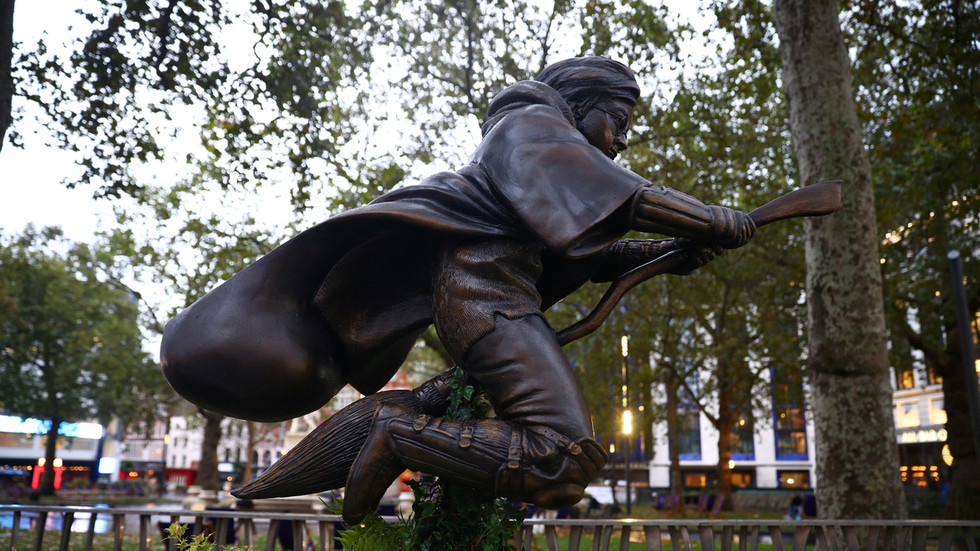 ‘How long before they tear it down,’ Twitter warriors ask, as they ready for trans activists to take aim at Harry Potter statue

A statue of fictional wizard Harry Potter was unveiled in London’s Leicester Square this week, but many online are worried it will be torn down for the alleged ‘transphobic’ transgressions of the character’s creator, J.K. Rowling.

The bronze statue depicting Daniel Radcliffe in arguably his most famous role, flying on his Nimbus 2000, was unveiled on Wednesday and is expected to remain in the square until at least July 2023 as part of the square’s ‘statue trail’.

Waiting to hear the reason it must be torn down. https://t.co/nRD2nMIZAh

However, given the recent slew of controversies and high profile rows besetting Harry Potter author J.K. Rowling for her stance on transgender issues, many have questioned whether the statue will be torn down by radical LGBTQ activists.

“Has @jk_rowling approved this? in an era where people are keen on tearing down statues this seems odd, no?” one person tweeted, referring to the recent spate of statue removals across the Western world in the name of social justice causes. 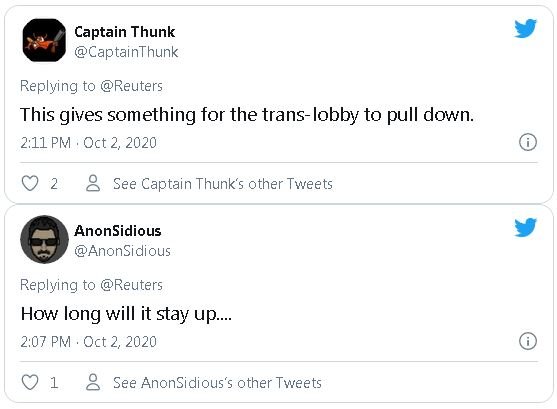 LGBT allies online called for a trans flag to be placed – or painted – on the statue.

Harry Potter statue to be unveiled in London’s Leicester Square

Please someone, put a trans flag on it, as we know Daniel Radcliffe is a fab trans ally! 🙏🏻https://t.co/TotlXGJfyM

“Maybe knocking down statues isn’t bad after all,” quipped one online critic.

Will the statue get covered in transphobic dog-whistle stickers and then be used as an excuse to push anti-trans rhetoric in the papers.

Be vandalised by people opposed to JK's transphobia and then be used as an excuse to push anti-trans rhetoric in the papers.

Others worried that, no matter what fate befell the statue, it would be politicized by all sides.

Hashtags such as ‘#JkRowlingIsOverParty’ and ‘#CancelRowling’ were shared far and wide across Twitter in recent months following the author’s concerns that children are being peer-pressured into gender reassignment surgery before they understand the full consequences of the decision.

She has repeatedly been labeled as a ‘TERF’ (trans-exclusionary radical feminist) by her opponents in the transgender community for expressing such dissenting views among the LGBTQ community.